On "Weed Wars," drug clichés go up in smoke 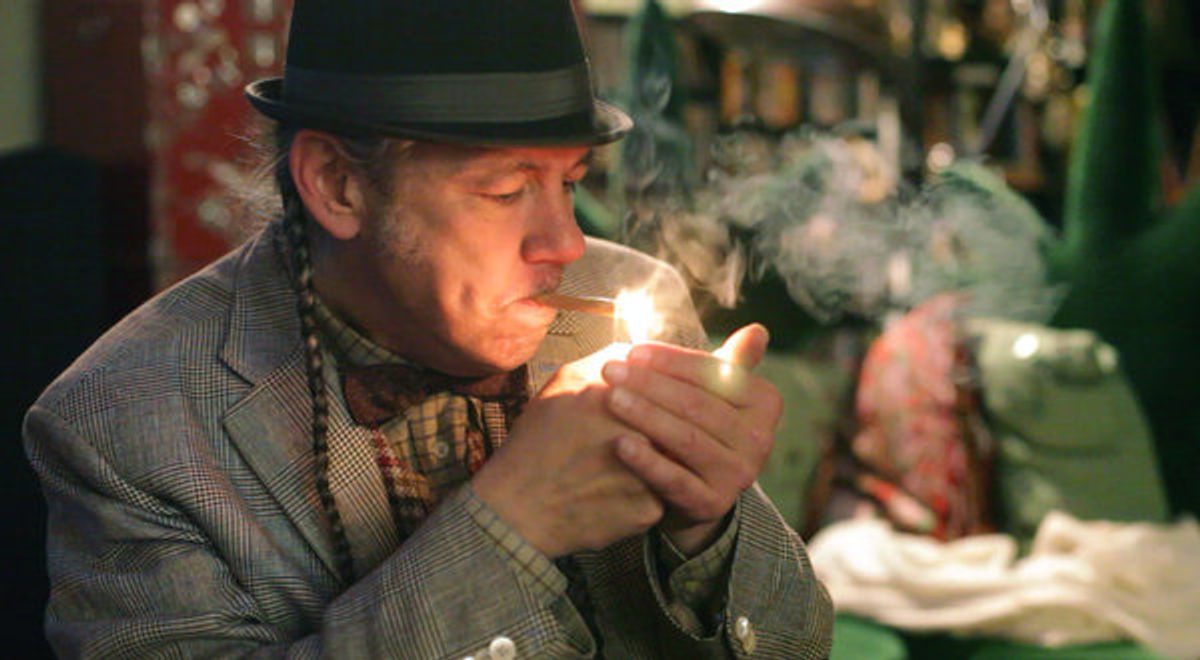 "I run a family business, and the business is cannabis," says Steve D'Angelo, a central character in Discovery's new series "Weed Wars" and the co-founder and executive director of Oakland's Harborside Health Center, which distributes medical marijuana to almost 100,000 customers. D'Angelo's matter-of-fact statement sums up the tone of this series, which treats the Harborside Heath Center as just another family-owned (albeit nonprofit) business, ultimately not too different from a veterinary clinic, a hair salon or a tattoo parlor.

Well, OK, there is one major difference: Although the clinic's main product can be sold legally to any California resident with a medical permit to buy it, the federal government still considers marijuana a Schedule 1 narcotic, as dangerous to the republic as crack cocaine. That means that in addition to the usual entrepreneurial headaches, D'Angelo and his brother Andrew, the clinic's general manager, live in fear of a massive bust by the DEA on whatever pretext -- a catastrophe that would wipe out everything they've built.

And there are other hassles, most of which could be grouped under the umbrella heading of, "The government fears and loathes us, but is happy to use us as a cash machine." The pilot -- which premieres Thursday night at 10 p.m./9 Central -- finds the D'Angelos sweating a $1.1. million tax bill suddenly levied by the city. The bill came about because Oakland voters passed an ordinance drastically raising the city's "cannabis tax" and stipulating that the entire bill for a given fiscal year be paid in advance. Although the clinic grosses about $20 million a year, it's a nonprofit that plows any income beyond costs back into the business. They don't have a million dollars lying around.

If you're repelled by the prospect of watching a series whose premiere revolves around a tax bill, "Weed Wars" isn't for you. The details of legal marijuana distribution are intriguing, and many of the show's characters are agreeably eccentric -- the business's co-founder and treasurer is a "pagan wizard" known as Dave Wedding Dress, who has a giant beard and wears a purple tie-died sundress -- but there's ultimately nothing glamorous, or even all that funny, about the events depicted on this show. The D'Angelos and their employees work hard and spend most of their days dealing with tedious but necessary chores. The clinic's display floor, which features varieties of cannabis behind glass, might as well be a deli counter. The flavors have pungent names such as Julius Caesar, Deep Purple and Jack the Ripper, but they're just clumps of bud in plastic jars and bags, visually indistinguishable from each other to anyone who's not an expert. One of the clinic's employees, Terryn, is raising his own crop in his basement help from an expert grower named Jon, but it's not the easy-money sidelight he imagined when he got into it. In the pilot we watch Terryn lose part of a crop to an aphid infestation and grouse that when you decide to grow marijuana, you're deciding to become a small farmer, and that it's a 60-hour-a-week job.

The very existence of "Weed Wars" is more remarkable than the show itself. Marijuana is still mostly illegal in this country, but public perception (and opinion polls) have shifted plenty over the past two decades, to the point where Showtime's "Weeds" can run for eight seasons, stoner comedy can become a mainstream movie subgenre, and politicians can feel emboldened to answer the question "Have you ever smoked it?" with a simple "yes" instead of "I experimented with it." Proposition 215 legalized medical marijuana in California 15 years ago, but it's hard to imagine any major cable channel circa 1996 -- or even 2006 -- chronicling the day-to-day operations of a clinic in the no-fuss manner of "Weed Wars." (MTV's "Real Life" ran a series last summer titled "I'm In the Marijuana Business," but it was more along the lines of "Jersey Shore" with weed, if that's not redundant.) The series is sympathetic to the D'Angelos and their enterprise, treating them as underdogs in a war of perception that they and their allies will ultimately win, if the day-to-day b.s. doesn't grind them down first. "I believe in this plant," Steve D'Angelo says. "I believe in what it can do for people."