The bailout that worked

U.S. automakers had their best month in years in November. That could mean something important on Election Day 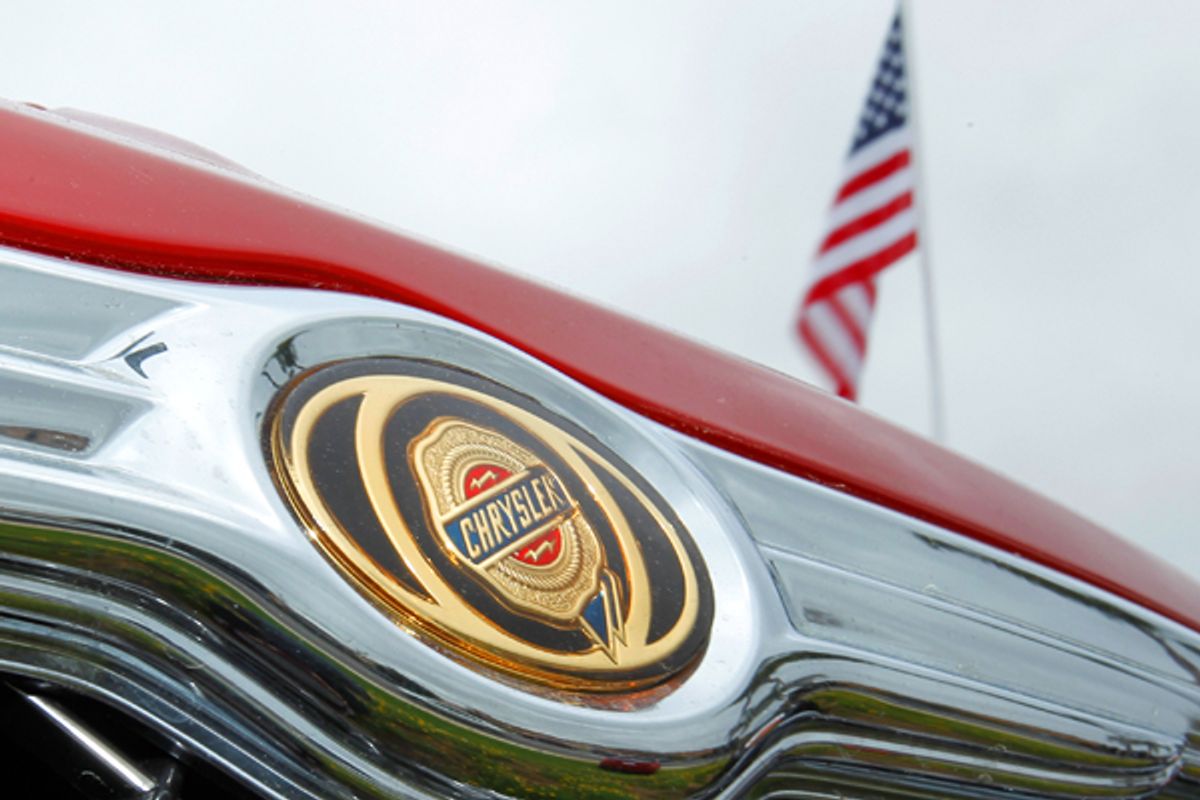 U.S. automakers registered another very strong month in November -- the best showing for the industry in over two years. Chrysler reported whopping year-on-year sales growth of 45 percent; Ford, 13 percent; and GM, 7 percent. Unemployment in Michigan, not uncoincidentally, is now a full 2 points lower than it was a year ago.

There are a handful of reasons explaining automaker good fortune. The average age of cars on the road is now up to an all-time record of 10.6 years; sooner or later, Americans were going to start upgrading. Consumer confidence is up, boosted by a string of consecutive months in which the U.S. economy managed to avoid slipping into recession. Automakers goosed the market with incentives and slightly lowered their credit requirements. Gas prices fell to their lowest point since February.

But as we get closer and closer to another presidential election, it's also worth reminding ourselves that without President Obama's bailout of GM and Chrysler, those two carmakers would most likely not exist in anything close to their present form. Each new month of strong sales underscores, again, that  Detroit's rescue was a smart move: the bailout that worked.

Both critics and boosters of the original decision by the Obama administration to broker an accelerated restructuring of GM and Chrysler have been pointing out the success of the strategy for more than a year. But for Obama, the continuing recovery of the auto industry could not possibly come at a better time. The Midwest will be a crucial political battleground in 2012 -- and there's really no better region in which Obama can say without fear of contravention that his policies prevented the loss of potentially hundreds of thousands of jobs.

Republicans campaigning in Michigan are going to have a much trickier time. In a Republican presidential debate held in Michigan two weeks ago, every single GOP candidate criticized the bailout. That's political poison -- something even Michigan's conservative political governor, Rick Snyder, understands.

"It wasn’t just one or two companies at risk, but the entire national supply chain," Snyder told the Detroit News. “Losing that would have had a devastating impact on the economy.”

The auto industry’s post-bailout comeback is one reason that Michigan’s economy is recovering from the recession at the second-fastest pace in the U.S., lifted by reviving carmakers and local manufacturers, according to a new Bloomberg index that tracks the pace of states’ growth.

Analysts believe that the strong performance will continue at least through December, providing a significant boost to fourth-quarter economic growth. If Americans continue to buy cars at the same or growing rates in 2012, they'll be making a fairly significant -- if unintentional -- political statement.