What Mitt Romney and Herman Cain have in common

As Jon Stewart points out, both are evasive about people in their past. For Mitt Romney, that person is Mitt Romney 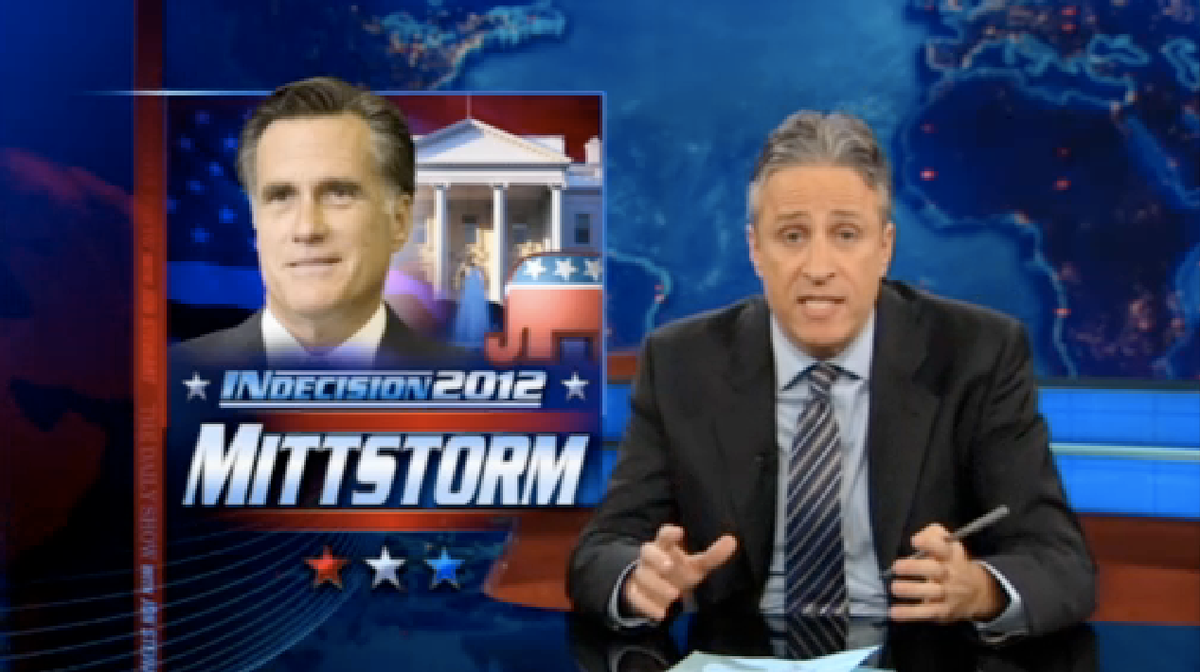 The dust settles from Mitt Romney's combative interview earlier this week with Fox News' Bret Baier, and at least one thing seems certain: The former Massachusetts governor appeared testy and defensive about his past policy positions in a way that only reinforces the conservative base's misgivings about him. In fact, Romney's conduct when discussing his past even reminded Jon Stewart of recent interviews with another Republican candidate: Herman Cain.

Just like Herman Cain, Mitt Romney has an embarrassing person in his past who he's desperately trying to hide. For Herman Cain, it's a woman named Ginger White. For Mitt Romney ... it's Mitt Romney. Mitt Romney Is his own mistress. And by the way it makes sense, because as they say, "opposites attract."