The Internet: Triumph of human evolution

The Web is more than just a powerful tool, it\'s our greatest adaptation. An expert explains why 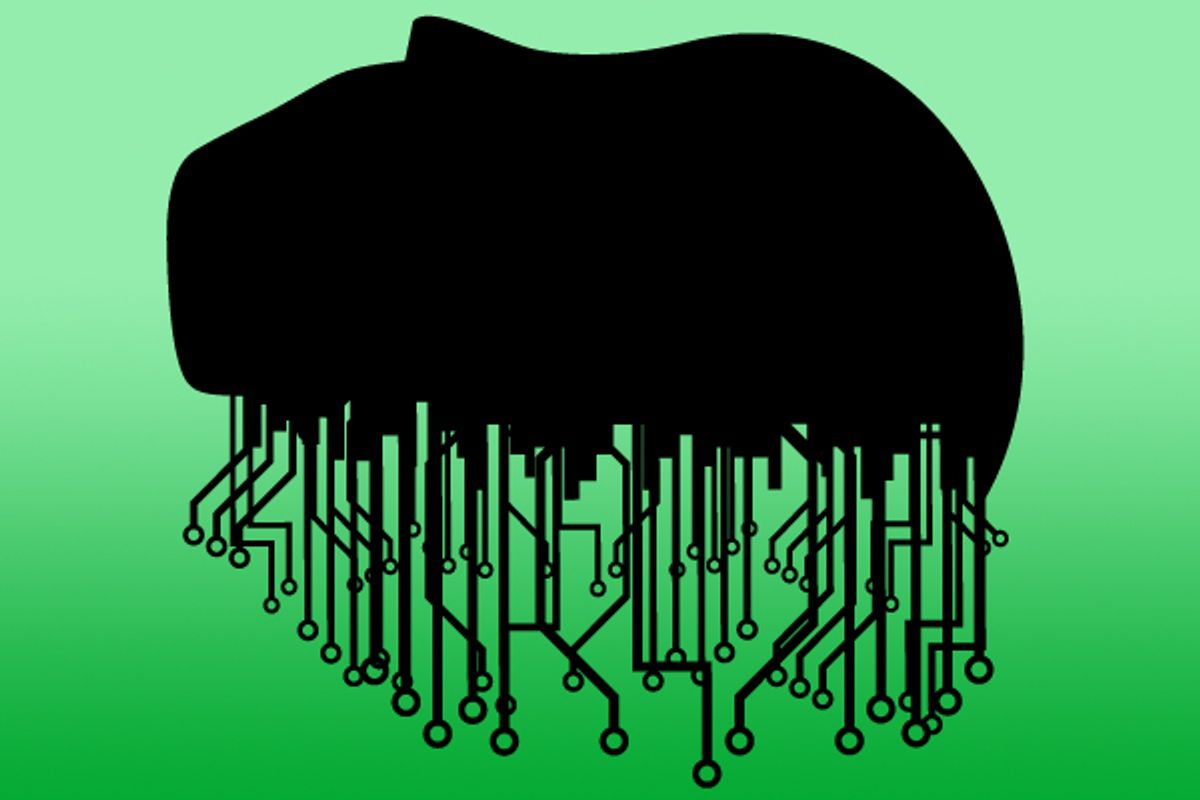 The Internet allows us to do all kinds of things we never imagined possible. It lets us communicate with people across the world. We can learn whatever we want at the click of a button. We can navigate roads using our iPhones, and translate languages within seconds. It makes us smarter, and more versatile, and faster than ever. But the Web isn't just a truly extraordinary invention, it is the apex of human evolution -- and the ultimate evolutionary adaptation.

It may seem strange to think of the Web as part of the process of natural selection, but Raymond Neubauer, a professor at the University of Texas, doesn't think so. In his far-reaching new book, "Evolution and the Emergent Self," he argues that technology should be seen as part of our planet's grand evolutionary narrative. He claims that two evolutionary strategies -- one, emphasizing simplicity and rapid reproduction (as in bacteria), and the other, emphasizing complexity and hyper-intelligence (as in humans) -- have been hugely successful in dominating the planet. The book charts the ways those strategies have managed to pop up everywhere from the animal kingdom to cellphones.

Salon spoke to Neubauer over the phone about the rise of the super-brain, his own religious beliefs and why outer space is almost certainly filled with life.

The book argues that books and cellphones and the Internet could be seen as part of our grander evolutionary strategy.

As I walk down the halls here, I see so many students typing away at their computers and everybody's walking around with their little auxiliary brain. One brain is no longer sufficient and that is certainly the next step in terms of being able to master the forces that have impinged on us and be able to protect and expand humanity. Computers and the Internet now are in a sense creating a global brain where you can access information almost instantaneously and anyone has access to it.

In a sense, the Internet could be seen as the apex of human evolution.

The Internet provides us [evolutionary] mastery. It shows us how to build things, overcome disease, and allows us to maintain and buffer our way of life despite perturbations from the environment. We are a species now that can not only live on land but go onto the sea and go into space. We're able to heat and cool our buildings at will in big cities where the lights never go out.

On the other hand, we're losing the ability to have long-lasting human relationships and I don't think everything is better necessarily through the union of technology and human behavior. We still need to confront each other face to face and talk about things to establish trust and work together. I don't see technology as the solution to all of our problems.

At the end of the book you introduce an element that a lot of scientists or science writers would be unwilling to address: God. You argue that evolution and monotheistic religion are compatible. Why?

I should point out, that takes up about six pages in a book of about 275 pages. I am religious, I'm Jewish, and I find that being totally open to what modern science has to say does not interfere with my religious beliefs, and my particular bias is monotheism. I talk about [humanity] as an apex of nature and as a culmination of this high information pathway and that is compatible with the idea that personality was there at the beginning. I'm very far from this kind of Bible thumping that says therefore there must have been a garden of Eden and therefore the earth is 6,000 years old, etc. I'm trying to outline a way in which evolution is actually a friend of religion rather than it's enemy. I think that is possible and that one can be totally open to what science is saying and still retain religious faith.

The numbers which allow our universe to exist are so improbable. There are about 14 different numbers which cannot be derived from fundamentals in physics, that allow this kind of universe to exist. It is also really orthodox at this point to say that there must be an infinity of universes and that there is a kind of eternal inflation taking place, that the entire cosmos is kind of like a glass of champagne that continuously has bubbles coming up in it.

I imagine that's a very courageous stance to take in your field.

Well, thank you. It's gotten me into trouble. It almost didn't pass the board of Columbia [University Press] when they wanted to make a final decision about the book and luckily it made it through.

Back to the technological issue: If we see the Internet as part of  human evolution, that suggests that evolution is no longer a random event -- and that we're now in control of it.

Randomness is clearly an important factor in what's happening in nature. But the analogy I give is if you throw a rock down a mountainside, accidents will happen as it falls downwards -- so each time you do it is likely to land in a different place. But you also can talk about the rock having an overall direction, and what I'm suggesting is that the way this universe was set up within the very first microsecond, there were parameters that gave it a destiny, and that destiny is working itself out through evolution over time. I shy away from the term "design" because I don't think that everything is being controlled moment to moment -- this is not God's puppet show. The God that some people believe in has to come to the table and take a shot every once in a while to sink a ball, but the God I believe in took one shot at the beginning of the game and sank all the balls.

In the book you conclude that it's very likely that life exists on other planets. Why?

Up until February of this year, astronomers had found about 500 planets outside our solar system, but now the United States has launched the Keppler Space telescope and after analyzing the data for about a half of the year, it has come up with another 1,500 prospective planets in an area that covers about 4 percent of the Milky Way.

Just by the law of probability, every star, no matter what its size, will have its habitable zone. That zone will be further out for a hot star and a cool one will have that zone closer in. If that is happening billions upon billions of times -- the Milky Way is estimated to have about 2- to 3 hundred billion stars and there are estimated to be at least 80 billion galaxies in the universe -- it's just simple probability that what has happened in this solar system is very likely happening in many places across the universe.

But there also need to be building blocks for that life -- lipids, amino acids and so forth.

The scientific progress that's been made in regard to the origin of life is just amazing. All of the components of cells have now been located through non-biological means. RNA can be synthesized in a non-biological way. Amino acids are widespread out there in interstellar space. Lipids are coming in on things like the Murchison meteorite. There's a whole class of meteorites known as carbonaceous meteorites that have fractions of carbon in them.

Because of stars, there are very large quantities of carbon and oxygen out there. Take oxygen and combine it with the most abundant element in the universe, which is hydrogen, and it's water -- which is now believed to be the most abundant solid phase molecule across the entire universe. So if we have abundant amounts of carbon and water and these raw materials of cells then I would say that the chances are very high that this process is happening elsewhere.

On a more specific level, what does and doesn't allow a planet to foster life?

There was a book about 10 years ago called "Rare Earth," which argued that life was probably widespread in the universe but that complex life was not. But a more recent book, by J. Kasting, a scientist at NASA called "How to Find a Habitable Planet," takes on a lot of these arguments and shows that there are just as strong arguments going the other way. If we look at life here on Earth it has an unbelievable toughness. We're finding life in liquids as acidic as battery acid. We are finding life in boiling pools. When we drill in the Antarctic under large distances of ice, in places that are in eternal darkness, there's plenty of life there and it's not just simple life, they've come up with shrimp and fish that live under those conditions. In other words, it looks like life might be an accident waiting to happen.

As someone has suggested, perhaps they have seen the content of our TV programs and that's precisely why they decided not to contact us, but Kasting, in his book, estimates that habitable worlds would be separated by about 250 light-years. That means if you say, "How are you?" you would need to wait 500 years for a reply that says, "Yes. I'm fine." We may be underestimating the ease with which a universe that has life scattered all over the place is able to communicate.