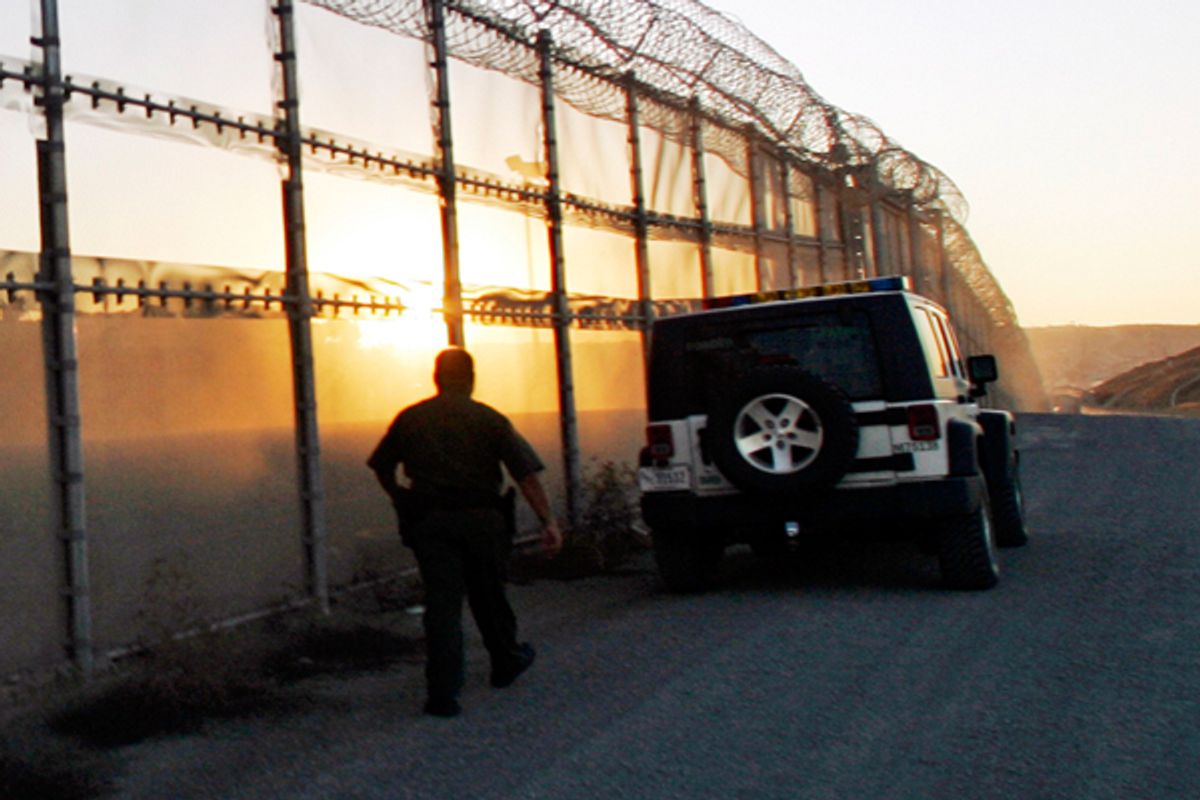 It's time for an important lesson in proper, civilized behavior. Drug war soldier Gallant launders vast sums of money for the Mexican drug cartels. Drug war soldier Goofus expresses skepticism at the size and scope of this expensive and deadly boondoggle. Goofus gets canned. Gallant is the Drug Enforcement Agency.

Today, in operations supervised by the Justice Department and orchestrated to get around sovereignty restrictions, the United States is running numerous undercover laundering investigations against Mexico’s most powerful cartels. One D.E.A. official said it was not unusual for American agents to pick up two or three loads of Mexican drug money each week. A second official said that as Mexican cartels extended their operations from Latin America to Africa, Europe and the Middle East, the reach of the operations had grown as well. When asked how much money had been laundered as a part of the operations, the official would only say, “A lot.”

“If you’re going to get into the business of laundering money,” the official added, “then you have to be able to launder money.”

Yes, but how do the feds decide which cartels to launder money for? Should the government really be picking "winners and losers" when it comes to Mexican drug cartels?

An expensive boondoggle like the ongoing war on drugs has its own nutty logic that may not make much sense to outsiders. Outsiders, for example, might think that laundering "a lot" of money for cartels in order to eventually follow that money to someone in a position of authority is a huge waste of time and resources that only makes the deadly gangs even stronger. But the agencies waging the war don't seem to have a lot of tolerance for opinions along those lines.

When Border Patrol agent Bryan Gonzalez told a colleague that legalizing marijuana would probably lessen violence in Mexico, his colleague reported Gonzalez to their bosses, and Gonzalez was fired.

Those remarks, along with others expressing sympathy for illegal immigrants from Mexico, were passed along to the Border Patrol headquarters in Washington. After an investigation, a termination letter arrived that said Mr. Gonzalez held “personal views that were contrary to core characteristics of Border Patrol Agents, which are patriotism, dedication and esprit de corps.”

Gonzalez is now with Law Enforcement Against Prohibition, and the ACLU has filed a suit on his behalf.

But LEAP's membership drives are slightly handicapped by the fact that law enforcement agencies see any sort of skepticism regarding the efficacy and morality of the drug war as dangerous and, apparently, unpatriotic. "We all know the drug war is a bad joke," an unidentified police officer told the Times. "But we also know that you’ll never get promoted if you’re seen as soft on drugs"

Its this institutional unwillingness to question the mission that leads to the DEA "combating" drug cartels by laundering their money and selling them weapons. Drug war logic means rural Washington needs a million dollars in federal grants going to a a "task force" that busts small-time dealers and raids houses of medicinal marijuana users with paramilitary weaponry and tactics. Does that seems extreme and wasteful? What are you, some kind of unpatriotic hippie?