Was White a victim of sexual politics, or a savvy player in a transactional economy? Even she doesn't seem sure 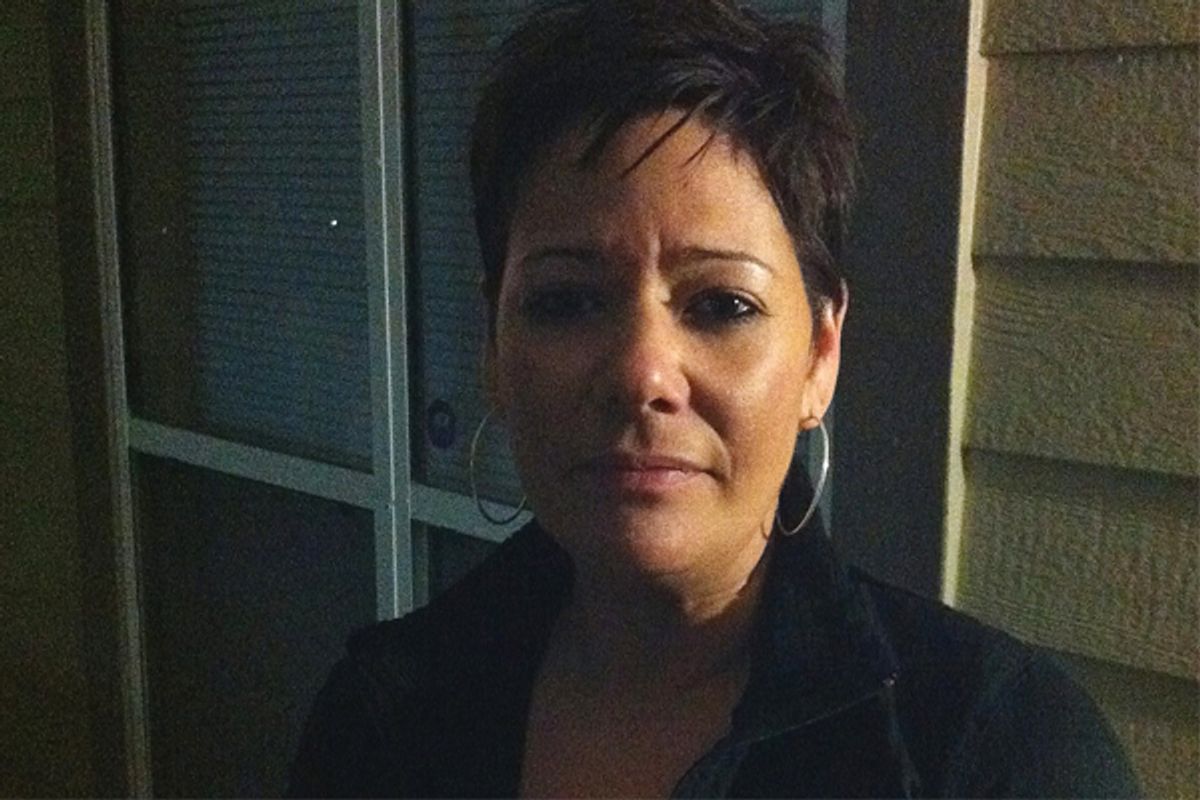 The velocity of political sex scandals these days is such that you can barely register the principals as they parade on and off the television set. It's a weird form of mercy. But even if there's no reason to pretend that Herman Cain matters anymore, it's worth stopping for a moment and pondering the peculiar story of Ginger White -- and what it tells us about transactional sex in our age.

It's fitting that the most revelatory interview with White comes via Leslie Bennetts, who happens to be known both for getting celebrities to let their guard down (while at Vanity Fair) and for her exhortations for women not to leave the workforce (in her book "The Feminine Mistake"). And no, the major nugget isn't that White says she thought about groceries while having sex with Cain. (Cain denies that the two had a sexual relationship.) It's how lack of money made White feel powerless, and sex (which, yes, she didn't much enjoy) proved the next best commodity. That made her miserable .

When White first came forward to allege a 13-year affair with Cain, she was described as a "businesswoman." According to Bennetts, she was "a clerk at a transportation company" when she met Cain, then worked at an employment staffing agency, where she filed a racial and sexual harassment case that ended in a settlement, then ran an ultimately failed spinning studio. She is currently unemployed.

In television interviews and photographs her mouth is in a permanent downward curve, her eyebrows meeting in a worried peak. Last week, she told George Stephanopoulos, "This was not sex for cash." She told Lawrence O'Donnell that "it wasn't a love affair. It was a sexual affair." But speaking to Bennetts, it was all about money and power, and a little escape that eventually made her feel trapped.

White described at first "sporadic" gifts, then, in the last two and a half years, there was consistent financial help every month. "But I think every time he had sex with me, he was getting a lot more than I was getting.” She may have been wisely playing to her audience when she described her ultimate disillusionment with Cain, but she seems too hapless to be that calculating:

Initially it was exciting, but when I started knowing who he was, it became less and less fun. The more time I spent around him and the more trips we took, I started liking him less. He was very flirtatious with other women when we were out together and very chauvinistic at times. I would say something about corporate America or sexual harassment in the workplace, or something about men and women, and he would give me the impression that he thought the man was always right. When I got involved with a sexual harassment case, he said, ‘Are you sure you want to do that, because you’re going to lose your job.’ I said, ‘Yes, absolutely I do.’”

No wonder she came out of the gate saying she sympathized with the women who had accused Cain of sexual harassment and believed they had been demonized, or that she saw similarities between her consensual relationship with him and their unwanted workplace experiences. Her own sexual harassment claim taught her that “you have to have a perfect background, a perfect life, to get someone to believe it if you accuse a powerful man of something like this.” By most traditional metrics, White does not have a "perfect background" -- she's in financial trouble, she has been divorced three times, there was a libel suit against her. Of course, by now we know Cain doesn't have a spotless past either, but even if he's left the election under a cloud, he probably will not need gas money, as White did to get to the interview, any time soon.

How did she get to that point, from "working and making my own money in my 20s" and "I never thought I would have to ask a man for money"? Some combination, perhaps, of single motherhood and divorce, or poor financial judgment, the economy -- and the perils of being too pretty. "In my world, women are treated as if they were a piece of meat. The shorter your skirt was and the prettier you were, the more they wanted you in front of the client. You’d go home and feel like, ‘I couldn’t take enough showers to wash this filth off me.’" But she also said that she didn't always resist: "When I was having trouble making a payment on something, there was this powerful man saying, ‘I’ll help you out.’"

Herman Cain wasn't the first man to do so, she told Bennetts. It “started becoming a game ... It makes you a bit cold. You have to be just as clever as they are, just as cold as they are, just as calculating as they are — and sometimes beat them at their own game." She claimed she wanted to start a fitness business because men wouldn't look at her and she could make other women feel beautiful at the same time. She seemed unsure if she wanted to cast herself as a victim or a gamer of a system in which female beauty is a blessing and a curse. She was probably both.