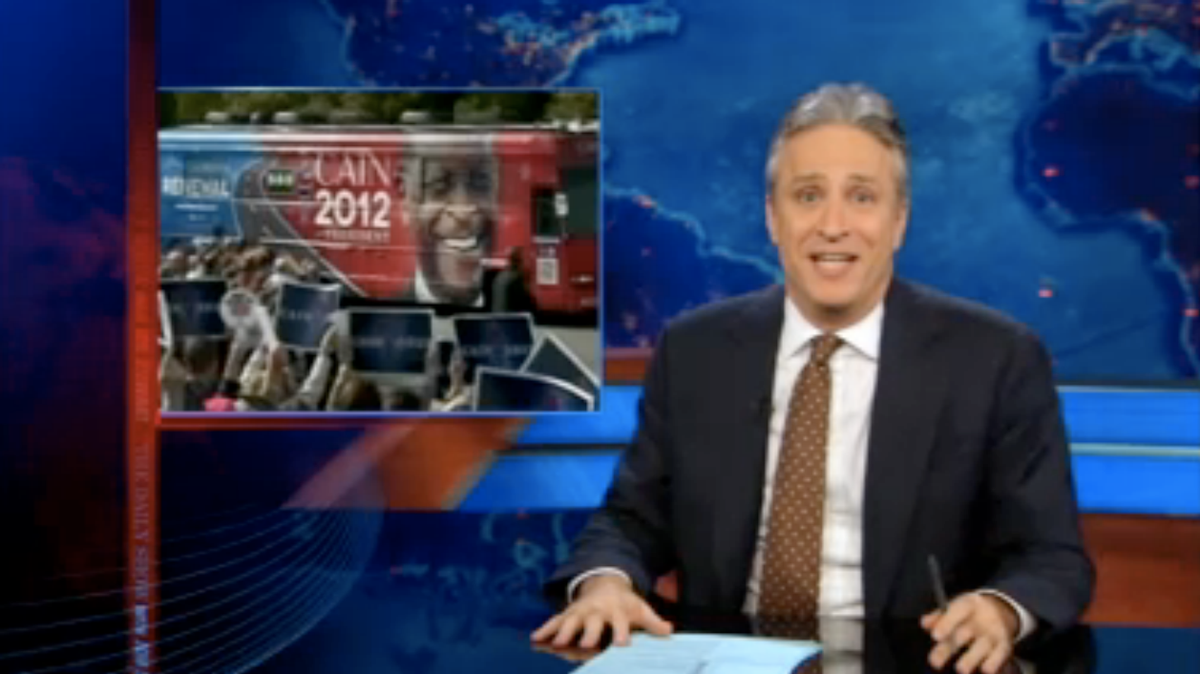 When Jon Stewart watched Herman Cain announce on Saturday that he would suspend his campaign, the comedian didn't see what many of the rest of us saw -- a bizarre, overlong, bewildering spectacle, replete with the sort of insane antics and half-baked rhetorical devices (read: a reference to the "Pokemon" movie) that have confounded expectations and frustrated Cain's detractors time and again these past several months. No. Instead, the Comedy Central host saw the closing of a comic gold mine. Fittingly, he said goodbye to the Cain campaign with something more than a hint of sadness.

Fear not, though: Newt Gingrich is surging in the polls, and there's plenty of grist for the comedy mill in the former speaker of the House. As Stewart observed:

That's Newt Gingrich's pitch: "I'm the thing that's been in your pantry forever." You could try your newfangled "Popped Tarts" and "Eggo'd" waffles, but if you look way back in there, there's a can of La Choy Baby Corn, a product that may or may not still be offered by the La Choy company. You don't remember buying it -- yet you don't remember ever being without it. And now you have no choice but to elect it president.