The movement goes to a new battleground against the 1 percent: Foreclosed homes in Brooklyn 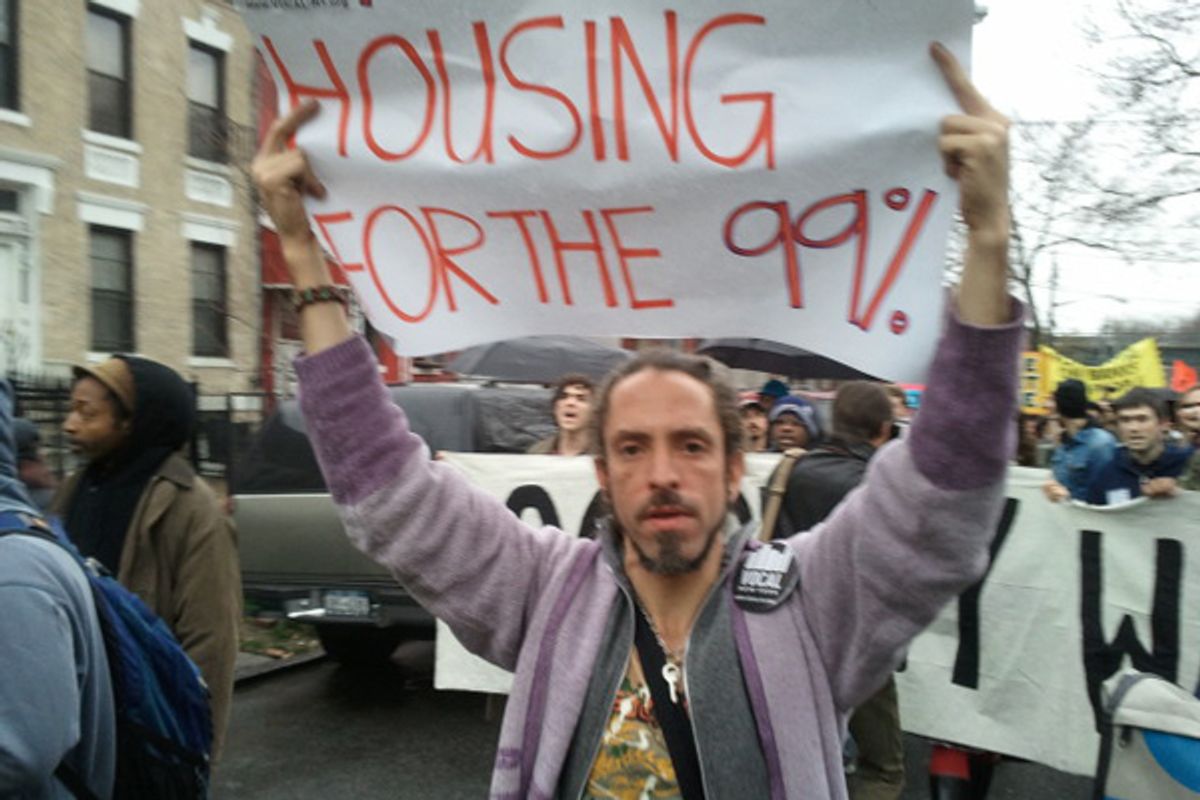 East New York is a long way from Wall Street.

While the Brooklyn neighborhood is a mere nine miles from the gilded skyscrapers of Manhattan’s financial district, its residents live in some of the most dire conditions of any place in America.

Heavily black and Hispanic, the neighborhood has the highest foreclosure rate in the entire city. Fully half of the population of East New York and surrounding neighborhoods receive some form of federal assistance like welfare or Medicaid.

Today, Occupy Wall Street activists are teaming up with existing progressive and community groups to launch Occupy Our Homes – a campaign on the foreclosure crisis – in cities around the country. One action will take place in East New York.

The campaign is expected to feature aggressive tactics such as eviction defenses, takeovers of vacant bank-owned properties, and disruptions at foreclosure auctions. The full story on the organizing of the new campaign is here.  The background on current state of the foreclosure crisis is here.

Stay tuned as I tweet live from today’s action …