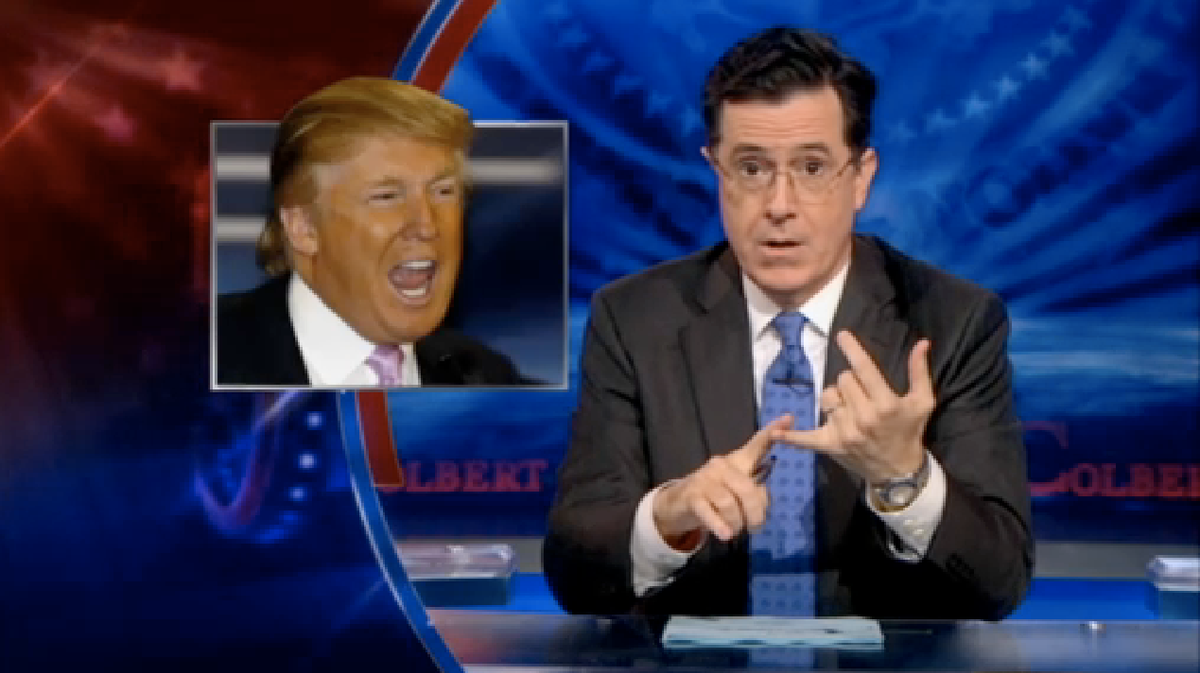 With less than a month until the Iowa caucuses, the race for the Republican nomination is finally headed to the voting booth, where rank-and-file party members will make the choice, presumably between Mitt Romney and Newt Gingrich. The  stakes never higher, serious Republicans no doubt hoped that the theatrics that characterized the early stretches of the nominating process would recede into the background. Unfortunately for them, Donald Trump has gotten himself a debate.

Predictably, establishment conservatives like George Will and Karl Rove are incensed at the prospect of a Trump-moderated debate. Stephen Colbert, meanwhile, has his own bone to pick with the hotel tycoon, and last night he dusted off his best Donald impression to do it:

The point is: Forget Donald Trump. He's history, rolled in "forget him," smothered in a yesterday sauce. Tomorrow is about me, the most famous man in the history of South Carolina. The GOP wants a serious debate? They deserve it. Bar none, they're the best party in the world. That includes space. That is why, as of this moment, I am officially announcing my own Republican debate: Stephen Colbert's Serious, Classy, South Carolina Republican Debate. I am doing this.