My Brilliant Second Career: We never thought we'd be grocers

Brian and I were in-debt New Yorkers looking to buy feta in a small town. Instead, we bought a new life 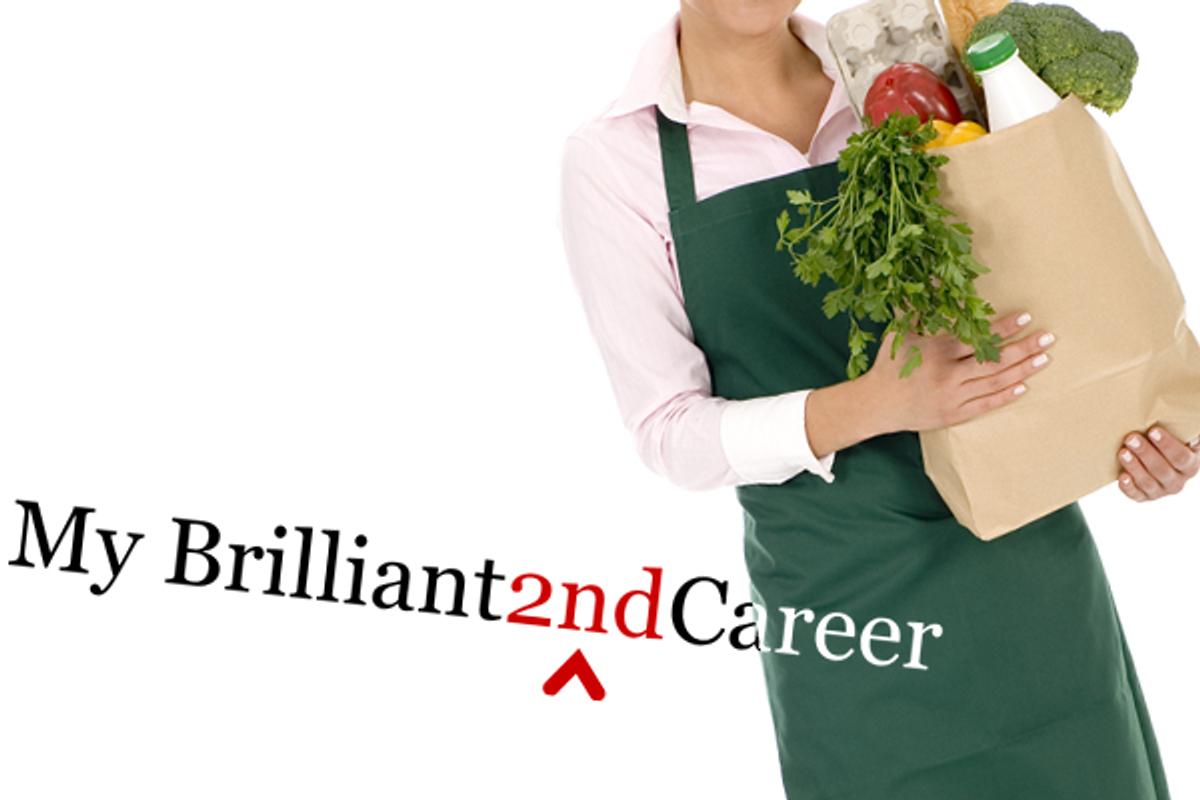 This is a series about people who stared down the Great Recession -- and reinvented themselves along the way. Do you have a great Plan B success story? Post it on Open Salon, tag it "My Brilliant Second Career," and we might publish it on Salon -- and pay you for it. A version of this story originally appeared on Katie McCaskey's Open Salon blog.

George Bowers was a New Yorker who died at the turn of last century. It turns out, he would change my life. But back in 2007, I'd never even heard of him. At the time I lived with my boyfriend, Brian, in New York City. Two things kept me awake at night: overwhelming student loan debt, and the fantasy that in a rising real estate market I could cash in and make it disappear.

The only place I could afford to purchase a house was in the small Virginia town I’d left 22 years earlier. I’d recently visited it, and, viewing it with fresh eyes, was impressed with its character and walkable historic downtown. In early 2008 Brian and I took the Amtrak down. We bought our first house, an 1866 stone cottage. We rode home giddy.

The Monday we returned to the city, Brian lost his job. In retrospect, this shouldn't have come as a surprise. The small architectural firm he worked for served very high-end clients. And we were at the start of a national — and eventually personal — implosion. After some debate we resolved to move south. Brian would work on the house, and I would continue to telecommute to my job in Boston.

One night, we were making dinner and realized we didn’t have any feta cheese. In the city we could step outside at any hour for such a need. Baguettes, olive oil -- those were all available for purchase at any corner grocery. But that seemed laughably bourgeois now. The following day, as I was retelling this to a talkative coffee shop owner, he said there used to be a grocery store next door.

He told me of George Bowers, a man who hopped the train from New York City to set up a prosperous grocery here in the 1870s. In 1881 George expanded to his second, and final location, which was next to the present-day coffee shop.

I casually noted that it would be good to have a neighborhood grocery again, and thought that was the end of the conversation. But a short time later the coffee slinger and his New York transplant wife decided to reopen Bowers' store: Would we like to be the “passive” minority partners? It seemed like an opportunity to invest in our new community and solve the where-can-we-walk-to-buy-feta “problem” at the same time.

It was great: We rebuilt George’s original location as a turn-of-the-century grocery, complete with dark wood and marble; we featured local and specialty foods. We “reopened” George’s old grocery to much fanfare.

The business partnership, however, was a disaster. We discovered our partners could barely tolerate each other. They couldn’t keep agreed-upon schedules and regularly disappeared. To complicate matters, they also owned the 130-year-old building our shared business paid to renovate. Their enthusiasm for the project quickly centered on collecting the rent.

A month after we opened they closed their coffee shop next door. “Bad economy,” they explained. The closure left our fledgling business deserted three blocks from any other business. Overnight the market crashed and the money dried up.

Our partners turned their attention to their roster of ramshackle rental houses and decided to hold George hostage: “We’re the majority owners. We’re closing this business unless you pay us to leave.”

So there we had it: two bad choices. Pay these jerks to leave, or service a bank note on capital improvements made to their building and the start-up costs of a 3-month-old business.

In the end, we paid them to leave. This decision put tremendous additional debt burden on the business each month. Before we could celebrate taking control of the new business, we were met with new challenges.

I lost my job as content strategy director for a banking start-up. We stopped work on the house. Our heater died during the coldest winter on record. The cat’s water dish froze solid inside our old, drafty house. Twice.

When we could no longer afford health insurance, we bought life insurance. Eventually we couldn’t afford that. We drained our savings and maxed out our credit cards. Those damn student loans still caused me sleepless nights.

Besides, we had a business to save. Our inventory disappeared because we were eating it to survive. Our electricity and water were shut off. It got bleak. Very bleak. But we kept going.

We dismantled the parts of the business we didn’t like, and worked to grow in new directions.We borrowed bridge funds from our local micro-lender. We were recipients of generosity from unexpected sources. We hustled. We got great advice and experienced a few lucky breaks. We bought more inventory. We fixed our heater. We got current on our bills.

On May Day, 2009, we crawled from the wreckage and got married at the courthouse under a smiling portrait of John Wayne.

This summer we moved to a better location. We're in an old schoolhouse at the intersection of our neighborhood and downtown. We expanded with a cafe and patio beer garden. We feature live music four nights a week. We still work very hard. But now, George is working for us, too.

Starting a business in a small town continues to teach me many lessons. I have a new appreciation for people across this country who work so hard and sacrifice so much to operate independent businesses. These are tough and determined people. Every day they work against damning statistics of failure. I know; I’ve lived it.

George Bowers Grocery has also taught me a great deal about community. Specifically, how tightly connected we are, economically and emotionally. We are grateful for our neighbors’ ongoing support. We are also thankful to live in a community that values entrepreneurship enough to put the money on the table when the banks would not (thanks, Staunton Creative Community Fund).

George has taught me how much I value living in a walkable city where my economic efforts directly impact the health and happiness of my neighbors. It’s a role I didn’t imagine but have grown to love.

Katie McCaskey is co-owner of George Bowers Grocery in Staunton, Virginia. Her book forthcoming, "Urban Escapee: How to Ditch the Commute, Build a Business, and Revitalize Main Street," will be published next year.