Obama says no to Plan B for teens

Once again, fear of teen sex trumps public health as a Cabinet secretary overrules the FDA 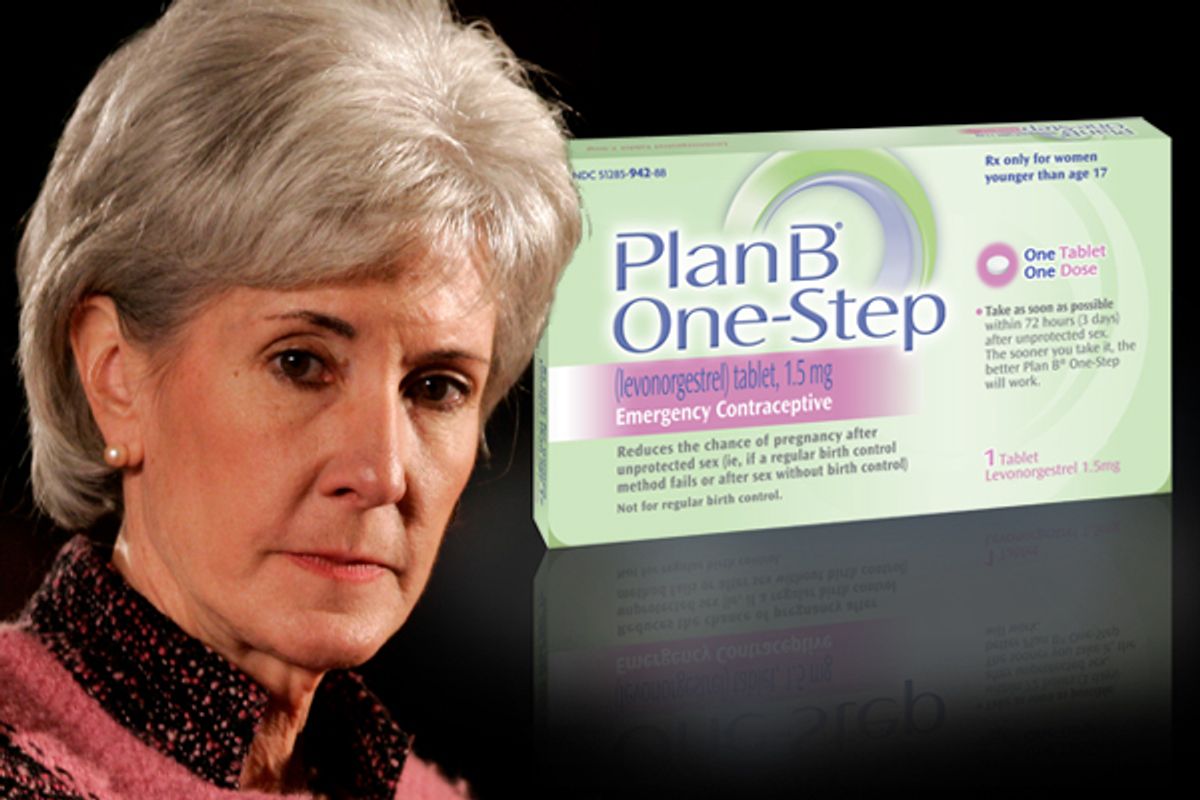 Why does Obama want your innocent little girl to have sex without you knowing?

The fear of an attack ad along those lines must have motivated the Obama administration's decision today to overrule the Food and Drug Administration's recommendation to allow emergency contraception to be sold on store shelves, and made available without a prescription to those under 17. There's certainly no explanation based in science.

In an extraordinary statement, FDA commissioner Margaret Hamburg said she agreed with an internal study that "there is adequate and reasonable, well-supported and science-based evidence that Plan B One-Step is safe and effective and should be approved for non-prescription use for all females of child-bearing potential." But, she said, the secretary of Health and Human Services, Kathleen Sebelius, disagreed. Sebelius issued her own wishy-washy statement, claiming there wasn't enough data on the drug's effects on adolescents.

But there is no honest public-health reason to force teenage girls to see a doctor before accessing emergency contraception. There are only political ones. (The morning-after pill will still be available at pharmacies without a prescription for women over 17.)

So what happened? Although it's hard to believe that conservative voters would be particularly swayed by the president's capitulation on this front, teen sex has always had a special place in paternalistic and politicized approaches to public health. It doesn't matter that teenagers can, and do, get pregnant (or contract sexually transmitted diseases) just like women over 17. They still have to be "protected" by parental-notification laws about abortion or from comprehensive, scientifically grounded information about sex. Politically speaking, teenagers aren't exactly a powerful voting bloc -- but their terrified parents are presumed to be.

The administration also appears to have bungled its handling of natural allies. Two congresswomen, Reps. Louise Slaughter and Diana de Gette,  sounded preemptively triumphant in a Huffington Post Op-Ed yesterday, calling this week "the cusp of an exciting milestone for women's health." Women's groups also seem to have gotten the signal to start celebrating -- whoops! Meanwhile, public health officials, who were promised "scientific decisions based on facts, not ideology," are surely feeling demoralized right about now. So is anyone who cares about reducing the country's catastrophically high teenage pregnancy rate.