The Rock and Roll Hall of Fame whiffs again

We know the museum is all about money, not music. Still, does it have to be this white and this lame? 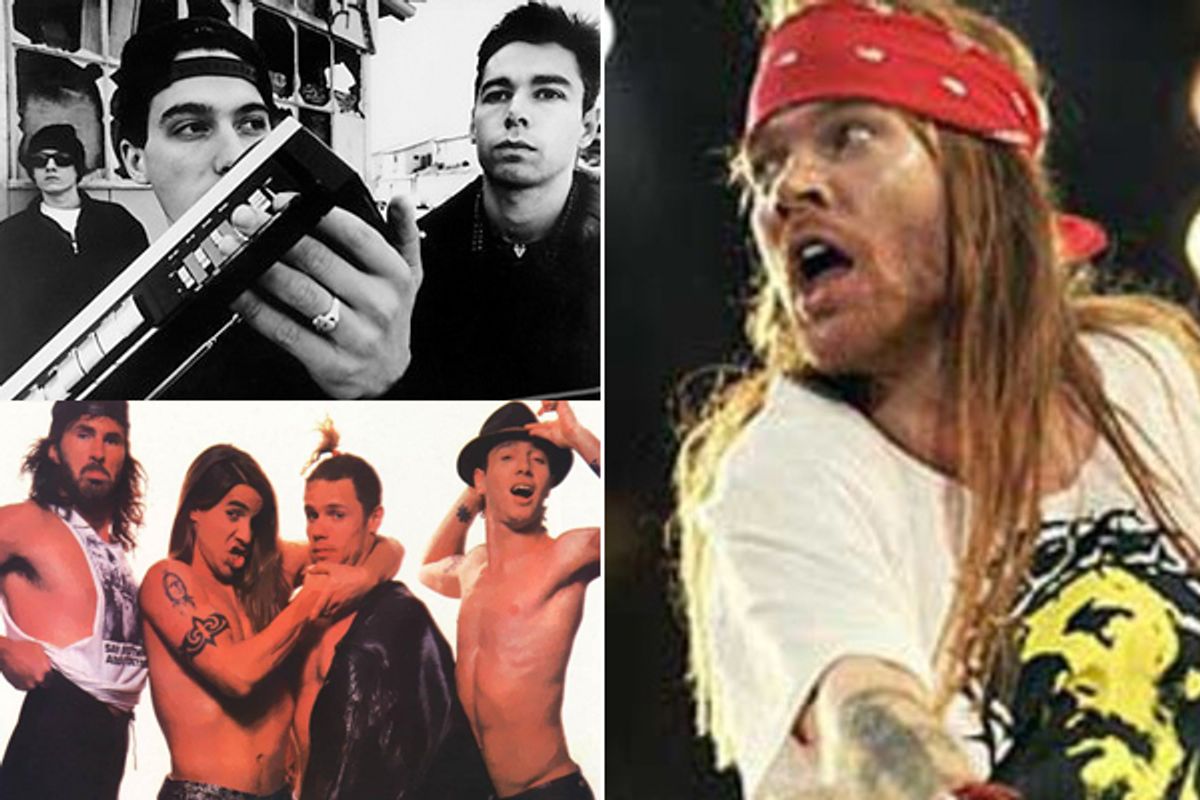 Here’s a quick rock trivia quiz: Which of the following acts has NOT been inducted into the Rock & Roll Hall of Fame?

OK, it’s a trick question. None of these artists has been included into the Hall of Fame, despite their unique contributions to the form. A jazz musician with a long career, Jones produced Michael Jackson’s "Thriller," which ought to make him an obvious choice. Similarly, Young practically invented the disco drumbeat in the early 1970s, and later in that decade Afrika Bambaataa pioneered scratching and sampling to lay the groundwork for hip-hop. Before she notched hits as a solo artist, Carole King wrote or co-wrote smashes for Aretha Franklin, the Crystals, the Shirelles and many others. KISS is KISS, of course, but the New York Dolls gave punk a place to crash after it got off the bus from Detroit. The Cure are goth godfathers who might have outstayed their welcome but continue to exert considerable influence over younger musicians. (Adele even covers their ’90 hit “Lovesong” on her gazillion-selling, industry-saving "21.")

With all that in mind, getting upset over the annual Rock and Roll Hall of Fame inductions is a bit like grousing over the Oscars or the National Book Award or baseball’s increasingly labyrinthine postseason. There’s always something to disagree with or to rage against — and to a certain extent, that grumbling is part of the point. On the most basic level, these institutions, from the Academy to pro sports, exist to get people talking. And the Hall of Fame announcements certainly accomplish that goal, dominating the entertainment news cycle for at least a day or two before getting picked up by print media for another belated round.

But is it too much to ask that the institution better represent the full breadth and diversity of the rock 'n' roll era? Couldn’t it just try to be as edgy and challenging and broadminded as the music it seeks to enshrine? This year’s list of inductees, announced on Monday night, is almost a parody of cloistered, white-dude rock concerns, adhering to the moldy boomer ideal of rock stars as guys playing “real” instruments, lodging smash hits and sticking around for a couple of years too long.

They’re worthy inductees, but still barely manage more than a yawn, much less a headline. Guns n' Roses may be one of the best rock acts of the hair-metal era, but lately they (or, more precisely, Axl Rose) serve as a cautionary tale of the dangers of long hiatuses, canceled concerts and cornrows. The Red Hot Chili Peppers pioneered a particular brand of funk/punk rock, but influenced exactly no one. And there’s the Beastie Boys, a trio of white rappers who started out as fight-for-your-right punks and ended up as Brooklyn farmers’ market rappers. Rounding out the list: belated inductions for insufferable ‘60s folkie Donovan, underpraised songwriter Laura Nyro and the curious combination of Faces/Small Faces.

But another list puts this one to shame: The nominees who fell short of induction — who didn’t garner enough votes from the 500 or so Hall of Fame members — include Joan Jett & the Blackhearts, Rufus & Chaka Khan, Donna Summer, War, the Cure and Eric B. & Rakim. For the Hall of Fame, these acts represent the margins of rock 'n' roll -- not because they’re black, female or black and female, but because their accomplishments don’t fall into an accepted definition of rock success. Eric B. & Rakim are considered to be one of the most important hip-hop acts of the 1980s, developing an intricate vocal style that bridges the sing-speak rhyming of early rap to the tongue-twisting flow of more recent acts. They may not have had a No. 1 record, but their influence cannot be understated.

Rock fans have never been kind to disco, and likewise, the Hall of Fame has never been kind to disco artists. Many of the genre’s biggest stars have been kept out of the Hall of Fame, now including Summer, who should have been a shoo-in based on her work with Giorgio Moroder alone. But disco sucks, right? Well, not really. Over the past few years, a slew of books — notably, Peter Shapiro’s "Turn the Beat Around" to Alice Echols’ "Hot Stuff: Disco and the Remaking of American Culture" — have argued very persuasively for disco as an innovative genre that provided both a loud voice and a safe haven for post-civil rights African-Americans and post-Stonewall gays. At least, that is, until the mainstream picked up on it and diluted it with lame acts like Rick Dees and the Village People. Disco is undergoing a much-needed reevaluation, but once again the Hall of Fame lags behind the most important rock history and criticism.

Since its inception in 1983, the Hall of Fame has borne its share of naysaying. Detractors argue that rock is youth music corrupted by adults, that putting rock musicians in a museum only negates their rebellion, or that rock has become as entrenched in the establishment as the dull music of the ‘40s and ‘50s it was originally intended to displace. There’s no doubt that the Hall of Fame represents a dinosaur-act approach to rock success, which appears increasingly out of touch in the Internet age: More than ever before, access to all forms and genres of music is limited only by bandwidth and curiosity, which means listeners even outside the most active scenes are hearing more kinds of music and artists are incorporating much wider ranges of influence. They’re rediscovering acts like Joy Division (not inducted), the Cure (not inducted), John Fahey (not inducted), and Love (not inducted?!), among countless other obscure or semi-obscure acts. It’s more than any one lumbering institution can keep up with.

Of course, many would argue that the Hall of Fame’s true mission isn’t curatorial, but commercial. According to a recent article in the New York Times, “Weekly record sales for a performer or band leap 40 to 60 percent, on average, in the weeks after selection, says David Bakula, a senior vice president at Nielsen SoundScan. While winning a Grammy often helps one album, a nod from Cleveland can lift an entire back catalog.” That’s great news for a faltering industry, especially when back catalog sales already dwarf new albums sales. In other words, the Hall of Fame isn’t going anywhere, even if it’s incredibly ill-suited for its self-appointed job of promoting rock’s back pages.

Rock And Roll Hall Of Fame