Will there even be a Donald Trump debate now?

GOP candidates are fleeing from his "clown-like" event. Is it in anyone's interest for this show to go on? 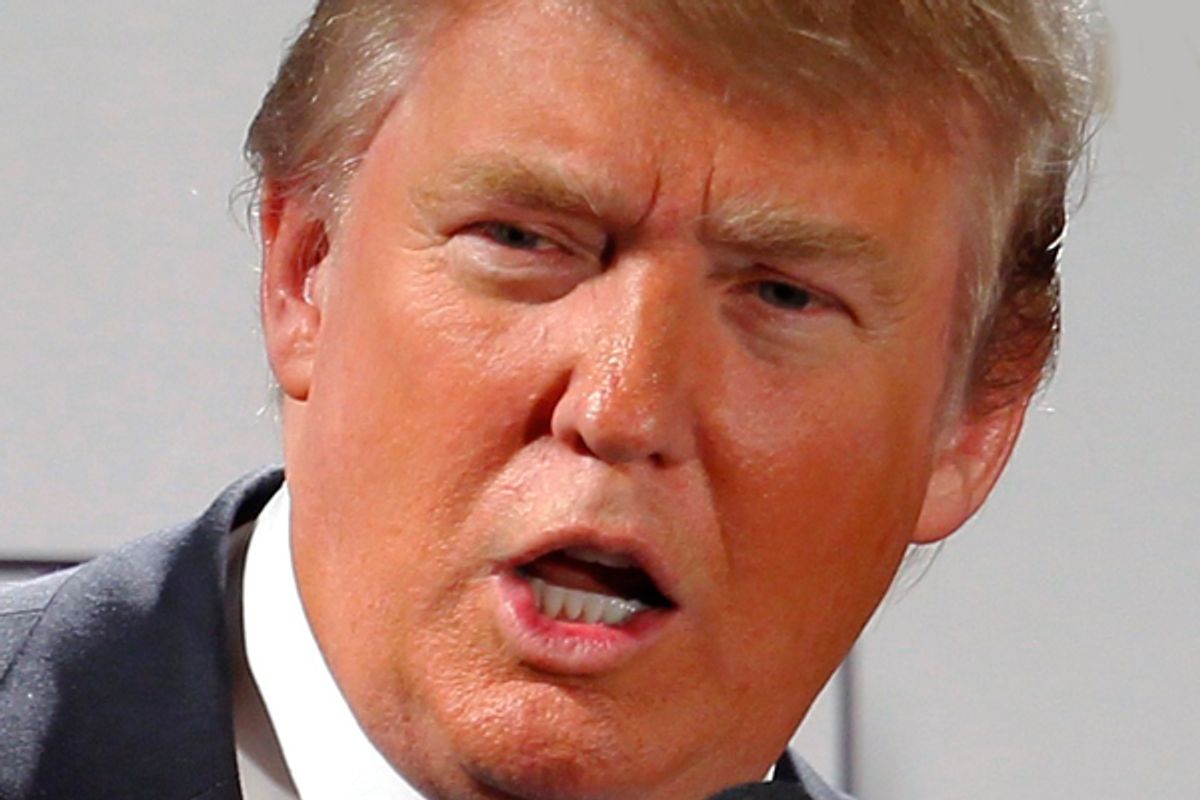 In theory, the Donald Trump-moderated debate scheduled for Dec. 27 could be a big deal, since it will come just a week before the lead-off Iowa caucuses. But the two candidates who are running in second and third place in Iowa polling aren't going to participate. Mitt Romney placed a personal call to Trump to decline the invitation, claiming his schedule is already too packed, while Ron Paul didn't even try to be polite, dismissing the whole thing as "clown-like."

"I don't quite understand the marching to his office," Paul explained. "I didn't realize he had the ability to lay on hands and anoint people."

Jon Huntsman, who isn't competing in Iowa, also got in a shot, saying that he wouldn't kiss Trump's ring -- "or any other part of his anatomy." This leaves just two candidates who have said yes, Newt Gingrich and Rick Santorum, with Michele Bachmann publicly noncommittal (she says she has doubts about Trump's "objectivity") and Rick Perry not yet weighing in -- although he's previously made it clear that he'd like to avoid debates when possible.

The real question now may be when Trump and Newsmax, the debate's sponsor, decide to call it off. At this point, Trump isn't going to get the ego boost that he was hoping for, not if an event with his name on it is only able to draw Gingrich and one or two hopeless no-shots, nor will Newsmax get the credibility that might come from organizing a major, must-see event. Nor can Gingrich be very excited by the prospect of parrying frantic attacks from Santorum (and maybe Bachmann) while his real rivals are nowhere in sight.

Assuming it is ultimately canceled, though, Gingrich probably "won" the debate anyway, by virtue of his reaction on Fox News last night to Romney's refusal to participate:

After all, the notion that he is the master debater of American politics and that everyone who's anyone is afraid to face off with him really is central to Gingrich's appeal to conservatives.