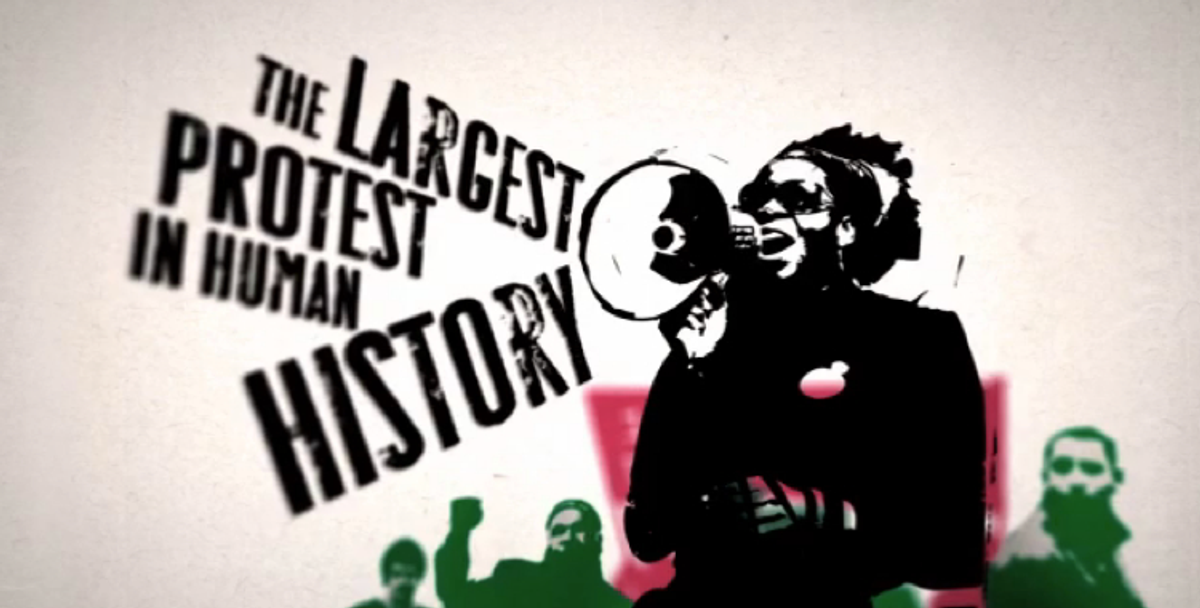 On Feb. 15, 2003, the planet experienced the greatest single non-military mobilization of humanity in the history of the world. People in 800 cities (and Antarctica) marched to voice their opposition as George Bush's countdown clock ticked away the days toward the threatened U.S. invasion of Iraq. Estimates of the total numbers of protesters vary widely but it seems plausible that 15 million took to the streets.

It turned out even worse than we feared. Eight years of war. More than 4,700 soldiers killed. How many Iraqis were killed. Infuriatingly, we don't know, but 650,000 is a conservative estimate. And it cost $800 billion, more than we spent on World War II. What we could have done with that money.

The huge protests failed to prevent the war -- and the day itself has been almost universally dismissed as a failure. But is that the end of the story? We Are Many, a new film-in-progress, makes a passionate case that to dismiss that day as a failure is to misjudge politics and misunderstand history. The filmmaker, Amir Amirani, aims to trace the story of that one day -- the who, what, where, why, and how of it -- and offers a new interpretation of  its meaning and legacy. He ties Feb. 15, 2003, to a new kind of people power born with the 21st century and connects it to the Arab Spring and the Occupy movement.

As U.S producer of the film (and a Salon video creator), I can tell you that  that London-based Amirani has been working his heart out on the film for a few years now, and is currently in the home stretch of a Kickstarter campaign to raise the money he needs to get the rest of the film in the can. If there's one project that should be ideal for crowd funding, a film about the world's biggest crowd would be it. Even very small donations are meaningful if enough people pitch in.

You can watch the trailer on the Kickstarter page and post your story of that day on the project's website. The heart of the film will be the stories of the organizers and especially the ordinary people who turned out to shout at the very least: "Not in Our Name."