It's time to legalize prostitution 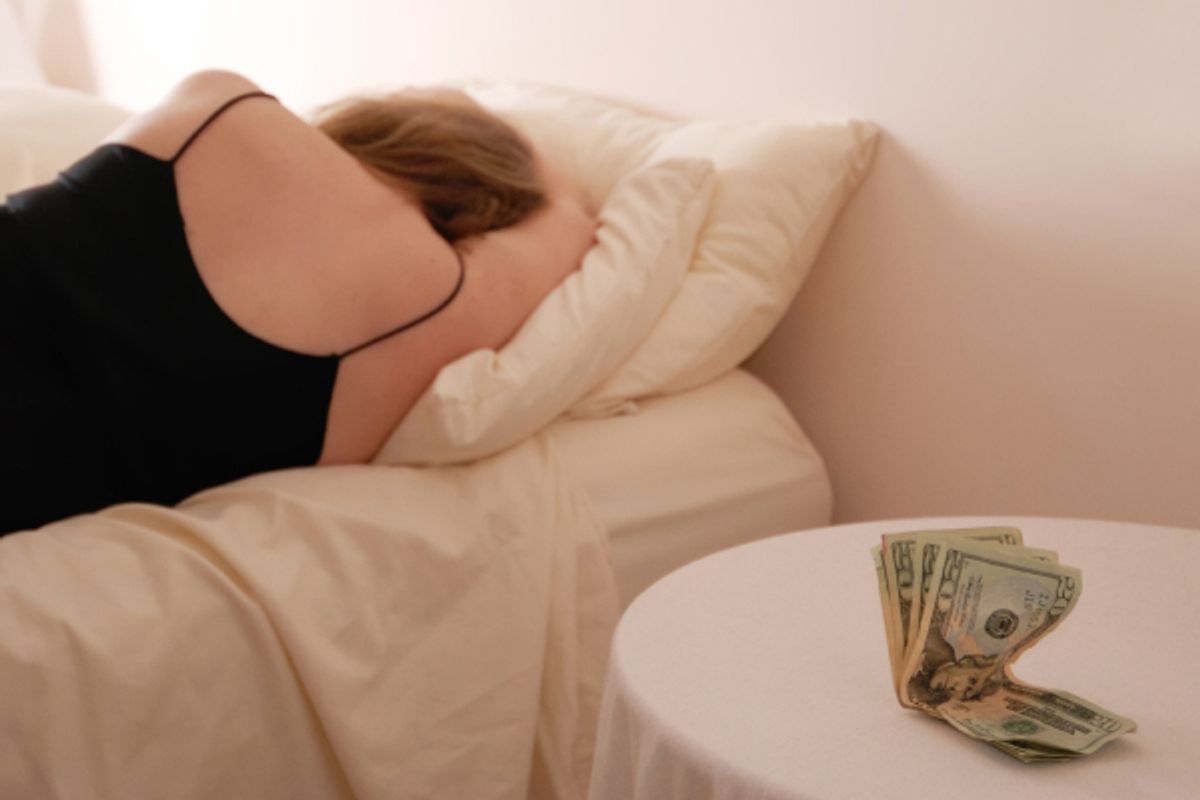 From child sex slaves to affluent call girls, debates over prostitution tend to rely on sensationalistic extremes. But Ronald Weitzer's "Legalizing Prostitution: From Illicit Vice to Lawful Business" turns instead to the sober jargon of lawyers and policy nerds.

OK, so it isn’t the sexiest case ever made for the legalization of prostitution, but it is one of the more intelligent, measured and comprehensive looks at alternatives to criminalizing the trade. Instead of the usual polarizing rhetoric about how sex work is inherently empowering or debasing, the George Washington University sociology professor takes the more practical approach of investigating how to best reduce harm within the industry, specifically within the U.S. His research takes him everywhere from Las Vegas to Frankfurt in search of the best and most realistic policy aims. Ultimately, he recommends a two-track approach stateside, where street prostitution, which he dubs a "social problem," is treated dramatically differently from indoor prostitution involving consenting adults.

Despite American society becoming increasingly sexualized, we've become less and less tolerant of the sex trade. Regardless, though, Weitzer says the time to discuss the possibility of decriminalizing prostitution is now. After all, we've seen "the gradual if incomplete normalization of some other kinds of vice or deviance over the past 40 years," he writes, citing the examples of gambling, gay rights, marijuana and the proliferation of pornography. Whether you agree with his conclusion or not, his book is a trustworthy guide to recent research on the global sex trade.

Weitzer spoke to Salon by phone about the harm done by criminalization, the benefits of indoor sex work and how trafficking is eclipsing debate over consensual adult prostitution.

Why is it so important to draw a distinction between street prostitution and indoor sex work?

Street prostitution differs from indoor sex work in some substantial ways -- both in the way it manifests itself and in the kinds of people who tend to end up in street prostitution. Street prostitution has higher rates of addictive drug use and a higher percentage of workers are runaways, underage and have a pimp. Indoor sex work isn't always preferable to street work, and there are some places in the world where people work indoors at high risk and are heavily exploited or experience violence, but in general, we find that indoor prostitution is potentially better for sex workers.

There's also an impact on the surrounding community of street-level work insofar as the negotiations take place on the street. Residents often try to pressure local authorities to crack down on street prostitution – they're annoyed at sex acts being performed in public, workers getting in fights with potential clients or pimps, ordinary people in the neighborhood being hit on by clients or propositioned by the sex workers themselves. There's a litany of grievances.

You hit on this earlier: You argue in the book that street prostitution is a social problem. What does that mean in terms of how we address the problem?

It's very complex and requires more resources than are currently being devoted to street prostitution throughout the U.S. and many other countries. It's not just a criminal justice problem where arresting people, maybe incarcerating them for a short period of time or fining them, is going to resolve the problem. It’s a social problem because many of the people who work on the street are disadvantaged to begin with. They come from broken homes or are runaways, and are engaged in survival sex -- they're basically a much more desperate population than what we find indoors.

Very few resources are provided to help people get off the street -- basically it's this revolving door of criminal justice and law enforcement. Few cities provide many, if any, resources to help street prostitutes leave the trade.

If you were given the power to unilaterally redesign the U.S. approach to prostitution, what would you change?

My view is to differentiate street prostitution and indoor prostitution. I talk about the two-track policy in the book as one option in the U.S. Street prostitution would remain a criminal offense because of the social problems associated with it, but there would be much more resources put into trying to rehabilitate people working on the street. Track two would be de facto decriminalization: You stop enforcing the law against indoor workers, which means law enforcement doesn’t go out of its way to stage stings unless there's some other evidence of a trafficking problem.

That's what I would advocate for the current situation in the U.S. The book raises a number of ideas for how nations that are considering legalization might approach it, but the U.S. is not in that category right now. As a halfway measure, we could talk about this two-track policy. Some cities already do that, they just don't broadcast it, but there are other cities that put a fair amount of resources into monitoring and busting people who work in the indoor trade.

We know that criminalization is not working very well, wherever it's practiced. Basically, it forces people to operate in a clandestine manner in the illegal economy, much as with drug criminalization. It subjects the workers to greater risk, they do not feel comfortable contacting the authorities when they have been abused or exploited, and it increases the chances that pimps or other exploiters will get involved with them because the workers are already vulnerable and may feel that they need extra protection.

What do you make of the Village Voice boycott? Is the newspaper profiting from child sex traffickers as its critics claim?

That's a good question and it's very hard to answer. Whatever evidence there would be of that would be very anecdotal. To substantiate the claim, you would have to do a representative sample of ads on this website and then have data to prove that a certain percentage are underage or trafficked. It's one of those claims that's easily made, law enforcement and activists can cite anecdotal evidence, but to generalize that to the majority, or even a substantial minority, of people who advertise there would be very bad science and problematic.

One thing that advertising on such a site does offer law enforcement is the opportunity to monitor. That is what Craigslist argued, but unsuccessfully. It can be used as a vehicle for identifying people who appear to be underage or trafficked. Without those kinds of mechanisms for advertising, it becomes even more difficult for the authorities to identify and locate people who may have been abused. You could look at it as law enforcement shooting themselves in the foot by eliminating a source that might prove beneficial.

How could legalization affect trafficking?

There are these claims made by anti-prostitution activists that legalization will only make the situation worse for sex workers because it will open the door to more trafficking, or traffickers will be able to operate with less fear of arrest. I've never understood those arguments. We know from the drug debate, criminalizing something as a vice when there is demand and supply increases the chances of violence within that economic sector. It also increases the chances of coercion and exploitation. If it's true that legalization increases trafficking, then you would expect to see some evidence of that and I have not.

How do we address the issue of abusive pimps? Even with legalization you still see a number of pimps.

It depends on the society. You’ve got a fair number of them operating in the window area of Amsterdam, but if you go to Antwerp they really cracked down on organized crime and pimping in general.

I think you can draw a parallel to marriage. We know that domestic violence happens between husbands and wives, but nobody's arguing to criminalize marriage. There is violence in prostitution, just like there's violence in marital relationships -- the key is to focus on the violence, not the larger institution.