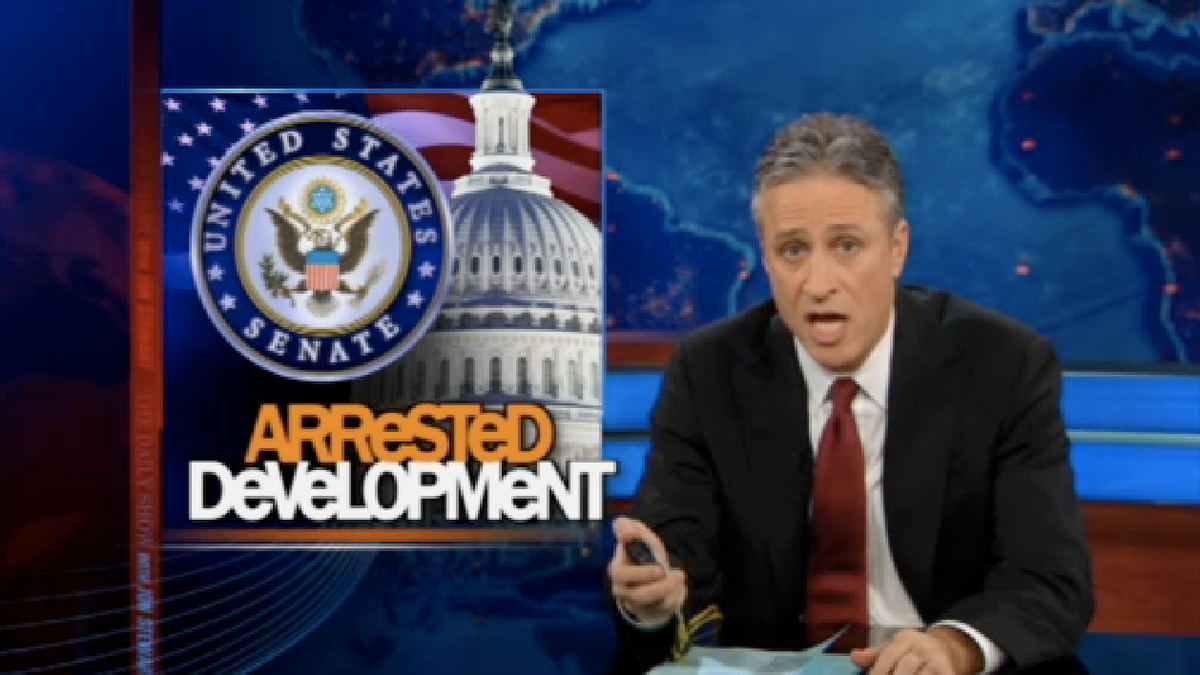 If you're a stickler for civil liberties, then you probably find the National Defense Authorization Act to be somewhat troubling. The annual defense appropriations bill, which received the seal of approval from Congress last week, contains provisions that would allow the government to detain terror suspects (and associates thereof) for an indefinite period of time, without a trial.

The Obama administration has suggested that it's open to a veto of the bill -- a move that would appear consistent with his opposition to indefinite detentions when he was running for president. The only problem -- as Jon Stewart pointed out on "The Daily Show" last night -- is that the President Obama would veto the bill not because it runs counter our conception of liberty ... but because it doesn't go far enough.