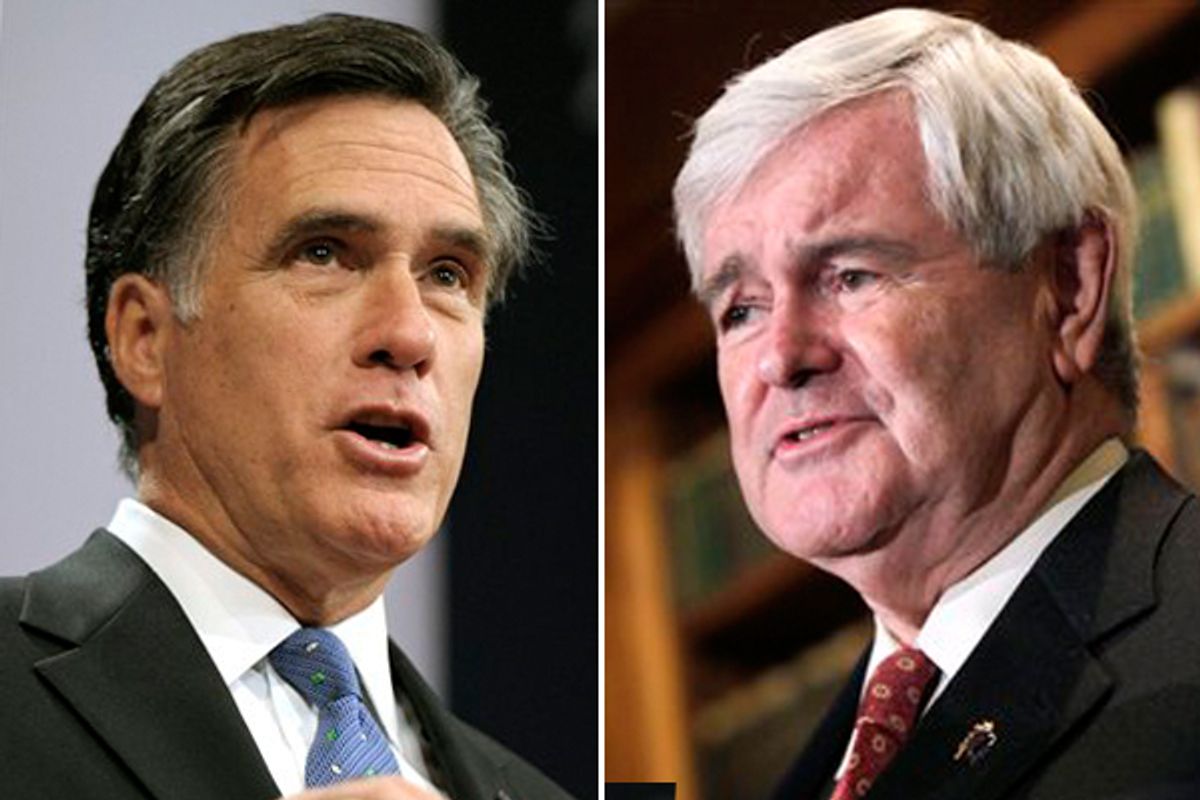 Something is dampening the excitement of Republicans about voting next year. A new Gallup poll finds the enthusiasm gap between voters from two parties has nearly evaporated in the past few months, and it's almost entirely the result of changing attitudes among Republicans.

When Gallup last measured voter energy in mid-September, Republicans by a 58-to-30 percent margin said they were more enthusiastic than usual about the 2012 election, while only 30 percent said they were less enthusiastic. That finding was roughly consistent with Republicans' attitudes in the run-up to the 2010 midterms, and in the earlier months of 2011. But in the new poll, the margin has plunged to just 49-to-44 percent, while Democrats' enthusiasm is basically unchanged -- 44 percent more energized, 47 percent less. The overall gap between the two parties is now as low as it's been since the start of 2010.

It's hard to avoid linking the decline among Republicans to their party's presidential race, which has been dominating the political conversation for the past few months. And in that time, three GOP candidates have essentially melted down -- Michele Bachmann with her claims of a connection between the HPV vaccine and mental retardation, Rick Perry with one ghastly debate performance after another, and Herman Cain with his sexual harassment saga. At the same time, there's no apparent affection among Republicans for Mitt Romney, who still can't seem to push past 25 percent in most polls, which has fed Newt Gingrich's rise, one of the most improbable surges in modern political history. The fact that what Republicans generally see as a golden opportunity to unseat a dangerous, radical president has boiled down to a Romney-Gingrich battle could very well explain the dip in enthusiasm.

The question no one can yet answer is whether this will prove to be a blip, with Republicans rediscovering their focus on beating Obama as soon as a nominee emerges in the next few months, or if there's something particular about Romney or Gingrich that will depress GOP enthusiasm through next November -- and maybe save Obama's job.