Va. Tech locks down after officer, 1 other killed 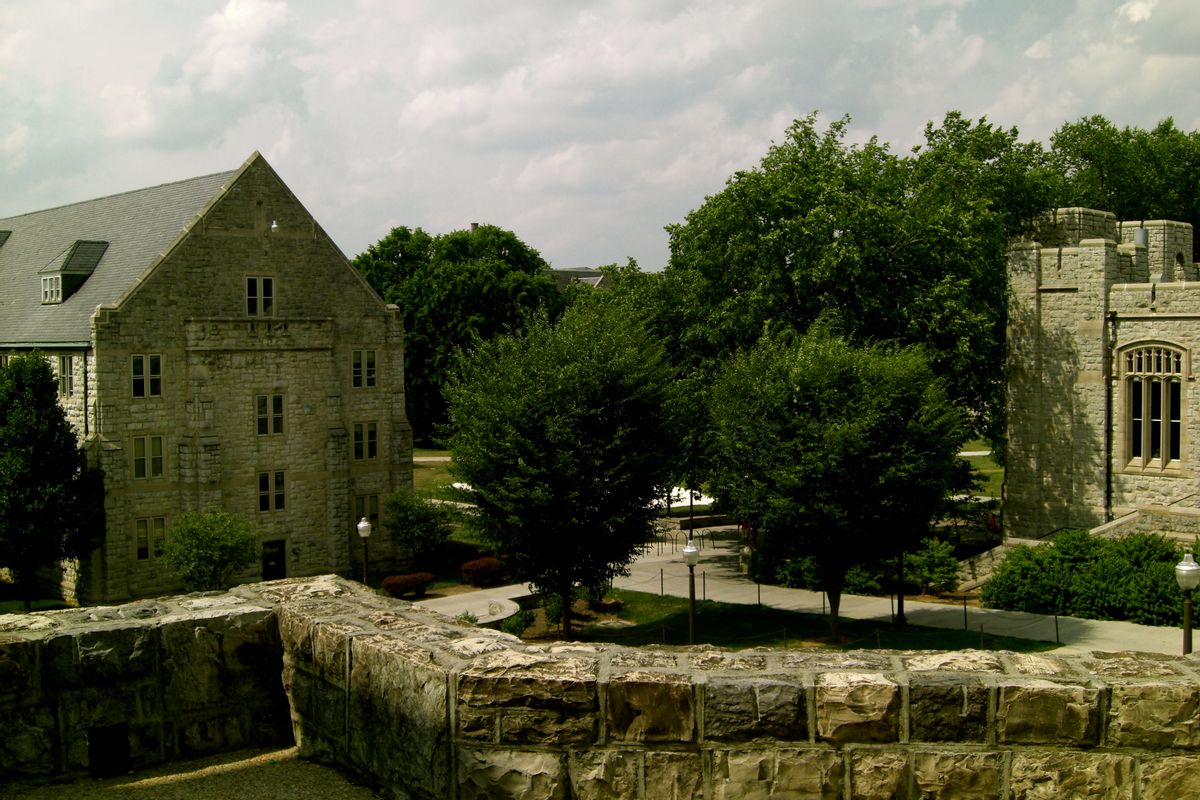 BLACKSBURG, Va. (AP) — Virginia Tech officials said a police officer and another person were shot and killed on the school's campus Thursday and the university locked down the campus, where 33 people died in 2007 in the deadliest mass shooting in modern U.S. history.

The gunman remained on the loose. A news release from the school said the police officer had pulled someone over for a traffic stop and was shot and killed.

Witnesses told police the shooter ran toward a parking lot on campus. A second person was found dead in that parking lot.

TV footage showed heavily armed officers walking around campus, caravans of SWAT vehicles and other police cars with emergency lights flashing as they patrolled nearby.

Virginia State Police will be taking over the investigation, according to the news release.

"The campus community should continue to shelter in place and visitors should not come to campus," the school said.

The suspect was described as a white male wearing gray sweat pants, a gray hat with neon green brim, a maroon hoodie and backpack.

"It's crazy that someone would go and do something like that with all the stuff that happened in 2007," said Corey Smith, a 19-year-old sophomore from Mechanicsville, Va., who was headed to a dining hall near the site of one of the shootings, but stayed inside after seeing the alerts from the school. "It's just weird to think about why someone would do something like this when the school's had so many problems."

Harry White, 20, a junior physics major, told The Associated Press in a phone interview that he was in line for a sandwich at a Subway restaurant in a campus building when he received the text message alert about the shooting.

White said he didn't panic, thinking instead about a false alarm about a possible gunman that caused the campus to be locked down in August. He used an indoor walkway to go to a computer lab in an adjacent building, where he checked news reports.

"I decided to just check to see how serious it was. I saw it's actually someone shooting someone, not something false, something that looks like a gun," White said.

White said the campus was quieter than usual because classes ended Wednesday and students are preparing for the start of exams. He said he didn't see anyone outside from the windows of the computer lab after he received the alert. But he also didn't detect any signs of panic.

The shooting came the same day as Virginia Tech, which has an enrollment of about 30,000, was appealing a $55,000 fine by the U.S. Education Department in connection with the university's response to the 2007 rampage, when a student gunman killed 32 students and faculty and then shot himself.

A report of a possible gunman at Virginia Tech on Aug. 4 set off the longest, most extensive lockdown and search on campus since the 2007 bloodbath led the university to overhaul its emergency procedures. No gunman was found, and the school gave the all-clear about five hours after sirens began wailing and students and staff members started receiving warnings by phone, email and text message to lock themselves indoors. Alerts were also posted on the university's website and Twitter accounts.

That incident marked the first time the entire campus was locked down since the 2007 shooting, and the second major test of Virginia Tech's improved emergency alert system. The system was revamped to add the use of text messages and other means besides email of warning students.

The system was also put to the test in 2008, when an exploding nail gun cartridge was mistaken for gunfire. But only one dorm was locked down during that emergency, and it reopened two hours later.

Eric Tucker and Ben Nuckols in Washington and Michael Felberbaum and Larry O'Dell in Richmond, Va., contributed to this report.

From The Wires Virginia