John Lennon's widow collaborates with my friend on "My Hometown" 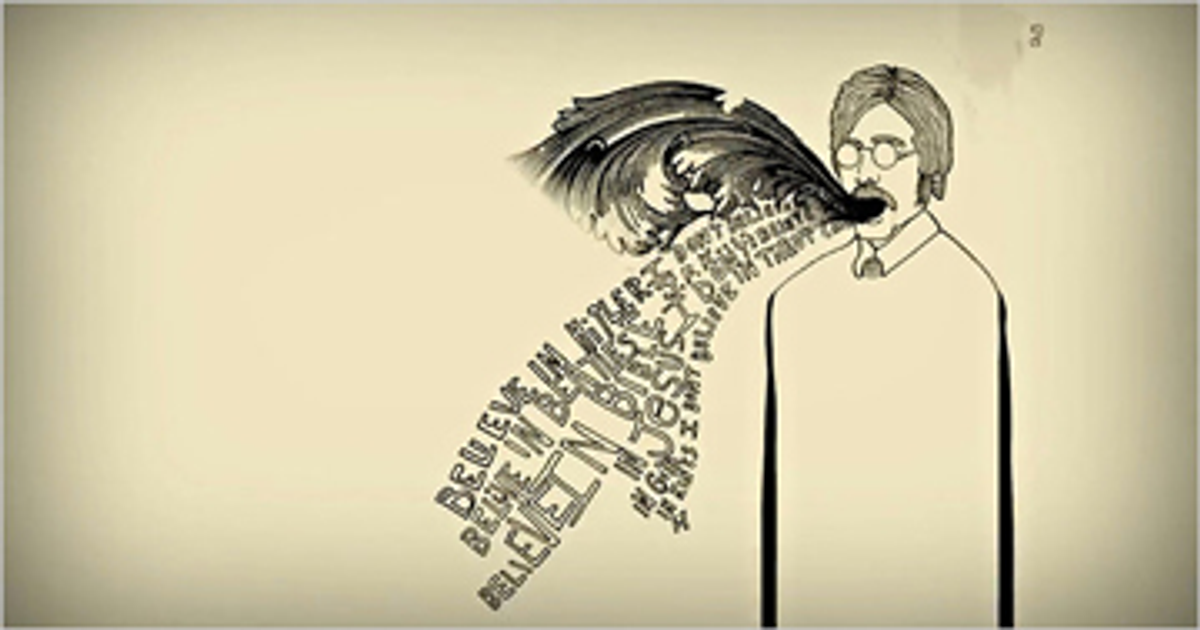 A few years ago I had the good fortune to edit a lovely little book called "I Met the Walrus," based on an Oscar-nominated short animated film of the same name. Set in 1969, both tell the story of Jerry Levitan, a precocious 14-year-old who was a huge Beatles fan and wanted nothing more than to meet his hero, John Lennon. When he heard that Lennon and Yoko Ono were visiting the city he concocted one of the more daring and implausible plans to meet them. The film and book, which detail that adventure, are each artistic achievements on their own (wonderfully illustrated by James Braithwaite), and tell a fascinating story about youth culture in the late '60s as well as the result of determination in the face of great odds.

While working together, Jerry and I both hoped to entice Yoko to write an introduction or foreword to the book. When she offered a very short (but very sweet) quote instead, I think we both had a bittersweet feeling, like that was all we were going to get from Yoko. Of course, we were thrilled, but ...

Jerry and I lost touch a bit after the book came out. But I had no doubt he was doing grand things. After all, this is a man who literally talked his way into John Lennon's hotel room at 14. Since then, he had become a lawyer, an Oscar-nominated filmmaker, and a fine musician and entertainer in his own right named Sir Jerry.

So imagine my surprise when I heard about the new animated short film, "My Hometown." Not only was it produced and directed by Jerry Levitan (and Emmy-winners Terry Tompkins and the Eggplant) but it was written and narrated by none other than Yoko Ono.

"My Hometown," a timeless message of home, peace and love, is now an acclaimed animated short that is also in the running for the Oscars. As usual, I was impressed but not all that surprised by Jerry's tenacity and drive. He had a vision and didn't let anything stand in his way. A good lesson for all of us, kids and adults alike.

"It's been totally nuts," Jerry recently told me. "We just made it to the first cut of Oscar shortlist. By [the first week of] December we should know if we are in the official shortlist of 10. To think that my meeting with John Lennon and Yoko Ono back in 1969 when I was 14, has taken me to the Oscars, the Emmys and now a project based on Yoko’s work is simply incredible.”

Knowing Jerry, even a little, it's actually not that incredible at all. I wish Jerry and Yoko all the best.