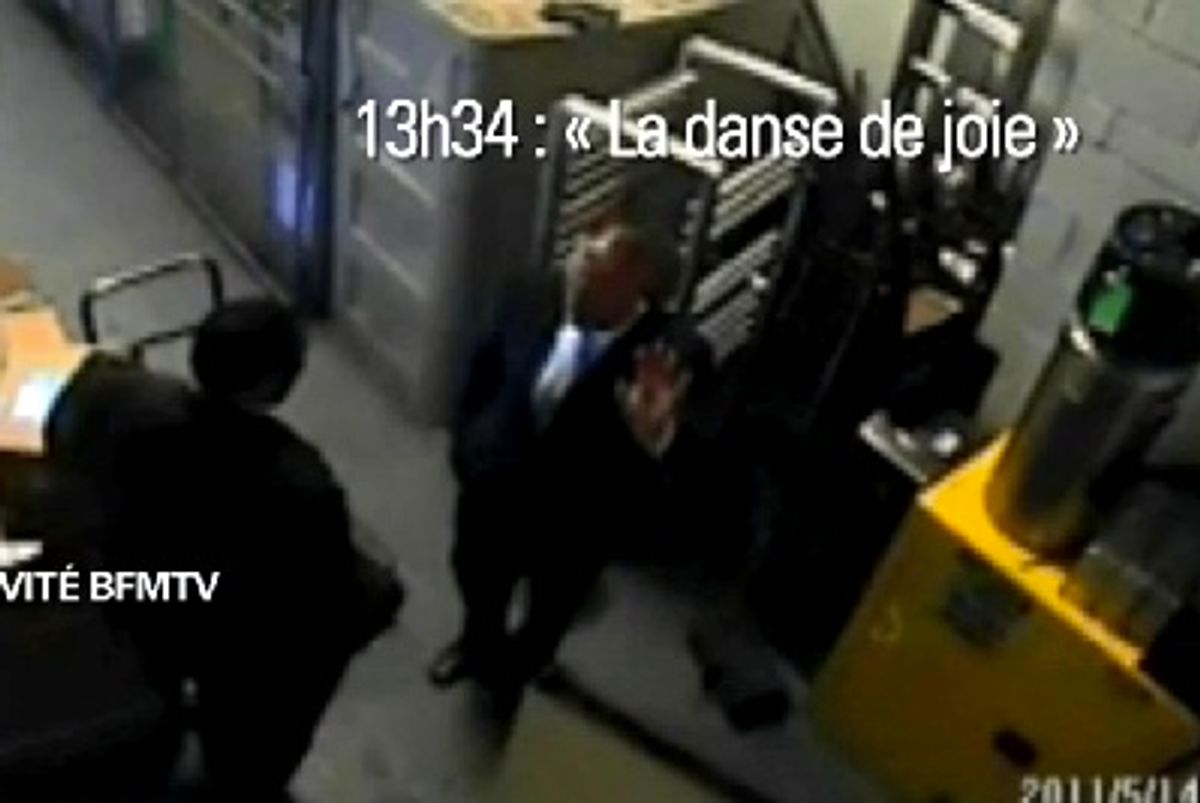 Sometimes a dance is just a dance.

In this case, it's a dance between two male security guards that Edward Jay Epstein, in his New York Review of Books piece suggesting the rape charges against Dominique Strauss-Kahn were the result of a political conspiracy, described as three minutes long. Inconveniently, it is actually about 13 seconds long, as we can see for ourselves from the video the Sofitel has now released to French television. The NYRB has already issued a correction.

We can surmise that Epstein never saw the video, but rather had it described to him by an interested party. The length of the video aside -- how much victory dance can two American men stomach? -- it's likely that no one will change their mind based on this footage.

It seems hard to believe that two security guards would clasp each other this way to congratulate themselves on keeping a socialist out of office. It seems likelier that this was about sports. But opinions on this matter have always been fairly rigid and polarized.

It's worth noting, though, that even Dominique Strauss-Kahn's lawyers are distancing themselves from Epstein's suggestion that DSK  was been set up by his political enemies -- instead of, as prosecutors initially alleged, orally raping Nafissatou Diallo in his hotel room. A member of his defense team told Europe 1 radio, "I have no proof there is a conspiracy." We do have proof, however, of DSK's belief in his irresistibility.