As "Tinker Tailor Soldier Spy" receives a stylish update, we survey our favorite espionage films, then and now 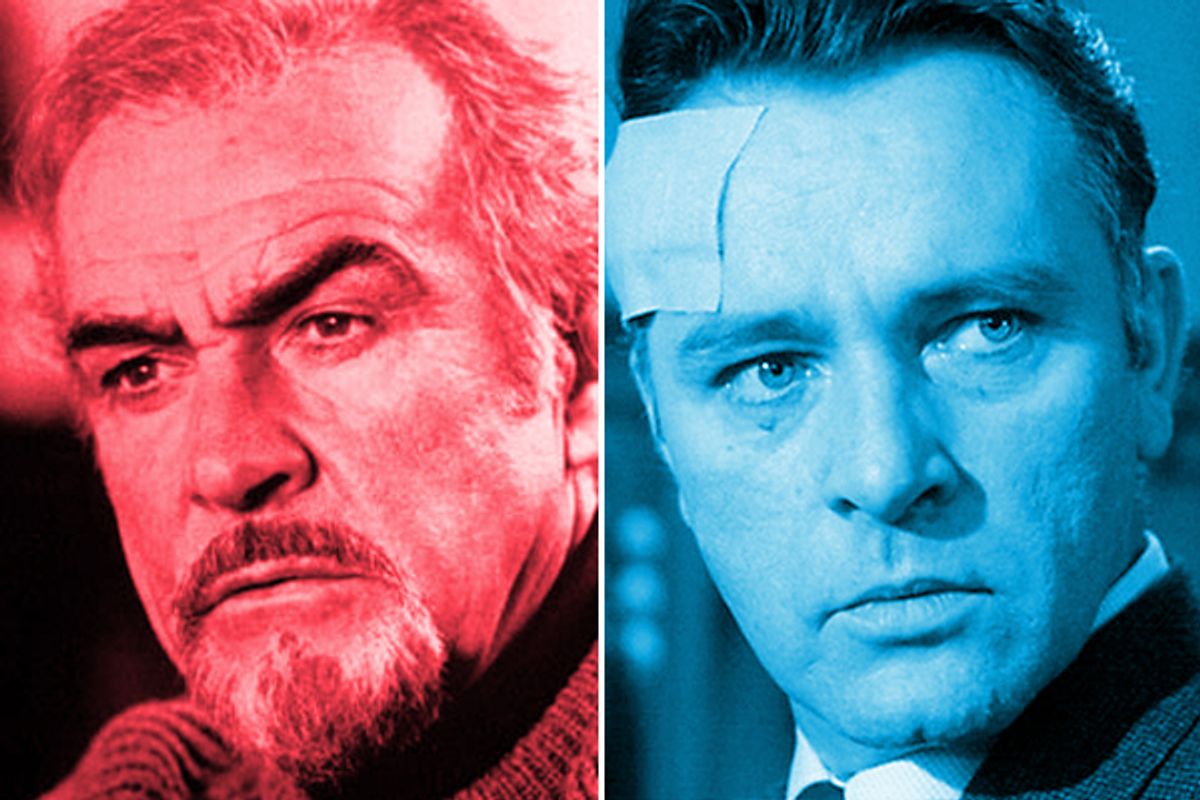 There's one big problem with compiling a list of great spy movies: How exactly do you define a "spy movie"? Do the spies have to be employed by a government agency? Does the action have to be international, or can it be domestic, even local? Do the characters have to engage in deception and/or information-gathering, or can they mainly be assassins, like James Bond or Jason Bourne? Is the "assassin film" its own separate genre? If movie characters have nothing to do with international politics but engage in surveillance and deception and other classic spy activities, can their story be grouped within the "spy movie" category?

James Bond wouldn't spend five seconds contemplating any of that. He'd be too busy quaffing martinis with a diplomat's wife and telling a dealer to pass the shoe. He's represented on this list of great spy movies, along with grittier, more mundane depictions of espionage, deceit and international mayhem. I included a couple of TV programs as well as movies, because the genre's emphasis on character and atmosphere makes it especially well-suited to the small screen.

Since these lists always seem to be compiled according to some mysterious private criteria, I'll disclose mine upfront: If a film depicts characters navigating the treacherous labyrinth of the military-industrial complex, in their own country or abroad, and engaging in deception or impersonation or codebreaking or defection or assassination or other tried-and-true espionage mainstays, I considered it. But if too many of those aspects were missing, I ruled it out. That's why you'll see "The Ipcress File" but not, say, "The Conversation." I've also arranged the list in pairs, or double features, because some of the films just seemed to fit together nicely. Let's argue about it in the Letters section, where I hope you'll volunteer your own list of great spy films, and your own definition of the category. Be sure to use a pseudonym and file from a secure location. You can't be too careful.