"Boardwalk Empire" does not want your forgiveness

In a shocking and beautifully executed second season finale, HBO's gangster drama figured itself out 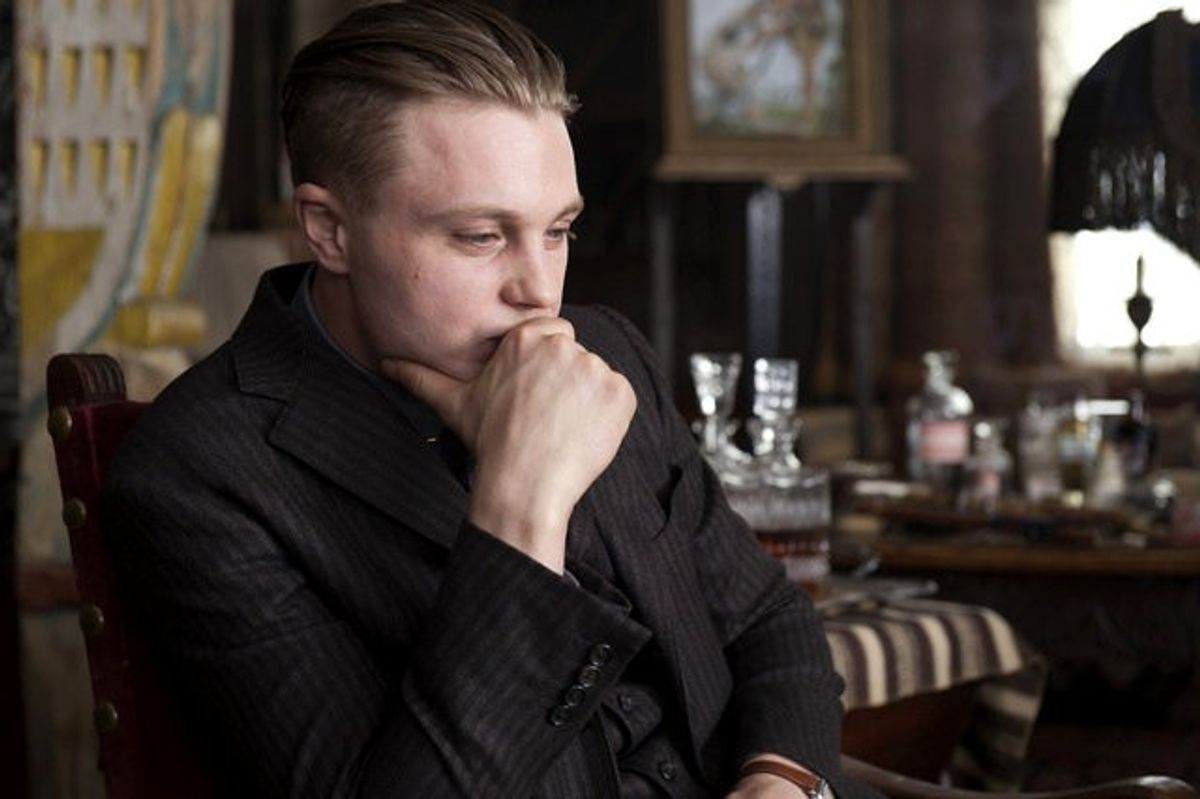 Jimmy Darmody (Michael Pitt) in a moment of contemplation on "Boardwalk Empire." (HBO)
--

The following recap of the second season finale of "Boardwalk Empire" contains spoilers. Read at your own risk.

"To the Lost," the second season finale of "Boardwalk Empire," may be remembered as the moment when "Boardwalk" finally, finally hit its stride. This isn't the first time the HBO drama has impressed me -- even the worst episodes have had great scenes or moments -- but there was something special about this one. It was dead solid perfect in almost every department. I think a lot of it comes back to the episode's consistency of tone, and the show's comfort with having settled on it.

I thought about tone during that haunting close-up of the soon-to-be-late James Darmody smoking a cigarette by an open window. There was really no reason why such a simple moment should have summoned such force. Michael Pitt wasn't selling the moment at all. He was just sitting there smoking. Yet the accumulated weight of Jimmy's trauma -- his wife's death and his tragic inability to feel his way through it thanks to his war experience, his Oedipally perverse childhood, and a life spent among super-macho gangsters -- came through loud and clear. Pitt's posture, gestures and slightly mask-like expressions were exactly right, just as his gentleness during the beachside pony-ride scene with Jimmy's son was exactly right, and as his ego-free coolness during that rain-soaked final sequence was exactly right. I love how Pitt delivered Jimmy's statement to Nucky about what to expect after your first killing: 48 hours of nausea. It reclaimed a bit of dignity for Jimmy in his final moments -- the implication being that this was first time that Nucky, the butcher of Atlantic City, ever personally killed anyone -- but it was not particularly boastful or petty. Jimmy was just a guy who had nothing to lose, delivering information.

Pitt's acting was always good, if a bit vague and guarded early on -- an understandable response to being ask to play a character who was whatever the show needed him to be at any given instant -- but he was especially strong during the last five episodes, probably because the writing sharpened up, and he hit his peak last night. The performance was free of 21st-century neuroses, which is by no means the same thing as being untroubled. When Jimmy said he died in the trenches during the war, there was nothing self-dramatizing about it. The character was just reporting the facts as he saw them. Pitt's acting, here and earlier on the show, was retro, but not ostentatiously so. It seemed to be pitched somewhere between 1940s-era Joel McCrea or Dana Andrews and the kinds of performances that Montgomery Clift gave in the 1950s, which were soulful and tormented, but never never over-indicated or begged for sympathy.

In retrospect, I think the tone of Pitt's performance is the tone "Boardwalk" should have hit, or should have tried to hit, from the beginning. I went back and re-watched sections of season one and the first half of season two before writing this piece, and I was struck by how much less focused and confident it was. The show was bloody and sexy and profane and handsomely produced, and it had great sequences and moments, but it seemed insecure and prone to distraction, forever adding new characters, subplots and locations instead of exploring what it had already created. It had the brash but shallow confidence of a gambler or a con man. Tonally and rhythmically it was all over the place. Its philosophical and theological banter felt forced, and frankly still does. (Margaret to Nucky in "To the Lost:" "So your version of God asks nothing." Nucky: "There is more God in the love I feel for you and those children than in all the churches in Rome.") And some of the violence -- like a lot of pay-cable violence -- seemed to be there just because the show knew it could do it. "Boardwalk" struggled a lot, I suspect, with the legacy of "The Godfather" and "The Sopranos," and probably all of those purgatorial gangster films by co-executive producer Martin Scorsese, who won an Emmy for directing the "Boardwalk" pilot. There were times when the show seemed as though it was trying and failing to capture the rough magic of its obvious inspirations, instead of finding its own voice in a somewhat lesser mode that it was actually good at: a modern cable version of default old-movie storytelling, lively but not deep and not really trying to be. In that sense, Nucky's hateful kiss-off to Jimmy felt like a bracing recognition that "Boardwalk Empire" is what it is, and is content to be that thing: "You don't know me, James. You never did. I .. am not ... seeking .. forgiveness."

That quality came through in this episode, which had the polish and snap of another classic Prohibition-era retro-gangster flick, "Miller's Crossing," but mostly minus the flamboyance. A rare exception was the crosscut montage that juxtaposed Esther Randolph rehearsing her opening statement while putting on her courtroom clothes, Jimmy and Richard extracting a Nucky-exonerating confession/suicide note from an alderman at gunpoint, and Nucky and Margaret getting married to inoculate Margaret against having to testify against her husband; the direct address of the camera and the whirling camera moves were very Coen brothers, and in contrast to most of the music on "Boardwalk," the classical piano score was not "justified" by being, say, performed in a saloon or played on a Victrola.

There was an unabashed movie-ness to the sequence -- an exuberant yet controlled showmanship -- that the drama has never before attempted. There wasn't a trace of Coppola-style solemnity; the sequence just flew by, and the camera seemed to be tap-dancing around the actors. Jimmy's last moments were nearly as old-movie cinematic. Having a psychologically damaged vet buy it in the shadow of a war memorial was already verging on too much; and yet somehow having the shocking double-cross and execution happen on a melodramatically dark-and-stormy night put the whole sequence over the top in a good way. "To the Lost" director Tim van Patten, who helmed some of the best "Sopranos" and "Boardwalk" episodes, is the kind of filmmaker who would have anonymously directed five B-pictures a year under the old studio system, then been discovered in the 1960s by the French. Winter's script was filled with quotable lines that had an early-talking-pictures hard-boiled cadence. (When the judge asked Esther if she wanted to pursue a case that had fallen to pieces or withdraw and "get your ducks in a row," she replied, "I'll take the ducks, your honor.") The more enthusiastically "Boardwalk" embraces an old movie style and tone, and the less it grasps for "Godfather" or "Sopranos"-like depth, the better it is. The episode even had hints of sneaky Hays Code-era moralizing. Between Margaret's giving herself a backdoor to redemption by signing the highway land deed over to the church and the revelation that the Commodore left his estate to the housekeeper who was framed for trying to poison him (Jimmy tore up the document, but still -- hilarious!), you have wonder if the "Boardwalk" universe is really godless after all.

None of this, of course, erases the fact that "Boardwalk" spent roughly a season-and-a-half figuring out what to be, overloading its narrative with an excess of characterization and incident and putting most of its women into dependent little boxes. (Things got better on all fronts year the end, though, and Esther's interrogation of Margaret was one of the season's sharpest, truest scenes.) And they might as well keep whacking major characters, because a lot of them are, dramatically speaking, toast anyway. The writers systematically pulverized Special Agent Van Alden like Chalky's men whaling on those abducted Klansmen, to the point where his character lay in pieces; he should probably just stay in Cicero with his nanny-wife. And minus Jimmy and the Commodore, I don't see what the show can do with Gillian. But still! What a great hour. Winter and company seem to have figured out something essential. I hope they build on it.