In a shameful move, Lowe's pulls its ads from a Learning Channel show that dares present young Muslims as people 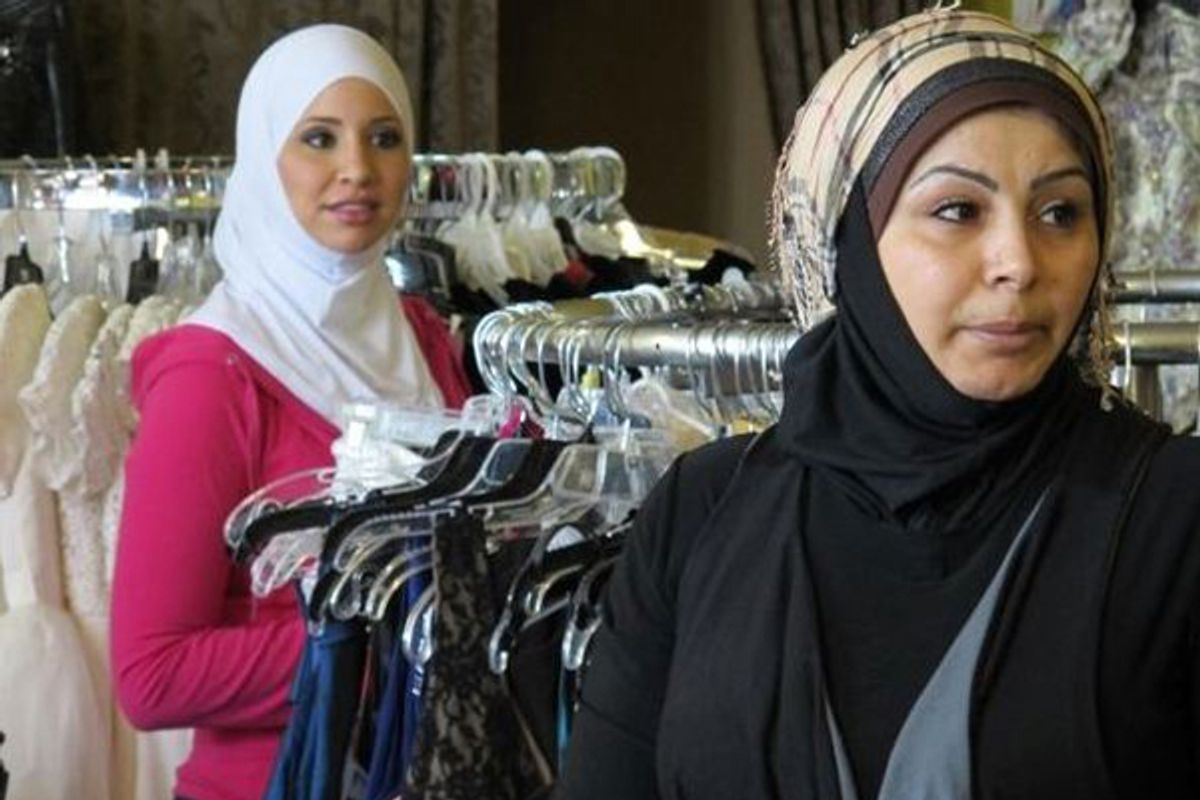 And now, a dispatch from the Department of Corporate Cowardice: The home improvement chain Lowe's has pulled its advertising from TLC's documentary series "All-American Muslim" (Sundays 10 p.m./9 Central) because ... Well, because ... It's baffling, really. I guess it's because the series portrays the vast majority of American Muslims as law-abiding citizens who just want the same right to life, liberty and the pursuit of happiness enjoyed by others. It's the 21st-century Muslim-American version of a show that might have run on network TV during the civil-rights era in hopes of persuading bigots that black folks weren't just looking to knock the white man down and take his women.

Lowe's immediately became the target of online boycott campaigns. On its corporate Facebook page, Lowe's said that: "It appears that we managed to step into a hotly contested debate with strong views from virtually every angle and perspective – social, political and otherwise – and we’ve managed to make some people very unhappy. We are sincerely sorry."

The stated reason for the pullout, according to Lowe's, is that the show was "a lightning rod" for controversy. That means the company and others were subjected to an organized email campaign by the Florida Family Association, a ... whoops, I nearly typed "conservative group," but the attitudes expressed in the FFA statement approving Lowe's decision should shame anybody to the left of Ann Coulter.

"The Learning Channel's new show 'All-American Muslim' is propaganda clearly designed to counter legitimate and present-day concerns about many Muslims who are advancing Islamic fundamentalism and Sharia law," stated an article that ran on the group's web site in advance of the series' November premiere. "The show profiles only Muslims that appear to be ordinary folks while excluding many Islamic believers whose agenda poses a clear and present danger to liberties and traditional values that the majority of Americans cherish. One of the most troubling scenes occurred at the introduction of the program when a Muslim police officer stated 'I really am American.  No ifs and or buts about it.' ... The show portrayed a Roman Catholic who converted to Muslim to marry.  However, there was no mention of a Muslim who attempted to convert to Christianity which has resulted in a multitude of conflicts in America and abroad. Many woman were shown wearing hijabs and many who were not, but the program did not show what happens if one of the hijab-wearing women decides to take it off.  Such conflicts would conflict with The Learning Channel's agenda to inaccurately portray Muslims in America. There is no mention of the honor killing of Jessica Mokdad who lived not far from where this show was taped in Dearborn. The show fails to mention many Islamic believers’ demeaning treatment of women or great disdain for non-Muslims (infidels).

This is a request for "balance" that would actually have moved "All-American Muslim" closer to the Coulter/Rush Limbaugh/Fox News Channel idea of fairness, which amounts to a full-on conspiratorial panic attack. It's akin to a 1960s reactionary group organizing a letter-writing campaign against a network documentary attempting to humanize workaday African-Americans on grounds that it didn't include sections on drug dealers, gangsters, unwed mothers, junkies and other negative archetypes. The TLC series is nothing less than an attempt to depict mundane, and, heaven forbid, positive aspects of Muslim life that rarely get addressed in American journalism and popular culture, except in patronizing "Hey, don't worry ,.. We don't totally hate you!" pieces that run during Ramadan. Airing in a country in which Shariah law has become the latest right-wing creeping menace, the show is an ideological counterweight if anything, and it only omits things that get covered to death on cable news outlets to the exclusion of anything neutral, much less positive.

Nevertheless, Lowe's backed out. "Lowe's has received a significant amount of communication on this program, from every perspective possible. Individuals and groups have strong political and societal views on this topic, and this program became a lightning rod for many of those views. As a result we did pull our advertising on this program."

It's important to note, however, that Lowe's is not the only advertiser to pull its ads from "All-American Muslim." It is just the only one to issue a press release acknowledging the decision and see it turned into a news story. Also notable: While the FFA is the public face of pressure on the TLC series, it's far from the only group to target the show's advertisers.

"The Washington-based Council on American-Islamic Relations (CAIR) said Thursday that "the calls for an advertiser boycott are coming from Internet hate sites like Bare Naked Islam, which recently featured a number of threats of violence targeting U.S. and European mosques, and right-wing groups such as the Florida Family Association and American Decency."

Updates to the FFA article bragged, "TWENTY FIVE (25) out of TWENTY SEVEN (27) NEW ADVERTISERS targeted in the November 29th email alert did not advertise again during the December 4th and 5th episodes. ... SIXTY FIVE (65) companies that Florida Family Association targeted with emails did NOT advertise again during the only two episodes of All-American Muslim that aired this past week (meaning the week of Dec. 4). "

You can see the complete list of who did and didn't fold at the link above. It's quite a list of deserters.

This morning, Bare Naked Islam celebrated the campaign in a post headlined "WOO-HOO! Our crusade against TLC’s ‘All-American Muslim’ has gone viral!"

"I wonder why they aren’t bothering all the other sponsors who pulled their ads from All-American Muslim after the first show?" the site asked rhetorically. "I guess it’s because only Lowe’s went public with their decision to stop advertising there."