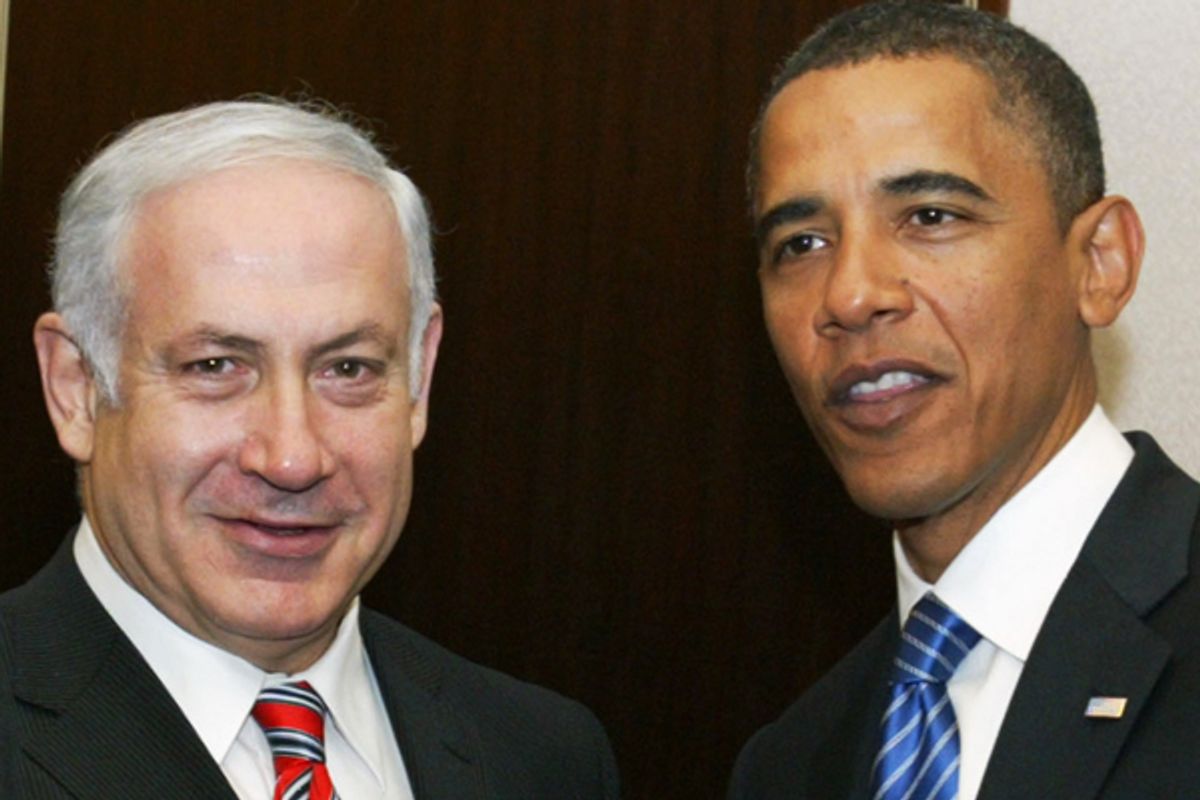 Barack Obama’s presidential campaign has bought Facebook ads trying to, in effect, outflank from the right the Republican candidates on the issue of Israel.

The ads are pegged to the pledge made last month by Rick Perry, Mitt Romney and Newt Gingrich to start foreign aid for all countries at zero and then have an annual discussion about how much to give. The ad on Facebook features text that reads, "No Aid to Israel?" The link goes to this page, which in turn leads to a form to give money to the campaign: It’s worth noting that the Obama ads are incredibly dishonest. First of all, the Republican candidates were talking about setting foreign aid at zero each year as a starting point in discussions about how much to give, not setting it at zero as a matter of policy. (Current U.S. aid to Israel stands at $3 billion per year, a long way from zero.)

Second, Rick Perry has walked back his statement and now promises that “strategic aid in all forms under a Perry administration will increase to Israel.” And Romney’s spokesman said  immediately after his remarks at the November foreign policy debate that he does not think aid to Israel should start at zero.

But here’s the real story: These ads are the latest sign that the general election dynamic in 2012 will be much the same as it was in 2008: each candidate arguing that he will be the stronger ally of Israel, whatever its policies.

Obama's bragging about his support for aid to Israel is also entirely at odds with the depiction of the president by some hard-line supporters of Israel’s current government as some kind of “anti-Israel” fanatic. In any case, stay tuned for a lot more of this sort of one-upmanship on Israel as the campaign heats up.