"A mormon gambling with an evangelical over who's the bigger liar -- are there any commandments left?" 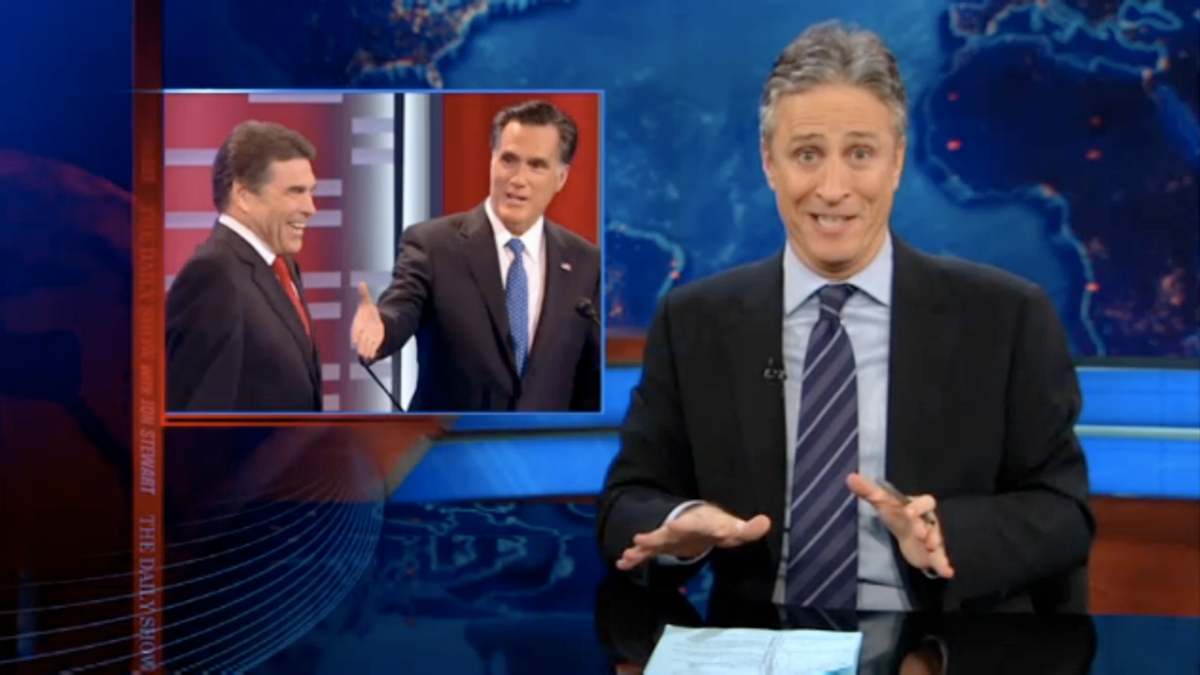 Much has already been made about the pivotal,and cringe-inducing, moment during Saturday night's Republican debate in Iowa, when Mitt Romney challenged Rick Perry to a $10,000 bet over his past support for healthcare reform. On "The Daily Show" last night, Jon Stewart and co. contributed their own analysis, identifying the psychological roots of the $10,000 mistake: While all of the Republican candidates have certainly amassed some measure of personal wealth, only Mitt Romney's financial heft has come to define him, and for that reason, the misstep could prove especially costly.

As correspondent John Oliver put it: "Everything about Romney tells the tale of a man who just fired your dad."