A surprising new poll gives the libertarian congressman his best numbers yet. But is it an outlier? 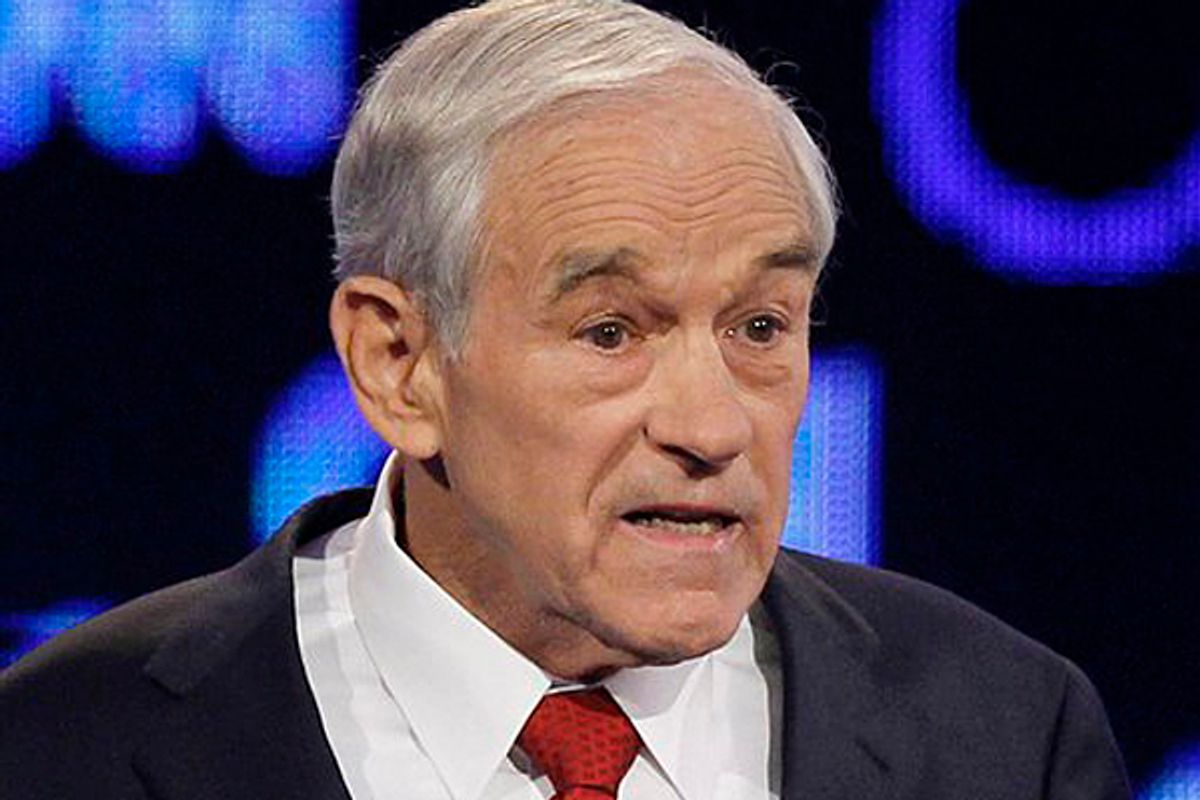 This is a rather dramatic departure from other recent surveys in the lead-off caucus state, which have shown Gingrich pushing past 30 percent and opening a double-digit advantage over the rest of the field. It's also Paul's best performance to date in Iowa. In that sense, the new poll could be an outlier.

But it also suggests that the heightened attacks and scrutiny Gingrich has faced in the past week or so could be starting to wear him down. According to PPP's data, Gingrich's support has fallen by five points since last week, with his favorable score among Iowa Republicans is down a dozen. After emerging as the latest front-runner, he's been challenged by the press and his rivals over his lucrative work for Freddie Mac and been the subject of skeptical-to-hostile commentary by a number of influential Republicans. He's also been trashed by Paul in a devastating and widely-circulated series of viral videos and taken some heat during last Saturday's GOP debate in Iowa -- an event that more than half of the state's likely caucus-goers apparently watched.

While a Paul win in Iowa would obviously be great news for Paul himself, there's still strong evidence that he faces a unique ceiling in the GOP race -- sort of like Pat Robertson and Jesse Jackson when they ran for president. Maybe an Iowa victory would change things for him, but if it doesn't then the biggest beneficiary would probably be Romney, who could probably survive an Iowa loss to Paul more than Gingrich.