A perfect recipe for an election year: Government spending cuts boost unemployment and freeze the economy 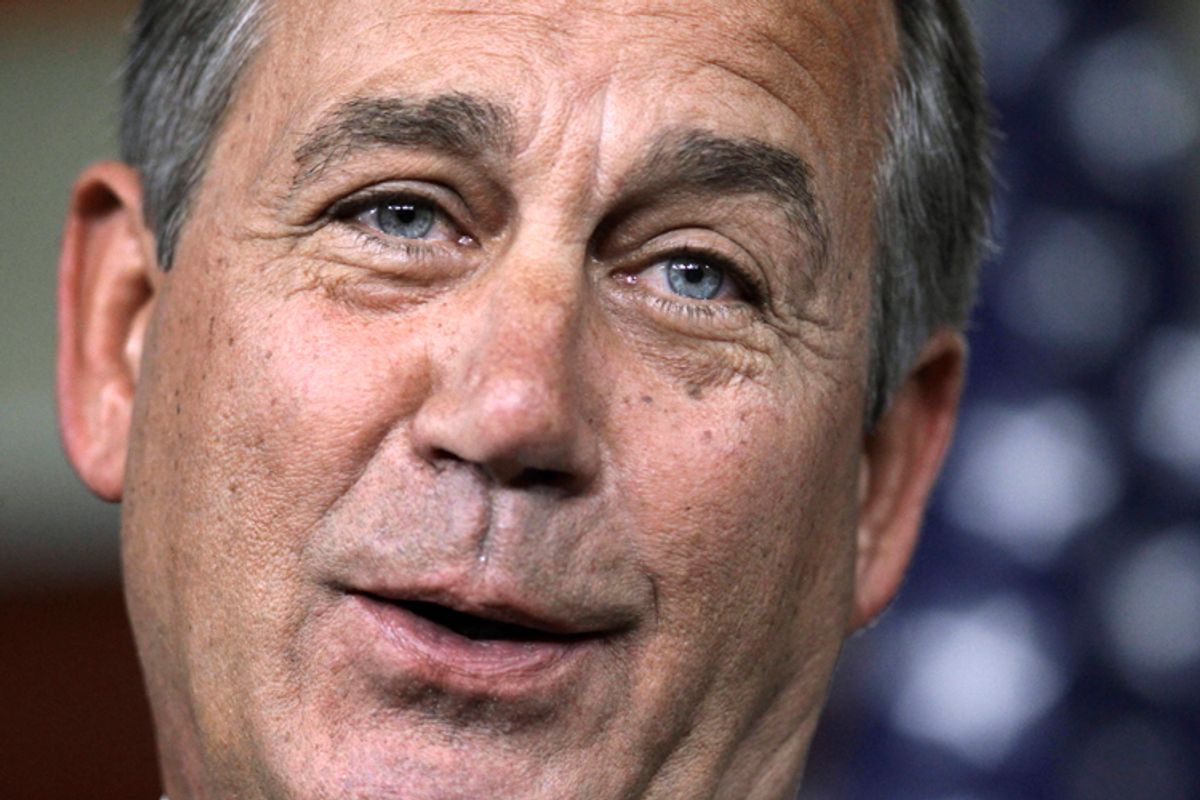 The Black Friday spending spree turns out not to have been so great, after all. The rate of retail sales growth in November actually slowed down. But no matter, private economic forecasters are still giddily revising their estimates for economic growth in the fourth quarter upwards. If they're right, the current quarter is experiencing the fastest economic growth in well over a year.

But then what happens? According to a dispiriting Goldman Sachs research report relayed by Jared Bernstein, there's a big Christmas hangover coming. The economy, says Goldman Sachs, is about to flatline again. Even worse, their forecast has unemployment rising throughout all of next year.

Goldman Sachs cites a likely recession in Europe as one reason for the downbeat assessment. But the policies enacted by the U.S. government are equally important.

The U.S. government is cutting spending. The U.S. Treasury announced on Tuesday that the budget deficit for fiscal year 2012 will be a mere $996 billion -- Obama's first sub-trillion-dollar budget. But what does Obama get for his fiscal restraint? A classic recipe for incumbent defeat. If GDP growth drops below 1 percent and unemployment starts rising again in the first six months of next year, well, maybe even Newt Gingrich would have a good shot at the White House.

It's worth noting that if you go back six months, you won't find any private forecasters predicting 3.7-3.9 percent GDP growth by the end of the year. So Goldman Sachs' theories are not holy writ. But it's still hard not to shake one's head in disbelief. We're doing this to ourselves willingly?