How the LEGO cult was born 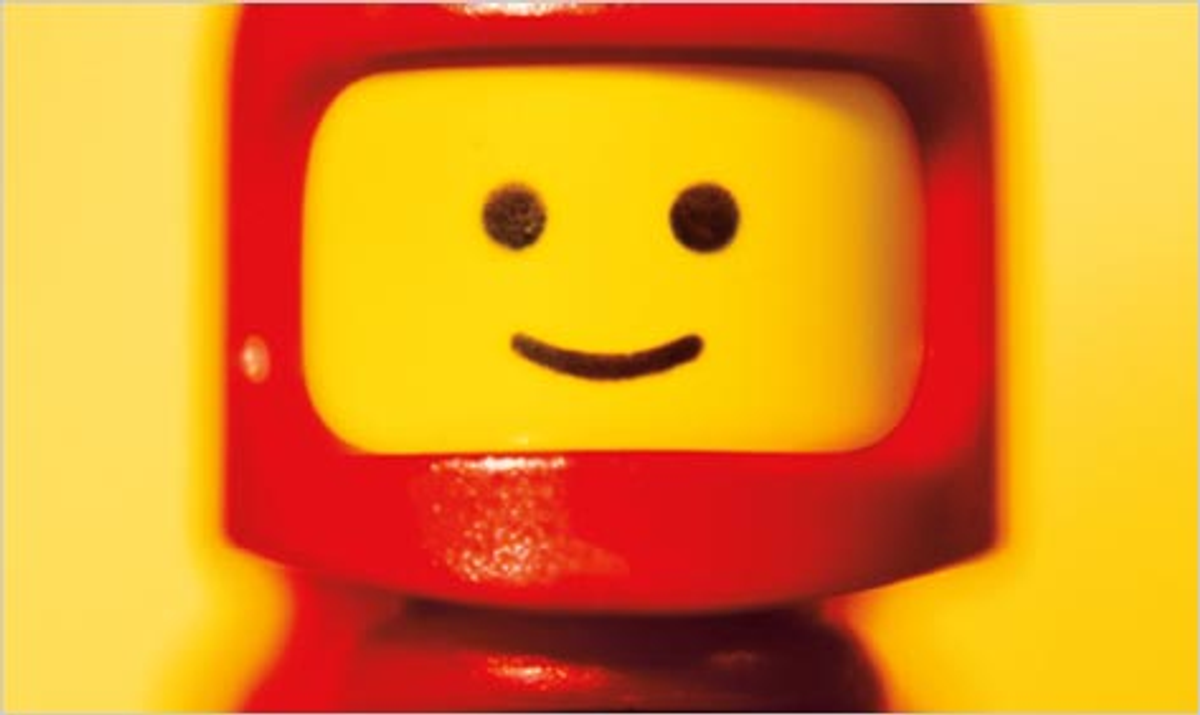 When I was a child, and well into my adolescent years, I played with LEGO blocks in a curious fashion I invented for myself, and which, for all I know, might still be a unique mode.

Starting with a good-size base plate, I would construct a labyrinth of narrow corridors, inserting windows randomly into the exterior walls. There was but a single egress. When the walls were about four bricks high, I capped them with a ceiling that was unbroken except for a single hole leading to the now-hidden level. Atop that ceiling, I built a second, different labyrinth, whose sole exit was that floor hole. That second story got its own ceiling with a gap. Repeat till bricks ran out, with a final roof featuring its own entrance hole down to the top maze level.

Into this boxy affair, I would drop a marble. The object was to tilt and shift and shake the box until the marble emerged from the bottom door. The only clues one got to the marble's progress were what one's imperfect memory of the multilevel layout provided, and when the marble showed up in a random window.

I spent countless ecstatic hours in this hypnotic building and maze-running pastime, deriving subtle and sophisticated pleasures from the simplest bricks in the LEGO catalog. No other toy, however complicated and expensive, could have provided the same intense fun.

Nowadays, of course, decades after my own youth, LEGO has broadened and deepened its offerings to include an infinity of models and expansion kits, elaborate parts and figures and robotic components, as well as narrative-based packages (Bionicles) and online games and design tools. But at the heart of the experience remains the Holy Brick, with its satisfying capacity to mate ingeniously and heterogeneously with its own kind, according to the builder's creativity.

John Baichtal (contributor to Make magazine) and Joe Meno (founder of the LEGO zine BrickJournal) understand this numinous aspect completely. When, in their exhaustive and rapturous survey of the multicolored building blocks, "The Cult of LEGO," they present the original patent application drawing for what was then, in 1958, called a "toy plastic brick" (or, earlier, "automatic binding brick"), the effect is that of viewing the tablets that held the Ten Commandments, or perhaps the Sistine Chapel artwork. The receptive reader is in the presence of the divine genesis.

As new immigrants to LEGO-land will soon learn, this reverential attitude does not overstate the fanatical devotion LEGO inspires in a certain subset of all those who encounter it. "The Cult of LEGO" is so named for good reason, and the book's handsomely designed and overstuffed eye-popping pages offer plenty of proof of the fannish devotion and inspired participation juiced by the cult.

After giving us a concise and vivid history of the product, the authors present us with some representative or high-profile creators, lamenting a certain gender inequality and seeking to offset it by a long profile of Fay Rhodes. They highlight many of the most ingenious constructions, from the sheerly practical (iPod docks) to the transgressively controversial (Zbigniew Libera's LEGO Concentration Camp). Cogent discussions are devoted to the "minifigs," the humanoid citizens of LEGO-dom (over 4,000 different ones to date!). The practices of doing tiny vignettes and YouTube animations get full coverage. We learn of such slice-of-life mini-dioramas as Big Daddy's Nelson's "Noisy Neighbor" and "Dentist's Office" (titles appended by this reporter). And clever stop-motion animations such as Parry Gripp's film-festival entry "Megaphone" abound online.

The potential of these bricks for use in high art is thoroughly explored. The reader will feel that he or she is getting in on the ground floor of a new, museum-worthy medium. The competitive nature of LEGO building receives a wry look. Some creations contain anywhere from half a million bricks to three times that number, and cost thousands of dollars and thousands of assembly hours. In Germany, a model of the Allianz Arena uses 1.3 million bricks and weighs 1.5 tons. Creator René Hoffmeister has assembled a replica of a container ship employing 400,000 bricks and measuring 24 feet long.

Overall, while the authors treat their subject with absolute respect, they are far from stuffy or closed-minded, injecting humor and a sense of proportion into all their text. After all, LEGO ain't rocket science or brain surgery (although through its robotics packages and its employment as therapy for autism sufferers, the product does contribute mightily to education).

With worldwide LEGO activity being so voluminous, it's only natural that even such a fine volume might miss a couple of primo examples. But I was a bit surprised not to see mention of the life-size LEGO Batman (a prominent attraction at many recent comics conventions), or Norman Mailer's famous LEGO city, which dominated the writer's apartment for years.

But given the wealth of imaginative real estate surveyed here, any budding adherent or veteran AFOL (Adult Fan of Lego) will feel they have been given a pass straight into the utopian playtime dreams of LEGO's Danish Dad, Ole Kirk Christiansen.