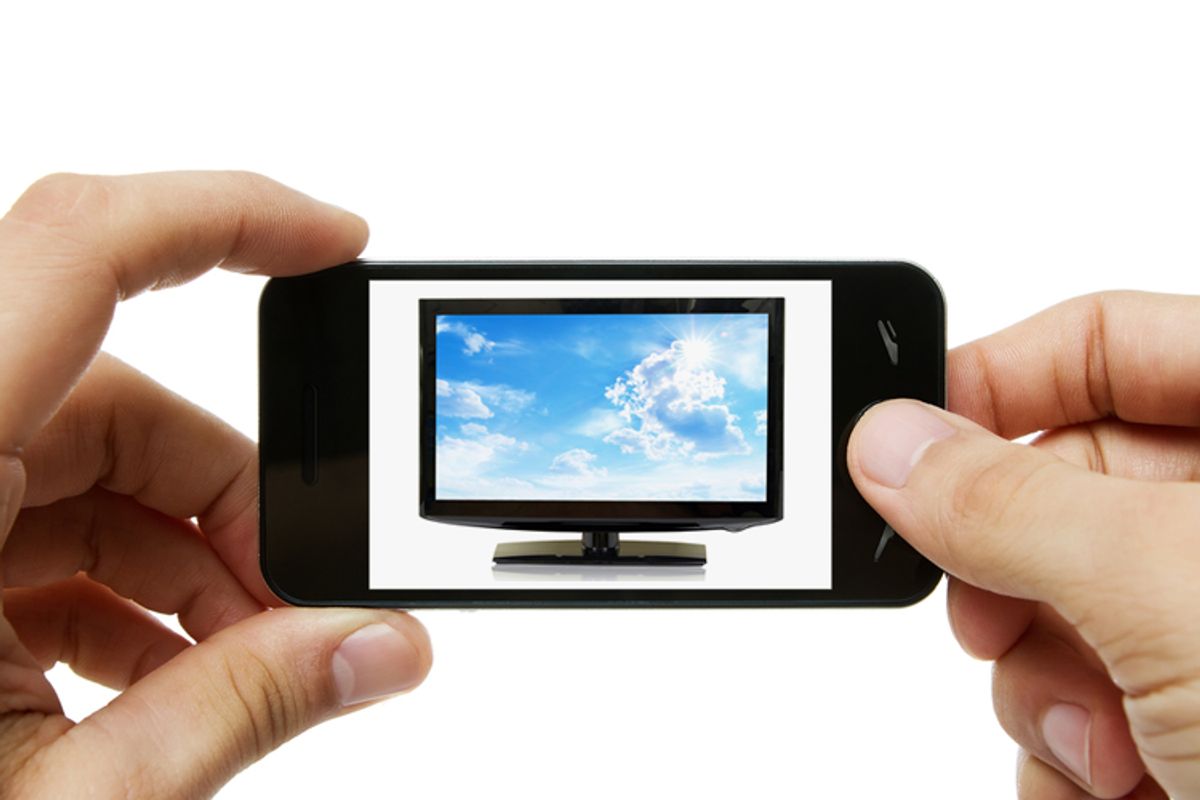 Is there anything more perfectly ironic, in an inimitable 21st century American capitalism-eats-itself kind of way, than a retail chain named "Best Buy" getting its ass kicked by comparison shoppers?

On Tuesday, Best Buy's share price crumbled after it reported third-quarter profits considerably less than Wall Street expected. One problem, per the Financial Times: "smartphone-toting shoppers [who] use its stores as showrooms and then buy elsewhere."

Like, for example, Amazon, which recently caused a huge firestorm of criticism -- and even a denunciation from Maine Sen. Olympia Snowe -- for running a one-day promotion in which it invited shoppers to use its smartphone "Price Check" app to get discounts on any item in a brick-and-mortar store that Amazon also carried. Boiled down, Amazon was paying customers to screw over offline retailers.

Brick-and-mortar retailers are justifiably annoyed at the cutthroat competition, because many online retailers have a built-in advantage: they don't have to pay sales tax. But even if online retailers were required to pony up to the tax man, the fundamental dynamic at work here isn't going away. Mobile phone price check technology will hammer away at the margins of all retailers. Lowest price wins, and now there's nothing stopping us from finding out where exactly that lowest price is, and make a purchase with just a few clicks.

That's one big reason why online retailers are recording considerably better year-on-year sales growth than brick-and-mortar retailers. But Best Buy faces another problem: For years, the chain has been riding the flat-screen TV cash cow, and that joy ride seems to be over. There are at least three reasons: a) the appetite for big-ticket consumer electronic entertainment devices has declined because of the recession; b) most people who want and can afford a flat-screen TV already have one; and c) TVs are no longer big-ticket items -- blistering competition has sliced the profit margins on even the snazziest televisions to almost nothing.

Retailers have met the enemy, and it is technological progress. When prices for 46-inch flat screens drop below $500 and smartphone shopping apps allow us to find the absolute best deal, the opportunity for profit becomes infinitesimal. And really, once you've got a 46-inch HD flat screen, the incentive to upgrade is far, far less compelling than the original impulse to junk your old cathode-ray bruiser.

It's tough out there. The combined effects of a slow economy, the ease with which we can find the best deal online, and the surfeit of consumer luxury that already exists puts almost unbelievable pressure on retailers. The result: downward pressure on wages, layoffs and another round of self-devouring big discounts. And of course, if you don't have a job or just got a pay cut, you're even less able to run out and buy a new TV. Heck, why not watch just "Modern Family" on your smartphone? The resolution on the new iPhone 4S is pretty darn good.