He calls Gingrich \"zany\" and gets an endorsement from a non-witch. But he\'s swinging and missing 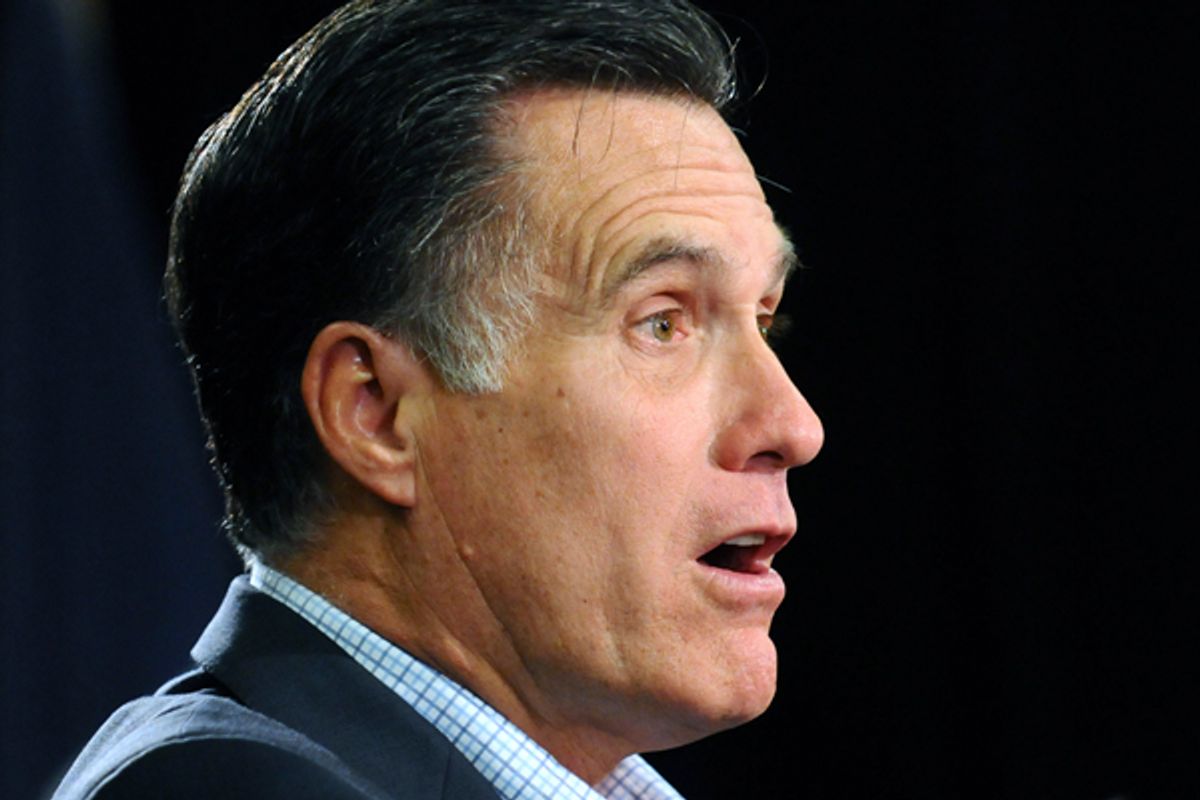 Gee willikers, former GOP presidential frontrunner Mitt Romney denounced his latest rival, disgraced former House speaker Newt Gingrich, in his harshest language yet, calling him "zany" in an interview with the New York Times. Beltway folks think that shows Mitt's fear and ferocity, I think it shows him, again, as an animatron politician devoid of passion who's stuck in the 1950s. Zany? Gidget was zany. Gingrich is a dangerous huckster, who will apparently say anything to get elected.

Romney does seem desperate, whether his goofy language captures it or not. He rolled out an endorsement from the truly zany "I am not a witch" Christine O'Donnell, a woman whose moment passed sometime before she cost the GOP the Delaware Senate seat in 2010. Was she supposed to be a stand-in for Sarah Palin? Give Palin some credit; she has some loyal followers. O'Donnell is no Palin, she's a punchline. And yesterday's punchline to boot.

Romney is also hitting Gingrich with the label of "unreliable," pointing to the many positions on which he's changed his mind. Again, as when the former Massachusetts governor attacked Gingrich for converting to Catholicism, noting that he'd practiced the same religion his whole life, it's a stupid line of attack, since religion isn't a big positive for the Mormon Romney. Neither is ideological constancy. As I've said, he and Gingrich are Flip and Flop. If it ever comes down to a two man race, they can stage a debate in which they whack one another with policy papers on which they've changed their position, and we can see who turns out to be the last man standing.

I had the dubious pleasure of discussing Romney's panic attack with former RNC chair Michael Steele on "Hardball" today. Steele disapproved of Romney's attacks, in particular an ad that used Gingrich's famous sofa summit with Nancy Pelosi calling for action on climate change, as smearing Gingrich for a type of brave leadership that ought to be praised. I'd agree with that – except Gingrich already said his Pelosi/climate change appearance was "one of the dumbest things I've done in years." Newt doesn't want credit for that one, Michael.

Here's our "Hardball" segment. Below is my Tuesday night talk with Ed Schultz and Ezra Klein about Rudy Giuliani's preposterous claim that Gingrich can't be tagged as a "elitist." Schultz does a great job debunking the myth of the Reagan Democrat. Watch.