What America can learn from the EU crisis 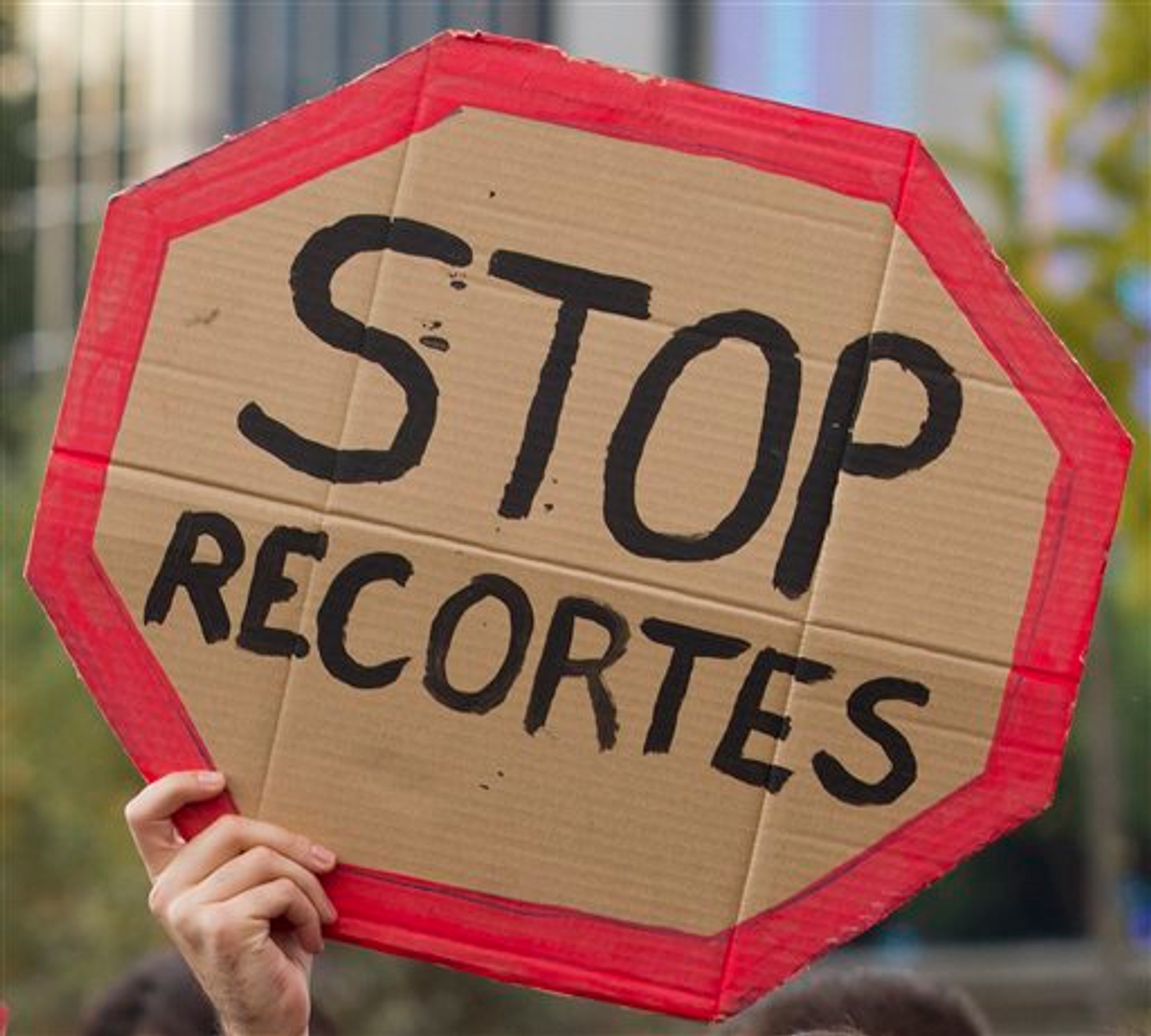 NEW YORK — Europe’s leaders must be longing for the good old days of 2008, when America’s financial lunacy nearly tipped the world into a Depression and politicians in Europe had their “I told you so” moment.

Back then, French President Nicolas Sarkozy intoned that “Laissez-faire is finished. The all-powerful market that always knows best is finished.”

“Anglo-Saxon capitalism,” as the deregulated U.S. and British variety is called on the continent, “was as simple as it was dangerous,” declared Germany’s finance minister at the time, Peer Steinbruck. “The world will never be as it was before the crisis.”

Today, it may be tempting for Americans to believe that Der Schuh is on the other Fuss. That would be delusional. For as complex and uniquely European as the current turmoil “over there” may be, the euro zone sovereign debt crisis holds important lessons that the United States ignores at its own peril.

Of course, the comparisons are not perfect. The euro zone has a structural problem that America does not face. Unlike Europe, America has a centralized federal budget that addresses regional economic imbalances — so Mississippi’s low output isn’t as relative to New York doesn’t strain the U.S. economy and the dollar the way the lopsidedness between Greece and Germany hurts the euro zone.

Here are some lessons from Europe’s crisis that are applicable to America’s current economic problems:

When the size of the PIIGS’ (Portugal, Ireland, Italy, Greece and Spain) debt mountains became clear, the policy response dictated by Germany — the nation with the most at stake in terms of the subsequent bailout — turned out to be disastrous. German taxpayers, understandably, find it difficult to swallow the idea that they must sacrifice for the benefit of countries less fiscally prudent than themselves — as they had in joining the euro and in reunifying with East Germany.

As a result, they have demanded punitive austerity on the Greeks, Irish, Portuguese, Italians and Spanish. This has only worsened the crisis. Austerity has slowed growth and even caused recession, particularly in Greece. As such, markets grew pessimistic that the mixture of debt and low or negative GDP growth could be sustained.

The lesson here for America is simple: When tackling enormous, long-term debt that needs to be refinanced on global markets, radical, mindless cuts in government spending will worsen the crisis. A moderate approach that keeps growth alive through short-term stimulus — while laying out a medium-term plan for curbing government obligations — is the way through the minefield.

INFLATION IS AN INFLATED RISK:

Since 2008, voices on the right in the U.S. and in Europe (primarily German voices over there) have warned that keeping interest rates near zero risks unleashing 1930s-style hyperinflation. And yet, since 2008, the Fed has held the course, and inflation remains the least of our problems.

Unfortunately, German’s historic fears of inflation have forced the European Central Bank to raise rates in 2009 as the financial crisis began, causing the euro to rise in value, and reducing the PIIGS economies’ already-low competitiveness.

The ECB compounded the mistake in July, raising rates again because of arcane pricing pressures. The new ECB chairman, Mario Draghi, reversed course as soon as he replaced Jean-Claude Trichet in November, but many believe the reversals have come too late to help the weaker European economies.

Today, facing an existential crisis, the ECB has belatedly started to do precisely what the Fed has been doing all along – cutting rates, buying the bonds the market is shunning, and doing everything it can to keep growth alive.

Unfortunately, Germany still will not allow the ECB to become the lender of last resort to the euro zone. This is keeping market volatility alive and well. Americans should be thankful that their own central bank’s charter mandates the maintaining employment along with stabilizing prices, and is not beholden to politicians to the extent that the ECB is.

BANK LOSSES CANNOT BE WISHED AWAY:

Throughout the euro zone crisis, one of the great concerns has been the fact that past practices encouraged banks — especially large German and French ones — to lend recklessly to Greece, Portugal, Ireland and other now shaky countries.

It is clear that the exposure of some banks — including such giants as Societe Generale, Commerzbank, BNP Paribas and others — could fail. This would tip not only Europe into crisis, but also threaten to pull down all these banks’ business partners in the U.S. and around the world, just like Lehman Brothers in 2008.

To stave off these risks, the EU conducted “stress-tests” of the continent’s banks, modeled on similar audits the Fed conducted in 2010. The results: flying colors! While some small banks were listed as at-risk, most of the potential disaster was papered over. In some ways, this made sense, since it gave banks time to meet new requirements that they increase their reserves. But absent the “lender of last resort” powers for the ECB described above, the risk still remains high that a default of, say, Italy, or even a continuation of the current death-by-a-thousand-cuts, could cause major bank failures.

The lesson for the U.S. is clear: while the Fed’s bank audits have been more credible, it too was inclined to “pass” many banks that have major balance sheet problems. For instance, Chris Whalen, one of the country’s leading bank analysts, believes Bank of America — which swallowed up mortgage giant Countrywide right before the crisis — now has bad debts of more than $100 billion on its books and “should declare bankruptcy.” Bank of America rejects this, and the Fed and other regulators back them up. But math is math: in a crisis, Bank of America and several others could be holding out the begging bowls again. This reality should be dealt with upfront before a crisis. Otherwise, the choice again becomes another Toxic Asset Relief Program, or Depression.

RATINGS CAN BE HAZARDOUS TO YOUR HEALTH:

Americans, who tend to shrug off things that happen to other people since we’re so exceptional, shrugged off the fact that bond markets recently turned on Germany.

Think about it: Germany — a country with a quarter the population of the U.S. that earns more from exports than we do — had trouble borrowing on international markets. The following week, international ratings agencies put Germany, as well as 15 other Euro zone countries, on notice that their credit ratings might be downgraded.

To simplify the consequences, think of it this way: no matter who wins in November 2012, American government borrowing is going to continue. None of the GoP or Democratic plans calls for a balanced budget by 2013 (indeed, none of them even get their in a decade). Furthermore, debts outstanding have to be rolled over when the bonds come due. At each point, the country is exposed to market rates for the next batch of borrowing. If the U.S. thinks continued downgrades will have no consequences, just look at Europe. Italy, the eighth largest economy in the world and the producer of world-class brands like Ferrari, Fiat (Chrysler), Dolce Gabanna and Parmalat, is paying credit card interest rates at its bond sales. (For the solution to avoiding this, reread #1).

There are other, simpler lessons as well:

The European Union has repeatedly done end-runs around its voters and those voters are very, very angry. Whatever the pain, decisions need to be exposed to public opinion, explained carefully and not snuck through (the way TARP was in 2008). The governments dumped by voters across Europe since 2010 are all evidence of this folly.

When given a chance recently to pick up some bargains in Europe — a car maker, perhaps a bank — in exchange for helping bail Italy out, China demurred. China knows that time is on its side, and bailing out Europe perpetuates a world where China is a second tier power. While China has a lot more at stake in America’s economic health, the long game is a Chinese specialty.