A year of "austerity" and "vitriol"

Merriam-Webster has announced its top ten words of 2011. What's number one? 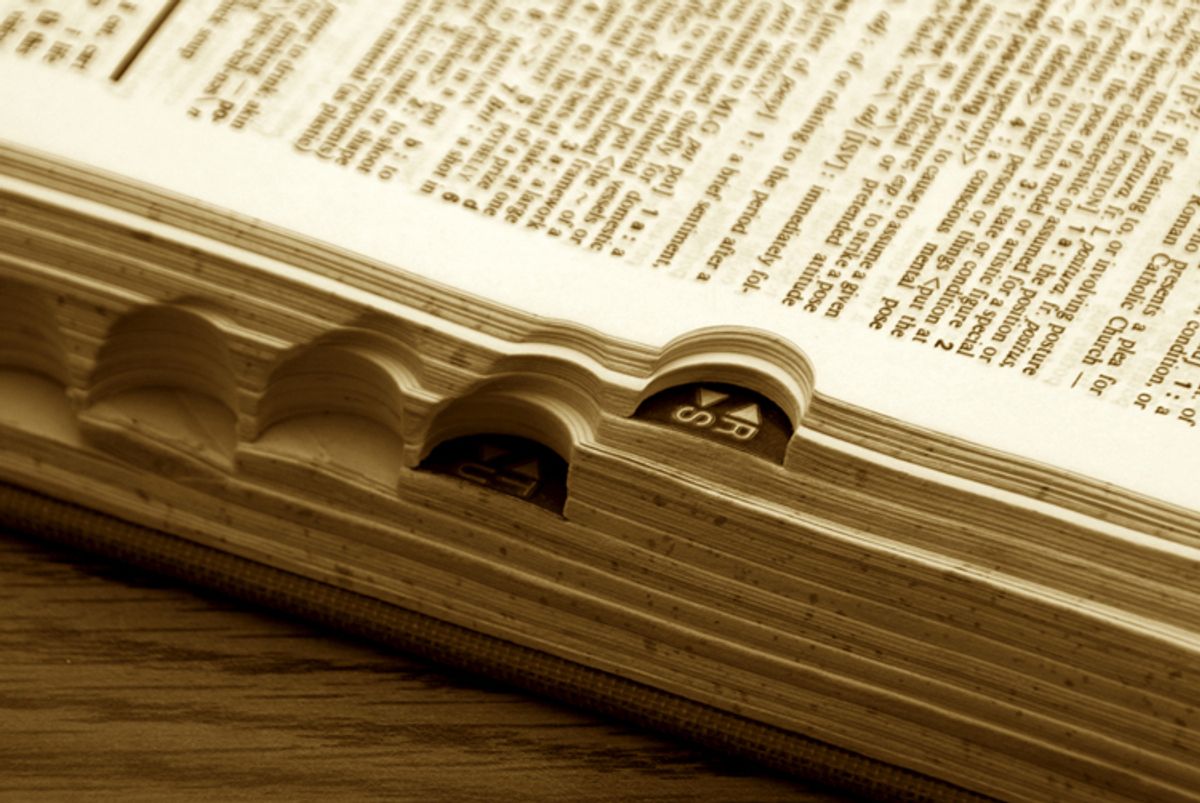 If you declared 2011 a "year of austerity" -- or perhaps even a "year of vitriol" -- your audience might not bat an eyelid.

That's one reason Merriam-Webster's list of 2011's most-searched words -- on which both terms appear -- offers such an interesting snapshot of the passing year.

Other notable inclusions are "socialism," "capitalism," "ambivalence" and the phrase "après moi le déluge," all of which seem apt in light of 2011's singular mix of economic woe, political deadlock and societal unrest.

The No. 1 word, "pragmatic," is equally timely, but its relevance is more abstract. "'Pragmatic' ... received an unprecedented number of user lookups throughout 2011," Merriam-Webster announced today. Editor-at-large Peter Sokolowski suggested that the word may have been so popular because pragmatism is a "quality that people value in themselves and wish for in others, especially in their leaders and their policies."

Sokolowski elaborated to Politico that he thinks the year's most-searched word -- particularly in vogue at the time of perceived congressional fumbles (e.g. the summer's long debt ceiling fight) -- is symbolic of a widespread desire for political "compromise and accomplishment."

"Après moi le déluge" is presumed to have made the list because, as the AP points out, it appeared in a CNN piece by David Gergen called "Have they gone nuts in Washington?" It linked directly to Merriam-Webster's definition of the phrase:

[The] failure of the super committee represents a reckless, irresponsible gamble by our "leaders" in Washington. It's difficult to remember a Congress that has put the nation so much at risk in the service of ideology and to hold onto office. Partisans on both sides are grievously failing the country. ...

Sorry, our noble leaders tell us, we have to focus now on election 2012. What was it that Louis XV used to say? "Après moi, le déluge"?

Perhaps even more interesting than Merriam-Webster's yearly top ten is the dictionary's more detailed list of other words that have "spiked" in connection with prominent political or cultural events since January. "Rapture," for instance, got a lot of queries around the time Harold Camping prophesied the world would end; "marriage" was popular following New York's decision to legalize it for same-sex couples. More eclectic entries in the dictionary's colorful glossary include "batten," "sartorial" and "curmudgeon" -- which hit highs in conjunction with Hurricane Irene, the royal British newlyweds' visit to California, and the death of Andy Rooney, respectively.

Are there other words you think relate particularly well to 2011 -- its specific events or its more general cultural and political concerns? Let us know in the comments below.