Jon Stewart to Cain, Romney and Obama: "WHAT?!" 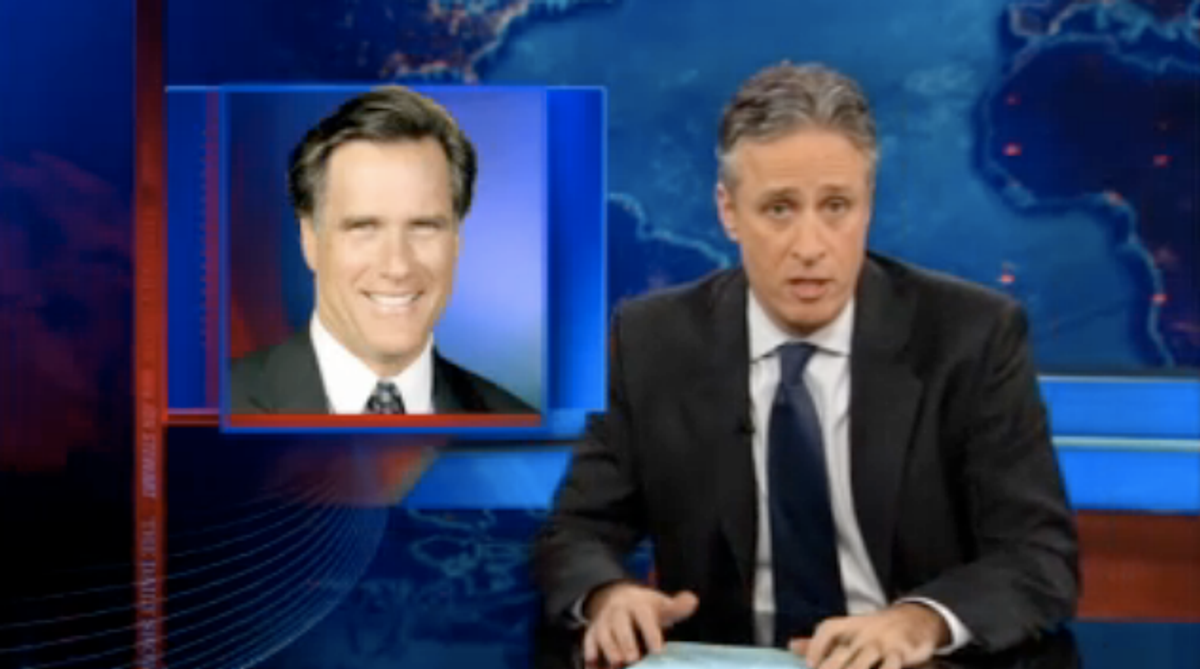 Politicians are often left in the difficult position of delivering statements that fit their political narrative of choice, whether or not they conform to the realities at hand. And it can take a certain amount of cojones (to use the Spanish word) to make it through such moments. "But there's a fine line," as Jon Stewart pointed out on "The Daily Show" last night, "between courage and audacity, and several public figures have recently crossed it."

Those figures would be Herman Cain, Mitt Romney and Barack Obama, each of whom made statements so outlandish in the past few days -- which deviated so far from reality, however you slice it -- that the normally inscrutable Barbara Walters would be forgiven a spit-take.