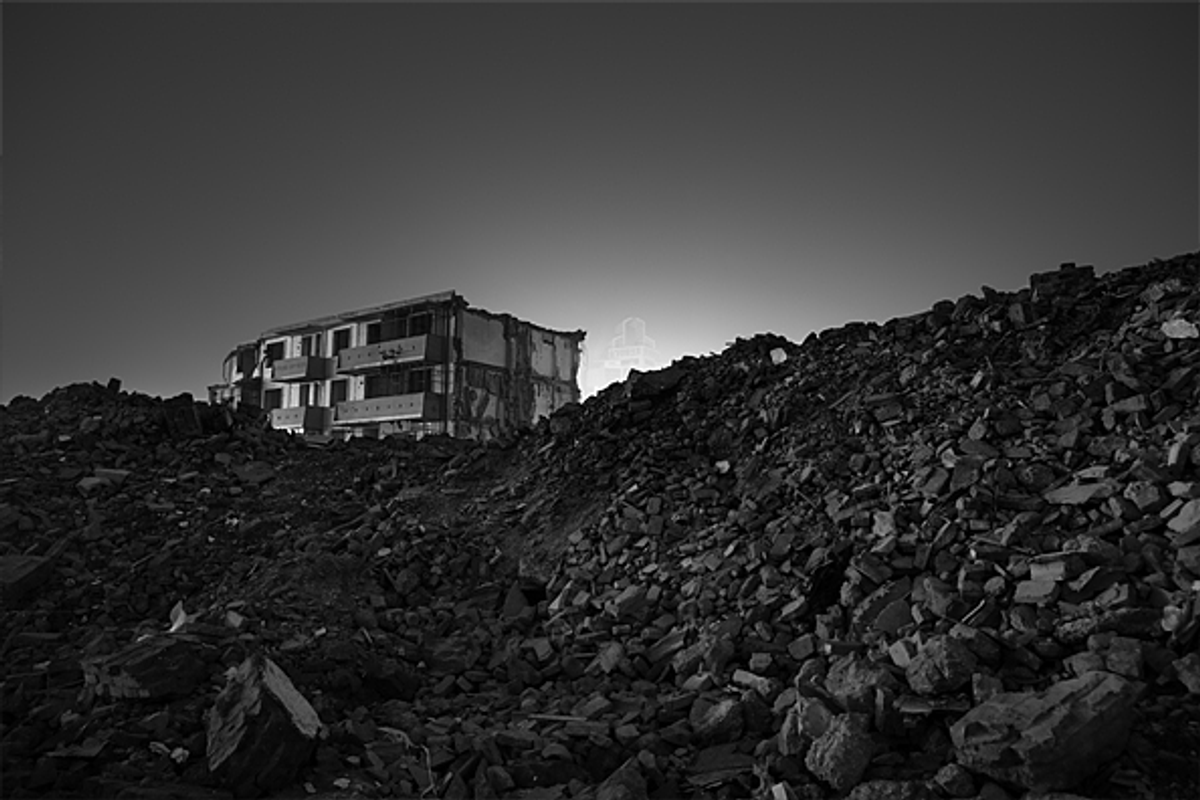 Others have tried to describe multimedia artist Bram Tihany as a filmmaker, a photographer and even a photo surrealist. But when asked, 30-year-old Tihany, who speaks energetically and enthusiastically about his work, prefers not to adhere to rigid labels. “There wasn’t really ever an intention to be that broad,” he explains, yet his work and creative considerations demonstrate fluid transitions from one medium to another.

Working with a background in fine art and an undergraduate degree in filmmaking, Tihany is experienced with a variety of image-making methods, but he views this as an irrelevant distinction in his work. His focus is on the idea. To him, being an artist is like being a child – the innocent and naive joy from creating is simply something that he can’t escape from, regardless of what his tools are.

This passion and curiosity is most evident in "The Toast," a series of photographs commissioned by the restaurant Aureole in New York. Aureole wanted lively artwork that wasn’t architectural as they were limited by space, so Tihany proposed a number of prints that depicted a dramatic and Romantic glass-themed wine drinking event, extending the identity of the restaurant and providing guests with something two-dimensional yet dynamic to fixate on. The result required a crossover between sculpture, photography and design. “There’s really a creative synthesis between working on a three-dimensional object but thinking of it as a photographer. They start to blend -- you’re really doing it all at the same time,” Tihany recalls, as he describes the laborious process. Working with several 3-D modelers, Tihany began with rigorous sketching, then incorporated them into actual rigged figures, extrapolating shapes from them and finally bringing them into a lens-based medium. Using stroboscopic photography, Tihany captured the progressive movements of the animated glass figures. Although the theme of surrealism continually threatened to encroach on a project so visually elaborate, the final form remains representational, enchanting, and quite simple to interpret in a dining context.

Tihany is often eager to re-create lifelike scenarios in digital form, as the process requires him to further understand real life in order to illustrate or simulate it. “I think there’s something really exciting about re-creating natural systems in a digital world, only because I think, predominantly the process is like painting or drawing. It’s like sitting in front of a still life and studying it,” he explains. His "Trees" installation for the Westin Chosun in Seoul exemplifies this extensive exploration of nature in digital form. To bring elements of nature into an industrial space designed to remove us from the outside seemed too ironic to him. As sociopolitical commentary, Tihany chose to create a video installation of synthetic trees, controlled by mathematical formulas, designed to mimic nature. Although producing moving trees from scratch allows the designer complete control over the scenery, the enormous task of assigning animated properties to each rustling leaf and gust of wind still made room for simulated spontaneity. Pleased with the result, Tihany expressed: “It’s hard to look at your own stuff and find surprise in it, but in this case you can.”

Tihany works out of a bright studio space overlooking Chelsea, where he is the creative director of the production company, Theory Engine INC, which specializes in video installation artwork. He calls this space a transformative property, as its bare white walls allow him to use it as a gallery to exhibit his most recent work to art dealers, and also as a spacious workspace on a daily basis. Much like the space he uses for work, Tihany is constantly in transition. Taking a break from animation experiments, his latest project, "The Trees We Build," is a collection of photos shot in China last year with quasi-documentary narratives. The black-and-white photos peer into empty industrial landscapes that are often rich in texture but void of human presence, offering an ethereal feeling.

“Anything that will drag you through a whole gamut of different creative objectives, problems, and thinking, I think is really exciting and very engaging,” says Tihany, as he strives for projects that will allow him to simultaneously wear six different hats at once. Since he finds himself increasingly in directorial roles, returning to his filmmaking roots seems to be an especially exciting direction for him. “Film is one of the biggest cross medium collaborations that we have in popular media,” he adds. “I don’t know how else you get more immersive than in that environment.