"The Artist" leads the pack with 6 nods, including Best Picture (Comedy or Musical) 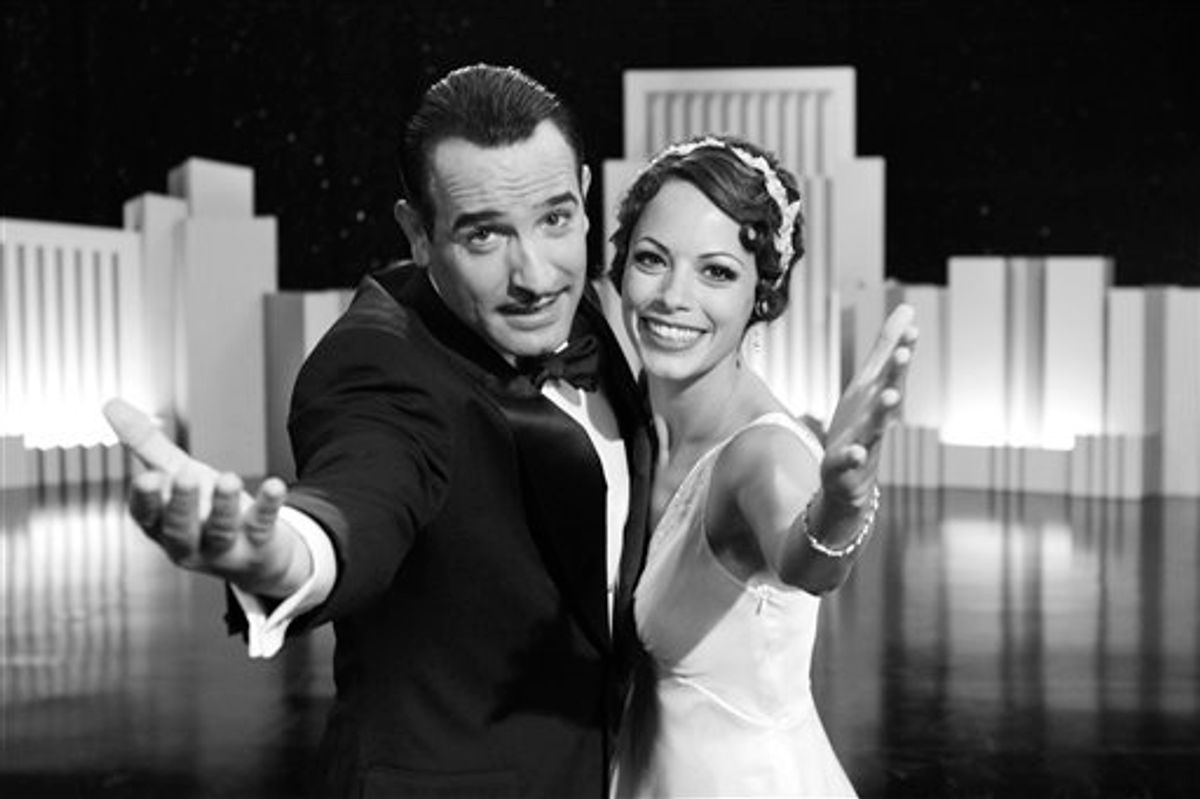 BEVERLY HILLS, Calif. (AP) — Silent film is taking over Hollywood's awards scene. The silent-era tale "The Artist" heads the Golden Globes with six nominations, among them best comedy or musical and acting honors for its French stars, Jean Dujardin and Berenice Bejo.

Tied for second-place in Thursday's nominations are the 1960s racial tale "The Help" and George Clooney's Hawaiian family story "The Descendants." Both films are up for best drama, while Clooney was nominated for best dramatic actor and "The Help" earned acting slots for Viola Davis, Octavia Spencer and Jessica Chastain.

Clooney has three nominations. Besides best dramatic actor for "The Descendants," he's up for directing and screenplay for "The Ides of March." For the acting prize, Clooney will compete against his "Ides" star Ryan Gosling, who had a second nomination for best musical or comedy actor for the romance "Crazy, Stupid, Love."

Glenn Close also is a dual contender, as best dramatic actress for the Irish drama "Albert Nobbs" and for best song for writing the lyrics to "Lay Your Head Down," the film's theme tune.

Along with the Screen Actors Guild Award nominations a day earlier, the Globes field helps narrow down prospects for the Academy Awards, whose nominations come out Jan. 24.

With drinks and dinner, the Globes are a laid-back affair for Hollywood's elite compared to the Oscars. The show turned a bit touchy last year as host Ricky Gervais repeatedly made sharp wisecracks about stars and the Hollywood Foreign Press Association, a group of about 85 entertainment reporters for overseas outlets that presents the Globes.

But Gervais helped give the show a TV ratings boost, and he's been invited back as host for a third-straight year.

Five-time Academy Award and Globe nominee Morgan Freeman — who won the supporting-actor Oscar for "Million Dollar Baby" and a best-actor Globe for "Driving Miss Daisy" — will receive the group's Cecil B. DeMille Award for lifetime achievement at the Jan. 15 ceremony.

Thursday's nominations in 25 film and television categories will be announced by actors Sofia Vergara, Woody Harrelson and Gerard Butler.