A Chinese lifeline for American workers

As wage inflation in China pushes up the cost of offshoring, "Made in America" starts to look a lot better 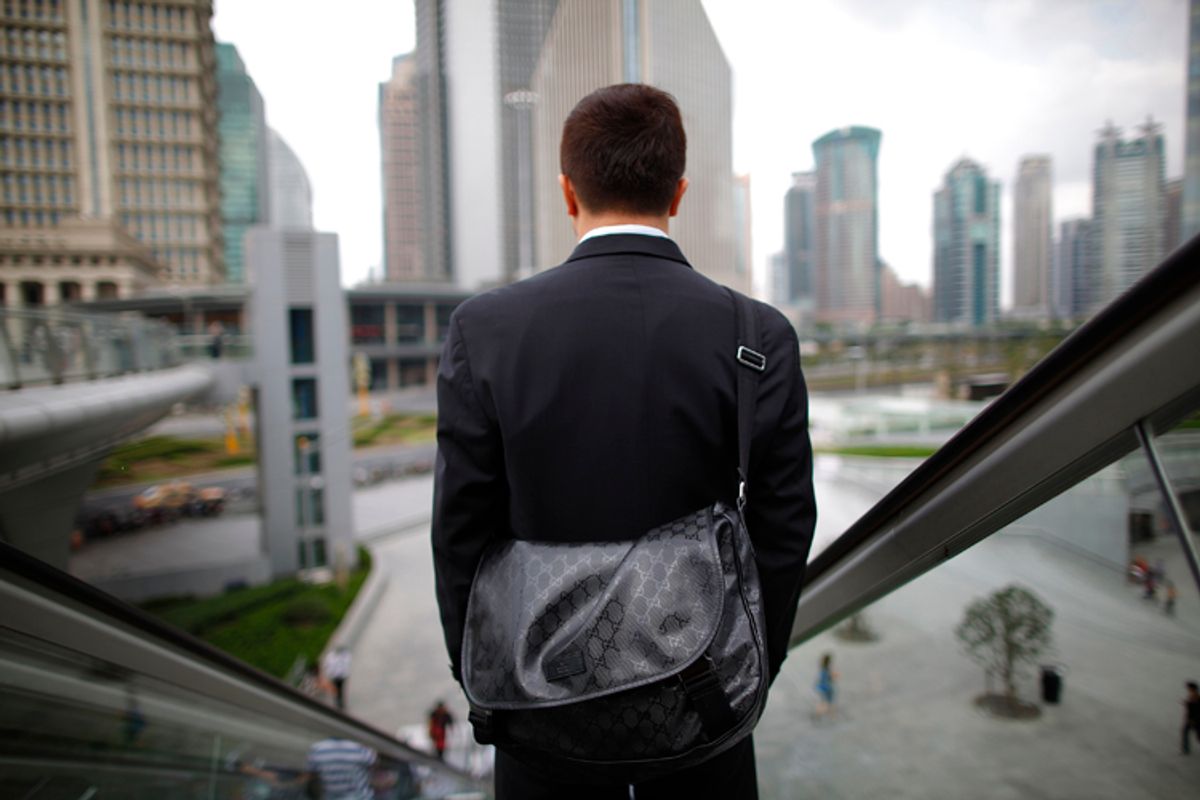 The best unemployment news in three years arrived Thursday morning, when the Bureau of Labor Statistics reported that new requests for unemployment benefits fell to 366,000 last week. That's the lowest number of claims since early 2008. Even more significantly, the four-week moving average also fell to a three-year low.

The jobless claims news is highly encouraging. While it's true that historically there has been a lot of volatility in the claims numbers over the holiday period, the long-term trend is looking very solid. A few more weeks of claims at this level, and we could start to see significant improvement in the overall unemployment numbers.

But in the long run, the most tantalizing data point for American workers has little to do with what's going on right now in the U.S. labor market. For a better harbinger of the future, we should pay careful attention to what's happening to Chinese workers.

At first glance, the Wall Street Journal headline is alarming: "U.S. Shoppers Foot Bill for Soaring Pay in China." Woe to the Christmas shoppers! Wage inflation in China has finally reached the point at which Chinese manufacturers have been forced to pass on their higher costs to consumers.

In the past year, labor costs have risen 15 percent to 20 percent at Michaels Stores Inc.'s Chinese suppliers, says John Menzer, chief executive of the arts-and-crafts retailer. He says his company has spent much of the year seeking ways to partly offset those increases, such as by grouping goods from different suppliers into a single container to cut shipping costs.

Finally! Never mind the higher bill at the mall; the news that China's cheap labor advantage is withering away is momentous. We've known for years that China's labor costs were rising 10-20 percent annually, but even up to just a few years ago, the average Chinese worker still earned just a tiny fraction of what the average American worker made. But that gap is beginning to close, and 2011 appears to be something of a watershed year. A study released by the Boston Consulting Group in April suggested that by 2015, wage rates in China's most advanced regions will be nearly 70 percent of their American counterparts.

The U.S. is ripe for a "manufacturing renaissance," declared the report.

With Chinese wages rising at about 17 percent per year and the value of the yuan continuing to increase, the gap between U.S. and Chinese wages is narrowing rapidly. Meanwhile, flexible work rules and a host of government incentives are making many states—including Mississippi, South Carolina, and Alabama—increasingly competitive as low-cost bases for supplying the U.S. market.

“All over China, wages are climbing at 15 to 20 percent a year because of the supply-and-demand imbalance for skilled labor,” said Harold L. Sirkin, a BCG senior partner. “We expect net labor costs for manufacturing in China and the U.S. to converge by around 2015. As a result of the changing economics, you’re going to see a lot more products ‘Made in the USA’ in the next five years.”

For the last three decades, globalization has funneled a stiff headwind directly against workers in developed countries. The force of that gale is now abating -- and if current trends in China persist, American workers may even end up with a breeze at their back. For workers, it is good news when U.S. multinationals start to complain about rising cost of offshoring production to China.

Of course, there's no guarantee that Chinese wage inflation will continue unabated. Scan the headlines of the Chinese business press right now, and you will see a great deal of concern about the health of the Chinese housing market. Prices are dropping fast in many regions, a possible sign of overcapacity. When you contemplate the fact that 13 percent of China's GDP is generated by construction spending, it's not hard to see why analysts are fearful of a hard landing. A Chinese recession combined with a European slowdown will not augur well for the fortunes of workers anywhere.

At the same time it is entirely possible that China is on the verge of hitting its "Lewisian turning point" -- that moment when fast industrialization has soaked up all the surplus labor available in the countryside, and workers are launched into a decade or more of rapidly growing wages and improving living standards. It happened in Japan, it happened in South Korea, and it happened in Taiwan. Given the size of China's economy, if the same pattern repeats itself in the People's Republic, it's not an exaggeration to suggest that the relative power of workers everywhere will take a great leap forward.

Of course, if you don't have the patience to wait for this transformation to fully kick in, there is another option. Go to a butler school and get yourself on the next plane to Shanghai.