"After the Apocalypse": The end of the world, without heroes

In nine visionary stories, a tough-minded writer imagines what the fall of civilization would really feel like 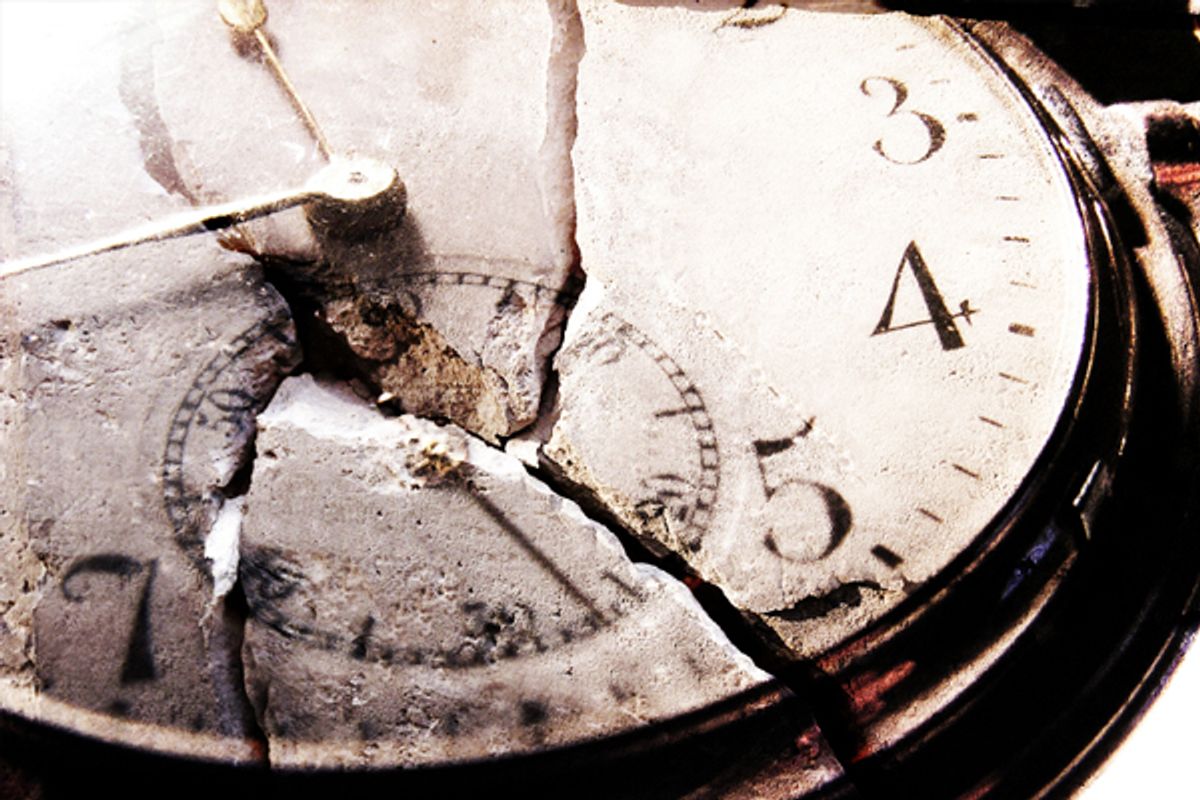 The post-apocalyptic adventure story, in the American imagination, at least, is a wish disguised as a fear. Feigning horror at the notion of civilization razed to its foundations, we can indulge in the fantasy of remaking it from the ground up. Finally, we'll get it right because we Americans -- despite not knowing about stuff like, say, Libya -- abound in native common sense and gumption. And that's all we really need, right?

"After the Apocalypse," a new short story collection by Maureen McHugh, amounts to a merciless dismantling of this delusion. The first story, "The Naturalist," is a zombie yarn (the only one in the book), set in the ruins of Cleveland, a fenced-off no-man's land where convicts are impounded in the unspoken hope that the zombies will finish them off -- or vice versa. Whittaker, the inevitable self-appointed leader of the cons, likes to make speeches about "how they were all more free here in the preserve than they'd ever been in a society that had no place for them, about how there used to be spaces for men with big appetites like the Wild West and Alaska -- and how all that was gone now."

Cahill, the protagonist of the story, doesn't have much use for such notions; he will discover another, and far more appalling, interest in his new surroundings. But Whittaker speaks to the kernel of yearning in all the varied popular depictions of the post-apocalypse: that it will give us back our frontier, that domain of lawlessness and possibility that the historian Frederick Turner famously idealized as the keystone of our national identity: "American social development has been continually beginning over again on the frontier. This perennial rebirth, this fluidity of American life, this expansion westward with its new opportunities, its continuous touch with the simplicity of primitive society, furnish the forces dominating American character."

Having run out of space, and constructed an overwhelmingly complex, sophisticated and often decadent society, we can only make our way back to the frontier (where men were men, etc.) by wiping the slate clean in the place where we already live and starting over. Zombies serve as non-human humanoids who can be slaughtered, without a twinge of conscience, as a demonstration of our mettle -- a role formerly filled, in less enlightened times, by Native Americans. (Not all post-apocalyptic crypto-westerns feature zombies, of course. Some have cannibals, like Cormac McCarthy's "The Road.")

McHugh's stories, however, are more interested in what the fall of civilization might actually feel like. The cataclysms in "After the Apocalypse" range from flu epidemics to dirty bombs to the exhaustion of fossil fuel reserves to water shortages to good old-fashioned economic depression. In "The Effect of Centrifugal Forces," an illness similar to mad cow disease has contaminated the food supply, so that everyone who ate chicken nuggets during some undetermined time period could be harboring a ticking bomb in their brains. Of course, not everyone eats chicken nuggets, and one of the persistent themes in this book is that when the world as we know it collapses, certain groups are far more likely to end up crushed in the rubble.

In the title story, which reads like a deliberate inversion of "The Road," a mother and daughter travel rough through a landscape of pillaged houses and ransacked convenience stores, seeking a vaguely rumored refuge in the north. When they take on a male companion (the mother feeling obliged to provide him with sex in exchange for protection), he recalls meeting a couple of guys, the kind "who, you know, manage a copy store or a fast-food joint or something, thinking that now that civilization is falling apart they can be like the hero in one of their video games." That doesn't happen here, for anyone, which makes this story more tough-minded than even McCarthy's notoriously bleak novel.

Hardship does sometimes bring out the best in people, but if you really look, really pay attention to how we live right now, you'll see that more often it does the opposite. Although McHugh's fiction is often set in the future, and features speculative motifs, her approach to her characters is rigorously and exquisitely realistic, refusing to indulge video-game fantasies of heroism and transcendence. An artist struggling to get by in water-starved New Mexico feels the possibility of simple generosity and trust rubbed away, little by little. A runaway bride risks her life in a medical trial to get the money for the honeymoon she never had, only to realize how little it means in the larger, lousy scheme of her life.

This acute psychological realism applied to the apparatus of wish-fulfilling adventure stories makes for a heady combination. The stories in "After the Apocalypse" will catch many readers off-guard; they're suspenseful, but they never quite go where you expect them to. The end of the world as we know it will never be the same again.