Each acceptable candidate keeps imploding, to the annoyance of the religious right 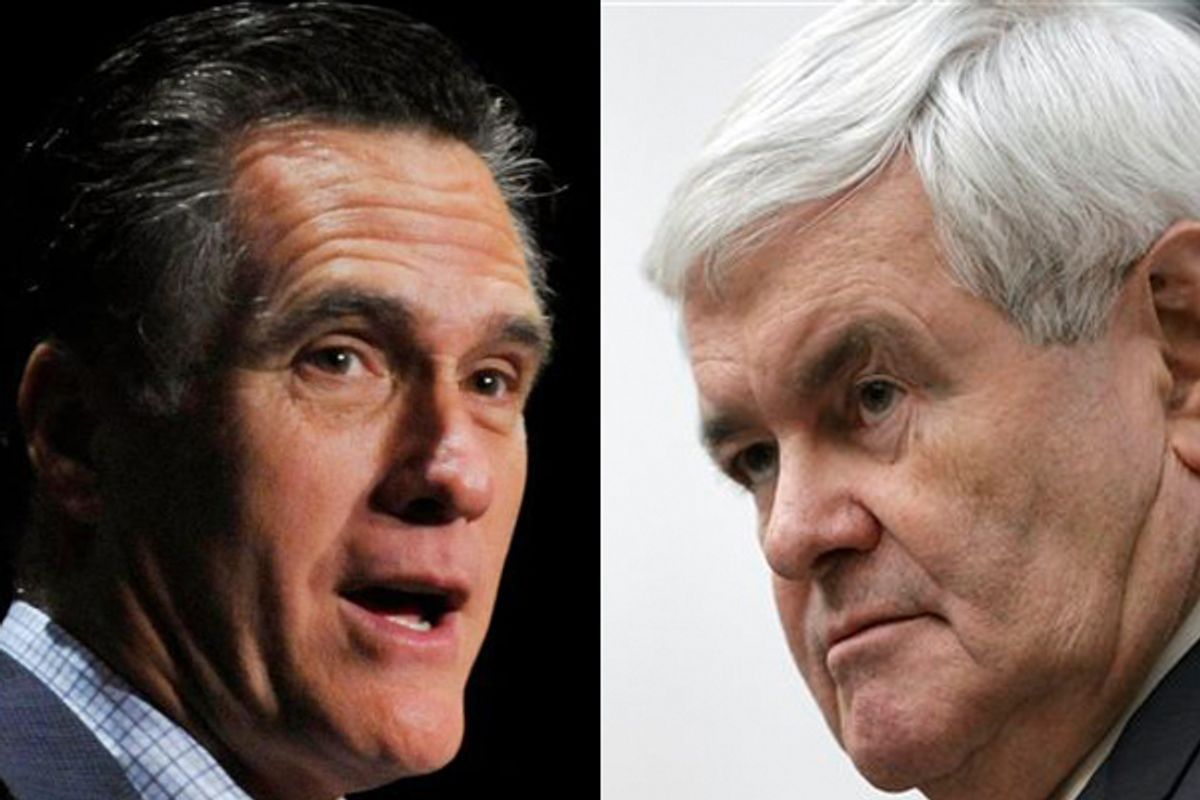 Pity the poor Iowa evangelicals, who have no one to vote for in the upcoming caucuses. I mean, they have far-right Catholic Rick Santorum and genuine millennialist evangelical believer Michele Bachmann, but Bachmann is crazy and Santorum is creepy, so what they're actually looking for is someone electable who isn't also a Mormon.

Jason Horowitz has the story, for the Washington Post, and I bet he was thrilled to get this bit of color into the paper:

In 2008, evangelical support washed over former Arkansas governor and Southern Baptist preacher Mike Huckabee, but this year [Iowa Right to Life executive director Jenifer] Bowen expressed bewilderment at the theological and electoral calculations that were leading conservative-values voters to bestow their blessing on one candidate after another.

“It doesn’t make any sense,” Bowen said, as she set down a basket filled with fetus dolls.

Mitt Romney is largely unwilling to submit to public inquisitions regarding his faith, which means he can only pander so much to evangelical voters. We're talking about people who still need some convincing before they're willing to vote for a Catholic, so he's probably correct to write off the real fundamentalists.

The story begins with Rick Perry, Newt Gingrich, Bachmann and Santorum appearing at an Iowa antiabortion event that Mike Huckabee headlines, but all anyone wants to talk about is Romney's faith and Gingrich's marital (and religious) history. Attention-seeking religious right windbag Bob Vander Plaats offers his take (Catholicism is basically OK now, Mormonism is weird, Ron Paul doesn't like Israel enough). Santorum is still banking on his hating gays and abortion more than all the other candidates, but most people quoted seem to be talking themselves into supporting a surging Gingrich.

But the tale of evangelicals looking for a candidate is fun mostly because it involves moralistic people choosing between adulterers and buffoons. Polling suggests evangelicals -- like other GOP primary voters -- are simply looking for an electable not-Romney, and they are not finding one. (Though they should swing wildly to Paul or, god help us, Santorum sometime this week.)

(OK, one more bit worth quoting: "'When you go to bed at night and bend your knees, who are you bending your knees to?' Vander Plaats asked.")