The candidate slams Obama, Gingrich as he returns at long last to the Sunday morning talk circuit 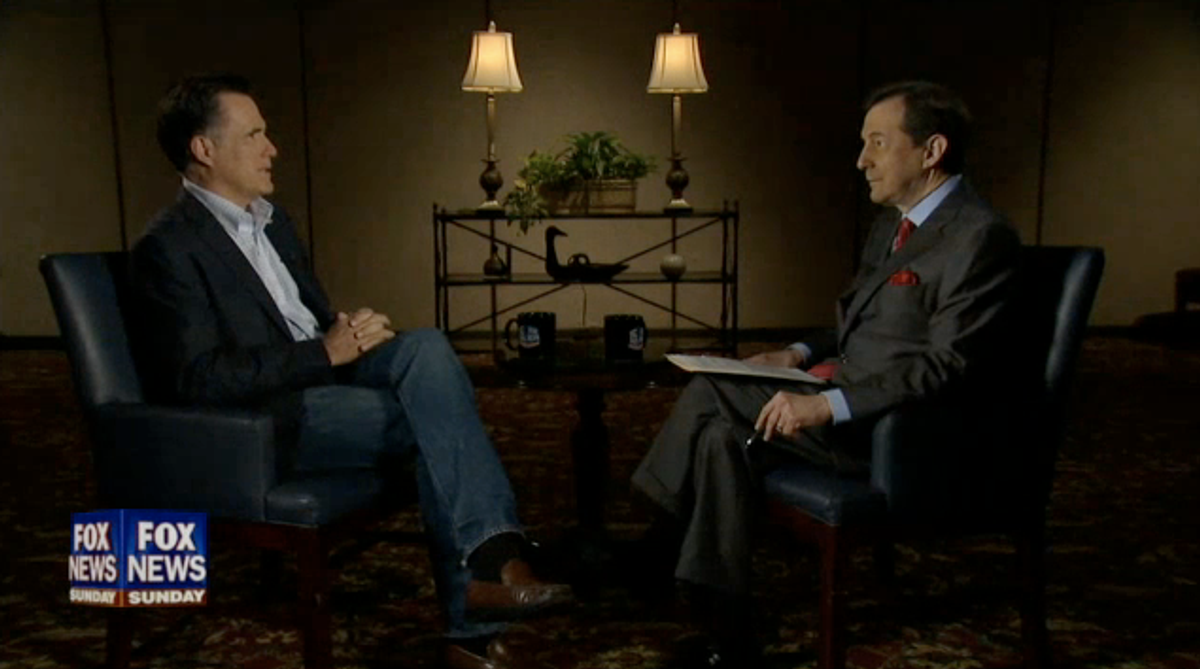 Over the past couple of years, Mitt Romney has done his best to avoid Sunday political shows, preferring to stay silent while his political rivals took to the airwaves, oftentimes only to implode. Yesterday, his poll numbers still surprisingly low for a supposedly "inevitable" nominee, Romney finally returned to the Sunday morning talk circuit for an interview with Fox News' Chris Wallace.

Over the course of the discussion, Romney touched on a number of issues, explaining his stances on tax reform and government regulation, where he comes down to the left of his Republican rivals; on Iraq, where, by some counts, he issued three conflicting opinions; and on everything in between.

In the clip below, Romney defended his time as chief of Bain Capital, which opponents on both sides of the aisle have used to paint Romney as a "fat cat" -- most spectacularly when a picture surfaced of Romney and associates bursting from the seams with dollar bills.

And, here, Romney takes a shot at Newt Gingrich, who he calls "zany" and "unreliable."