The poll Mitt Romney has been waiting for

With Newt crashing, Republicans may finally be looking at Romney and saying, "Good enough" 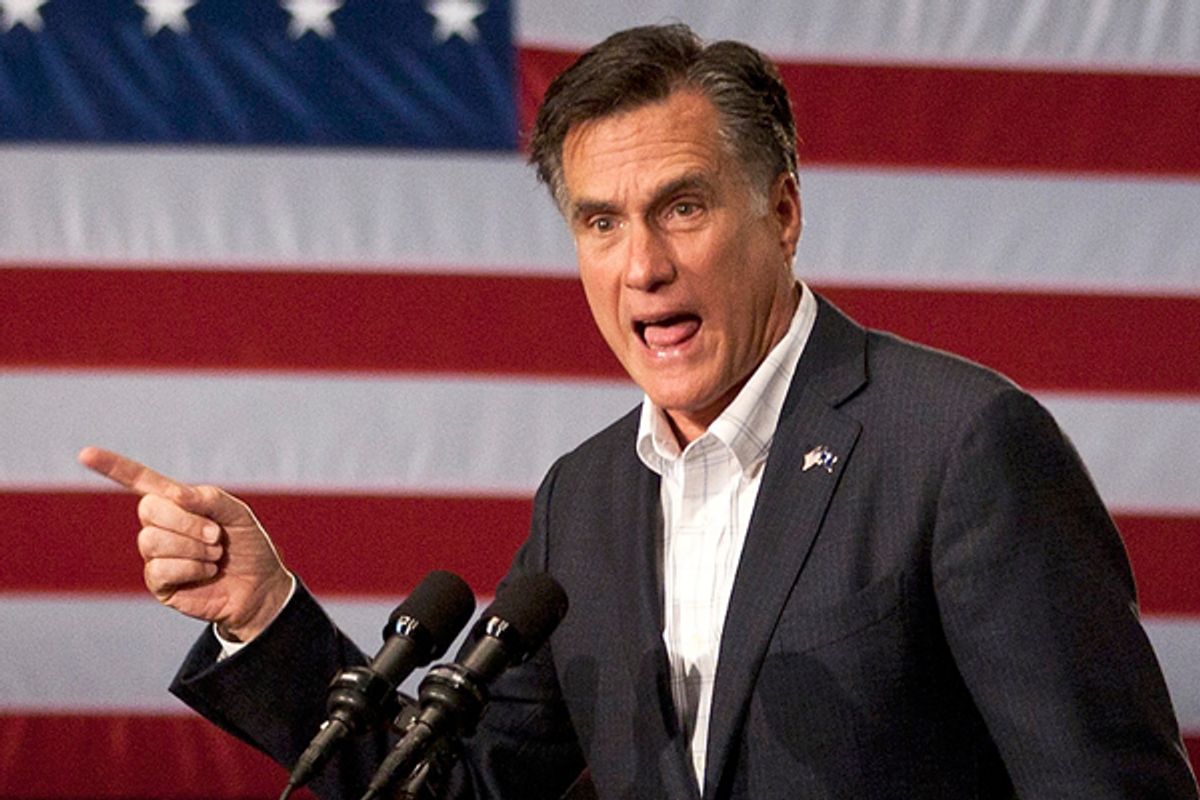 The most frequently repeated observation about the Republican presidential race probably has to do with Mitt Romney and his inability to push past 25 percent in national polls  -- even though he's personally popular with GOP voters and even as one opponent after another has surged into contention only to crash and burn. This is what has given the race its almost comical viability: Every flame-out of a Romney foe has simply given rise to a new non-Romney boomlet, with none of the up-for-grabs voters ever just deciding to settle on Romney.

But there was a silver lining for Romney in the recent surge of Newt Gingrich, with polls suggesting that Gingrich backers were ready to call the former Massachusetts governor their second choice. The question was whether they meant it, and now there is some evidence -- preliminary and tentative evidence, but still -- to suggest they did: A new CNN/ORC poll shows Romney moving to 28 percent in the national GOP horse race, putting him in a tie with Gingrich.

There's no recent CNN/ORC poll to compare the results to (the last one was taken prior to Thanksgiving), but they mesh with other new surveys that also show Gingrich's numbers -- which reached 40 percent in one national survey and were well into the 30s in Iowa ago -- crashing. The key here is that this is the best Romney has done in a CNN/ORC poll (or in almost any other poll) in at least six months, suggesting that for the first time this year, the demise of a non-Romney candidate may actually benefit Romney directly, instead of someone else.

There's further good news for Romney today in New Hampshire, where a just-released PPP poll finds him reopening a commanding lead, with Gingrich plummeting to third place, behind Ron Paul.