But the group won't donate any more money to his legal defense effort, for now 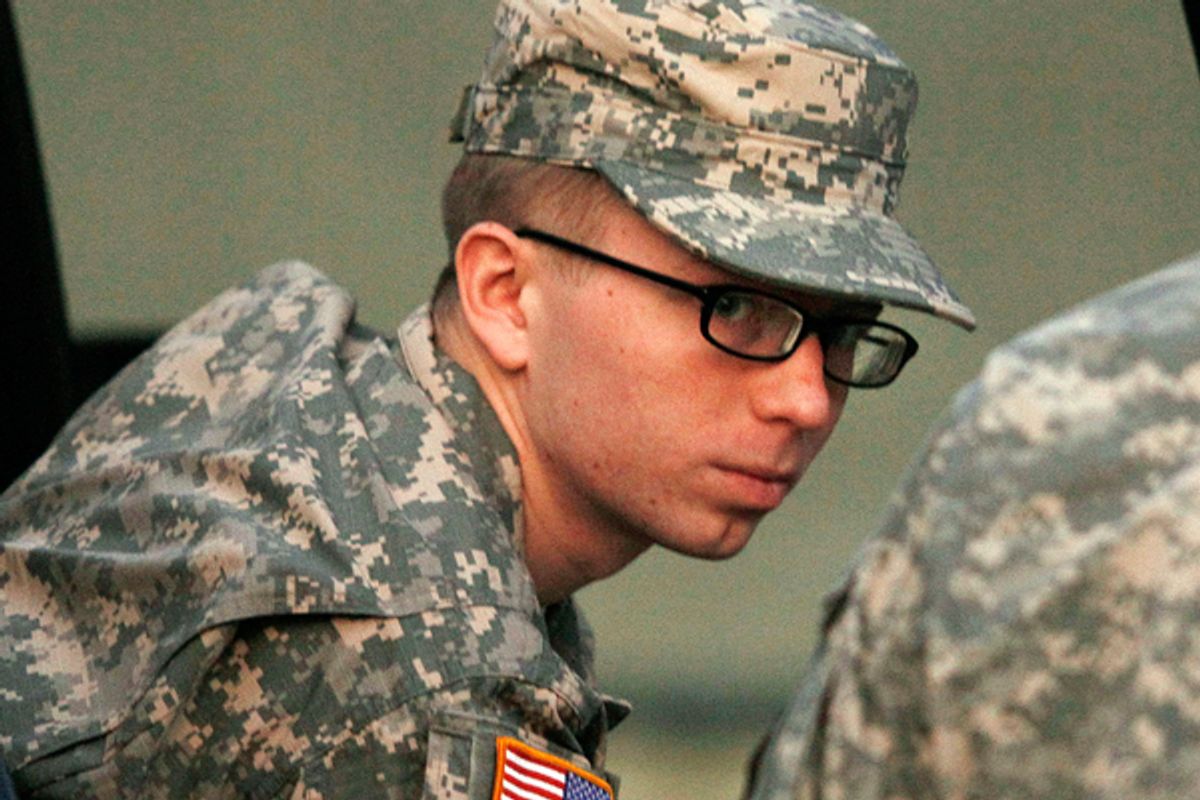 Bradley Manning is escorted from a security vehicle to a courthouse in Fort Meade, Md., on Monday. (AP/Patrick Semansky)
--

A spokesman for WikiLeaks says it is now providing "moral support" -- not money -- for the effort to defend Bradley Manning, who is charged with leaking a trove of classified diplomatic cables to the organization.

Meanwhile, lawyers for WikiLeaks and its founder, Julian Assange, have also been present to monitor the court-martial hearing for Manning that is currently underway at Fort Meade, Md.

"We have been urging people to sign petitions and use social network tools" in support of Manning, WikiLeaks spokesman Kristinn Hrafnsson told Salon. "It's outrageous that the U.N. special rapporteur on torture has not been allowed to meet with Mr. Manning and speak to him in private."

The site's Twitter feed recently encouraged followers to sign a petition urging Secretary of Defense Leon Panetta to allow the United Nations investigator to talk to Manning following the months he spent in solitary confinement, which included periods of forced nudity.

For now, though, Hrafnsson said that WikiLeaks is not planning on donating more money to Manning's defense effort beyond the roughly $15,000 it gave earlier this year. Hrafnsson said that the group had originally pledged to give a larger sum (reportedly $50,000), but it did not follow through for two reasons: the "financial blockade" against WikiLeaks by financial institutions including PayPal and Bank of America that has seriously hampered its fundraising efforts; and tax issues that Hrafnsson said prevented the German Wau Holland Foundation, which helps WikiLeaks with its finances, from giving directly to Manning's defense.

As of late October, Manning's legal fees of $122,000 had been fully covered, according to the Bradley Manning Defense Fund, which raised nearly $400,000. WikiLeaks announced in October it was suspending publishing operations to focus on fighting the financial blockade.

Said Hrafnsson: "If there is a need for additional funds, we will try our best to support [Manning]."

On the legal front, a pair of lawyers for Assange and WikiLeaks have been denied "guaranteed access" to the military court hearing on Manning.

That decision has now been appealed, with WikiLeaks' lawyers arguing that they have "a compelling interest in monitoring the hearing given both that Manning stands accused of providing evidence of war crimes to our clients, and that the proceedings are clearly closely linked to a grand jury in Virginia reported to be issuing subpoenas for information on our clients."