The former governor launched a charm offensive from "The Late Show" last night. Will it work? 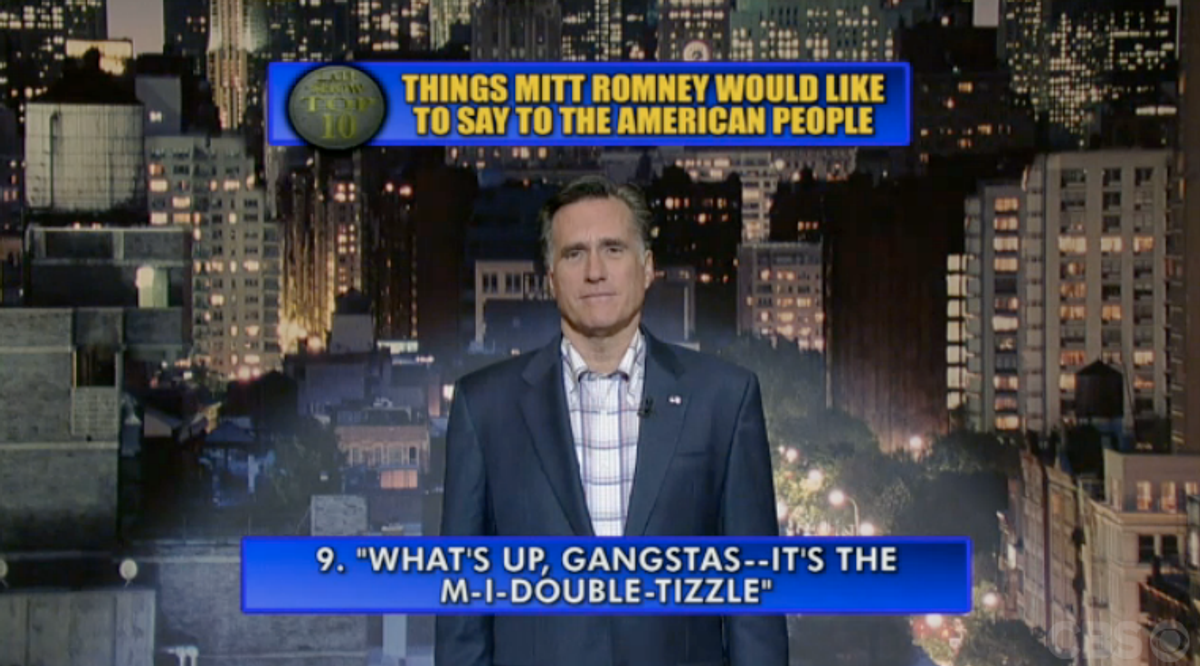 Charm offensives can be a hard trick to manage in politics, requiring both proper timing and execution in order to pay off. That's especially true in presidential politics, and even more so when you're actively trying to be funny. When Rick Perry appeared on "The Late Show with Dave Letterman" last month, he was hoping to recuperate his image only a day after committing a historically embarrassing gaffe during a nationally televised debate. That being the case, his goofy display of self-deprecation didn't do all that much to distract voters from the fact that the governor of Texas couldn't count to three.

Mitt Romney, on the other hand, is riding high these days: Newt Gingrich -- who just two weeks ago enjoyed a double-digit polling lead nationally -- has fallen back to earth. Mitt's polling numbers, meanwhile, have ticked up. No doubt itching to consolidate his gains (and also erase the perception that he's an awkward stiff) the former Massachusetts governor followed in Rick Perry's footsteps last night, delivering his own version of the "Letterman" Top 1o. And, hey, it wasn't awful!

Compared to Perry, who recited his list with all the gusto of an aspiring theatre major, Romney came off as relatively cool and casual (albeit slightly wooden). He also demonstrated a little bit of thick skin -- something of a problem for the candidate recently -- laughing off a Letterman quip about his business-casual attire, then later deadpanning about his '70s weatherman countenance and perfectly coiffed hair.

The verdict: Emotionless political robot or not, Mitt did alright.