Why is incest all over prime time?

From "Dexter" to "Game of Thrones," incest resonates -- not because a taboo has been broken, but because it endures 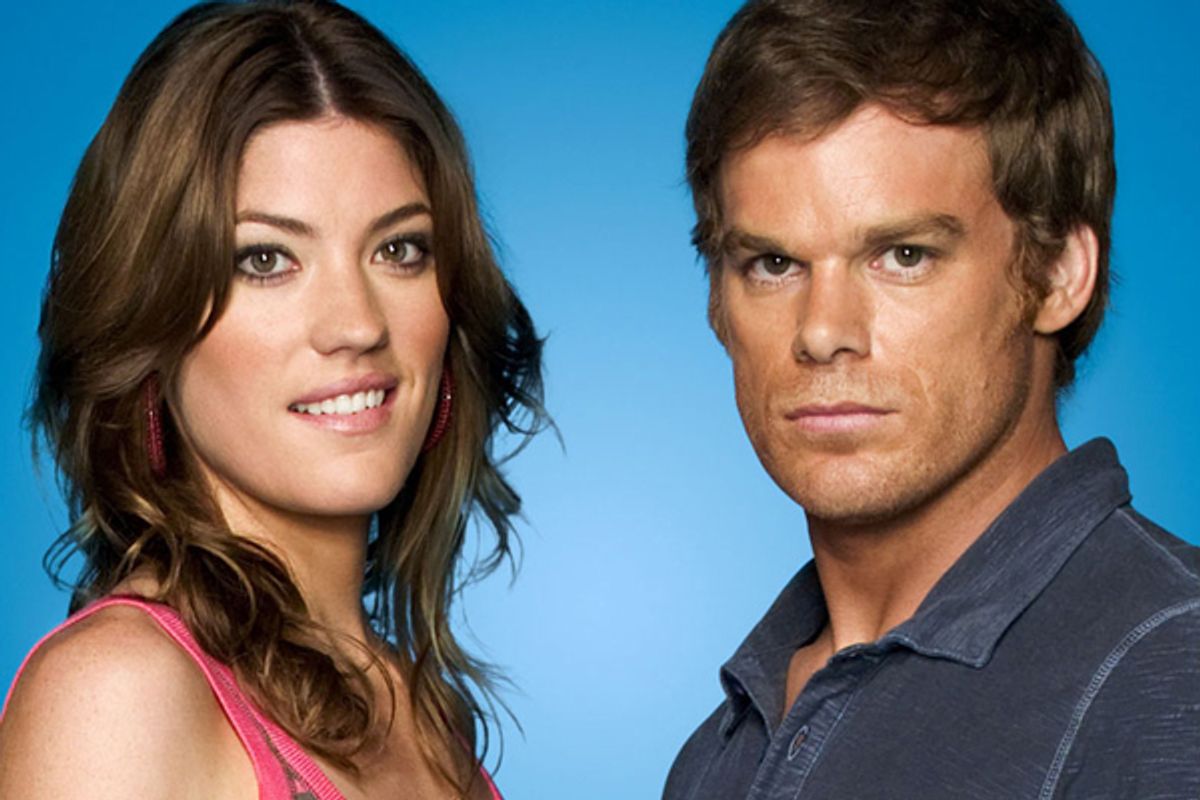 Spoiler alert: If you're behind on "Dexter," or pretty much any popular HBO series, you might not want to keep reading.

After subverting the taboo of murder with "Dexter," a series about a lovable serial killer, Showtime has set its sights on the last nearly universal prohibition -- incest.

In the sixth season finale, which aired last night, Debra comes to terms with her amorous feelings toward Dexter, her non-blood brother. The cliffhanger ending: She goes to confess her feelings and happens upon Dexter murdering another serial killer.

Dismemberment, disembowelment? Eh, no big thing. But the idea of a woman falling in love with her brother, now that gets people talking.

Incest is on the cultural radar in a big way. Again. Within the last month, a handful of popular TV shows – three of which run on the same network, HBO -- have introduced incest plotlines: "Dexter," "Boardwalk Empire," "Game of Thrones" and "Bored to Death." What's more, late last week, a video of a high school "incest prank," in which student athletes were blindfolded and tricked into kissing their opposite-sex parent, went viral and was heaped with public opprobrium. Of course, incest is an age-old theme in literature, and real life, but why is it that these narratives seem to have cropped up right now?

There is little in the carnal realm that HBO, the network that brought us everything from "Real Sex" to "Sex and the City," has left untouched. As the New York Times noted, it's now given us "Game of Thrones'" historically accurate twincest story line, "Boardwalk Empire's" sex between a similar-in-age mother-son pair, and "Bored to Death's" unwitting romance between the byproducts of the same anonymous sperm donor. Unlike these fictional story lines, the "incest stunt" video has inspired actual outrage – as opposed to horrified titillation – precisely because it's real. The Minnesota high school that hosted the event made headlines everywhere from ABC News to the Daily Mail, and the school's principal had to issue an international apology.

It could be a total coincidence that these examples have all coincided: Given the preponderance of incest tales throughout history, it's inevitable that these story lines will occasionally overlap. Writers in need of creative inspiration – maybe especially harried TV writers -- will turn to classic areas of drama, and the incest theme goes as far back as the Bible. (The latest season of "Dexter" was explicitly built around biblical references, actually.) It's no coincidence that all four incest-happy shows air on premium cable channels that have the freedom to fully exploit both sex and gore for shock value. In fact, they are expected to perpetually push the boundaries of adult drama -- and "nothing trumps incest," says James B. Twitchell, author of "Forbidden Partners: The Incest Taboo in Modern Culture." "For reasons that are complex and psycho-biological the human is electrified by [it]," he says in an email. "If you want someone not to hit the remote control clicker, show a hint of incest."

It's happened in the past that incest tales have appeared to be having a moment. Behold this excerpt from a 1997 Times feature:

If a dozen movies, television dramas and memoirs are any indication, incest, one of humanity's last taboos, is taboo no longer. Incest is the plat du jour in the 90's marketplace, the sudden Zeitgeist zapping a jaded American audience. What's more, the new permutations make this societal crime seem almost ordinary.

Reports of the taboo's death continue to be greatly exaggerated. The recent spate of incest plotlines inspired an article by Jace Lacob in the Daily Beast declaring that these shows "break the incest taboo," but nothing could be further from the truth. In fact, these fictional imaginings reinforce the taboo by playing on our supreme squeamishness toward the idea of incest. That's how these stories typically work -- except in the case of a certain subset of erotic fan fiction, of which Lacob super-earnestly writes, "In a world where victims of incest can’t come forward to accuse their abusers for fear of their safety or of not being believed or of being humiliated, it’s disconcerting that a group of fans would willingly choose to project incest fantasies on fictional characters." What he calls "disconcerting," I call Human Sexuality 101. Yes, we tend to eroticize taboos, especially in our fantasy lives -- yawn.

None of this is to say that the recent incest trend is irrelevant to our current social climate. Mary Jean Corbett, author of "Family Likeness: Sex, Marriage, and Incest From Jane Austen to Virginia Woolf," writes in an email, "Incest tropes always test the bounds of what’s 'natural,' and in a time where there's a fairly strong effort to legitimate and/or delegitimate different forms of sexuality, there may be some other symbolic or cultural work that incest … now does," Corbett says. She adds: "I do tend to connect incest plots in general to fear of difference, desire for sameness, and a conservative investment in the familiar/familial."

Whatever the reason for the recent uptick in incest tales, it's clear that the "horror of incest," as Freud called it, still endures -- and so too does our desire to confront it; we are at once drawn to it and repulsed by it. Note that these shows toy with a very limited range of incestuous relationships -- except for one relationship between a mother-son pair separated by only 13 years, these fictional romances are between siblings. Nancy Fischer, a sociology professor and author of the journal article "Oedipus Wrecked? The Moral Boundaries of Incest," importantly emphasizes, "Sibling incest isn't that common and when it occurs, it's more likely to be an older, bullying brother with a younger, powerless sibling." Similarly, Robin J. Wilson, a clinical psychologist and president of the Florida Association for the Treatment of Sexual Abusers, notes that these TV examples are "not your typical father-daughter incest we usually see in forensic settings" and adds that sibling incest is "perhaps, more socially palatable, if you will, but still racy enough for sweeps." It's just the right amount of horror to keep us interested -- kind of like a serial killer protagonist who only kills bad guys.