By blocking the payroll tax cut, the Republicans have given the president a chance to redeem his promise 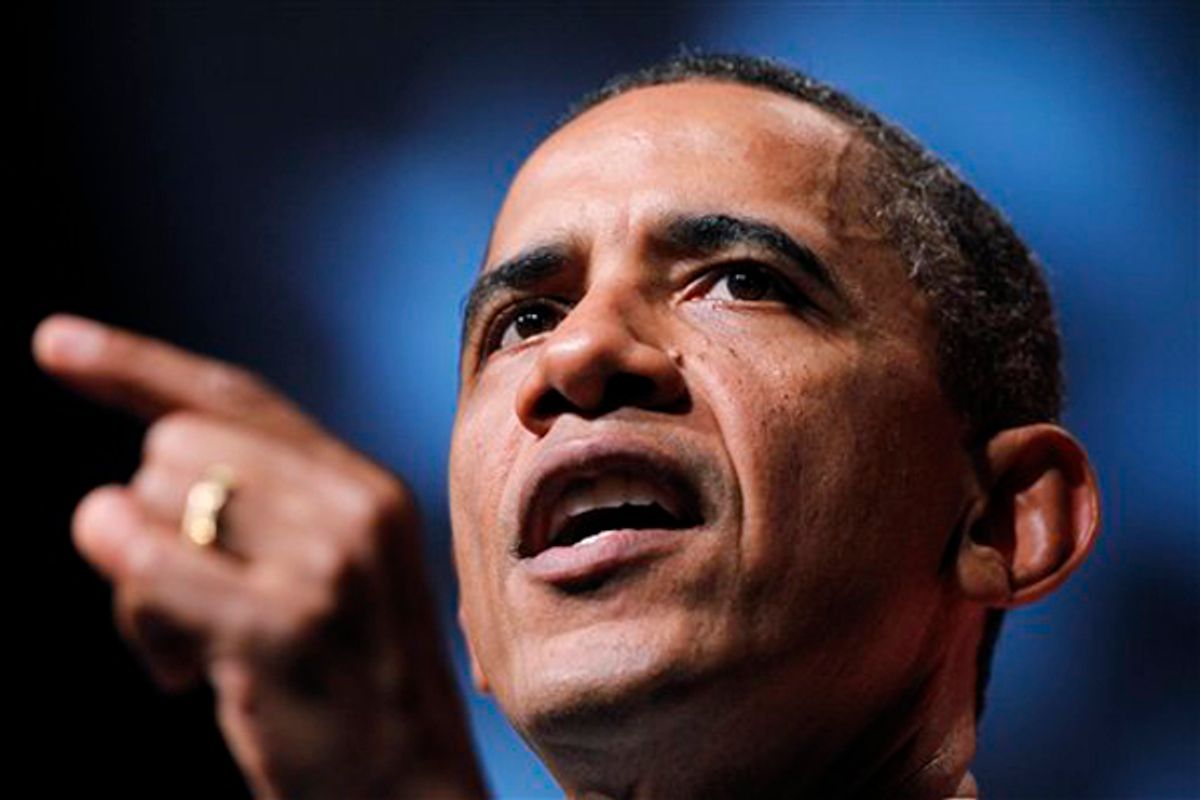 This is it for President Obama.

This is the moment he and his presidency promised to deliver. The fight over the payroll tax cut extension gives Obama a chance — perhaps one, final chance — to elevate the more pinched, listing and frequently uninspired policy agenda he prosecuted from the White House these past three years toward his lofty rhetoric of 2008.

The payroll tax fight provides the president a rare opportunity to pull together so many of the loose threads of his presidency. This is the opportunity for the former law professor to be an educator-in-chief about the growing disparities between those who derived incomes from wealth and those who derive them from work. It is an  opportunity to prove that he can stare down and unmask the rump Republican national minority that pretends its House majority represents the public will. It is a chance to prove that Washington’s rigged game need not always result in the spoils of political victory going automatically, or at least disproportionately, to the economically spoiled. This is, in short, a moment  for the president to demonstrate the resolve that earned his hopeful believers’ support three years ago, and it comes as he begins asking the electorate for another four-year lease on the Oval Office.

Although presidents should pursue the unpopular but moral, there is no such tradeoff to make here. The payroll tax cut extension is quite popular — though not as popular, mind you, as raising income taxes on the top 1 percent. Winning the payroll tax cut extension will not absolve Obama entirely from extending the Bush tax cuts, but it’s a start. And, whether for the purely cynical purpose of framing his case for reelection or because he now finally “gets it,” his Osawatomie speech earlier this month only represents a real policy and political pivot if he continues moving in this new, middle-class-oriented direction that already has him clawing his way back in the polls.

Although presidents sometimes do the right thing for the wrong reasons, the payroll tax fight offers no such complications. As a Congressional Budget Office study already demonstrated about the 2009 stimulus, which was arguably too small and included too few of the right kinds of tax cuts, the payroll tax cut extension will continue to be truly stimulative. It will go to people who need it the most and will spend the tax savings immediately, in ways that increase the multiplier velocity of money. The payroll tax arguably venerates both Keynesian and supply-side economic principles.

Although presidents cannot solely represent their party’s interests, behaving chiefly as a partisan-in-chief on this issue is no obstacle here, either. The payroll tax can unify Democrats, and Obama has already received ample and, in some cases, even unsolicited partisan cover from Republicans such as Scott Brown and Dick Lugar on Capitol Hill. As Obama noted in his press statement from the White House this afternoon, most Republican senators and leaders of both parties from both houses support the two-month, temporary extension. Obama can roar now that this will be a nonpartisan (at least bipartisan) achievement — and then boast later in whispered tones that it’s really a big win for the donkeys.

Although presidents risk looking petty when targeting opponents by name, this is not a political situation where fingering them squarely will backfire. Both parties know the Tea Party wing of the House Republicans, whose radicalism even House Speaker John Boehner is unable to understand, no less control, is blocking a two-month payroll tax cut extension in order to exact unrelated concessions. So why did he conclude his press briefing Tuesday with plaintive entreaties not to “play brinksmanship” games? To win in politics, sometimes politicians must call their enemies out, and be willing to go to the brink themselves by pointing a finger of blame squarely at those who deserve scorn. Calling out John Boehner is a good start, but the president should go a step further and call out the GOP’s Tea Party wing.

Well, here’s his big chance to deliver. He shouldn’t let congressional Republicans go home for Christmas without a victory on the payroll tax cut extension. He can’t let their stalling tactics break him. He should call out the radical House Republicans by name, welcome their hatred, and direct Americans’ ire right back at them. Occupy the Capitol, if he must. Because this is not just the fight of his presidency -- it could very well be the fight for his presidency.