The psychic who predicted my career

I was a millennial struggling to find my way. The first person to see my path was a woman who read it in my palms 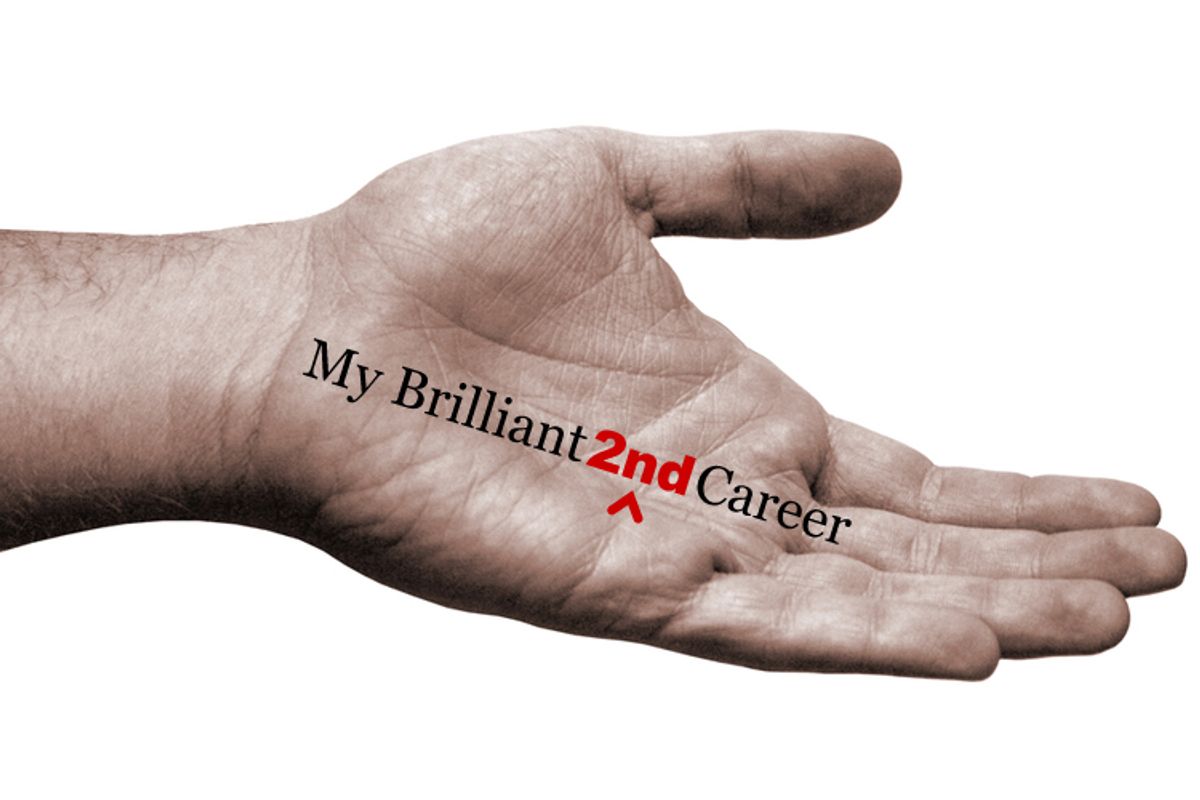 This is a series about people who stared down the Great Recession -- and reinvented themselves along the way.

I was walking through downtown Oakland, Calif., aimlessly, much as I had been wandering through life. It was my first visit to the city, and I'd been wondering if this might be the next place I called home. I was headed to the BART station when an eccentric lady peering at me piqued my curiosity. Crossing the street to get closer, I realized the mystic storefront was only “strategically mystic”; this was a fortunetelling business. Now, I don’t usually believe in this sort of thing, but it was an upside-down time in my life. I had come to California from my home in Dallas in search of a job. If I didn’t know my next step, maybe she did.  Plus, it was only 10 bucks -- half price.

The recession had not been good to us recent college graduates, who had been promised the world if they just got a good education. It was especially brutal for idealists like me, who wanted to make social change. Psychology had been a way to help people, a balance of the philosophy and science I enjoyed. But there wasn’t a job market without graduate school, and I already had enough student loans. As the eldest son of immigrants, my mother widowed, it was expected of me to step up.  I needed to help out and I wanted to make my family proud, and I wasn’t doing either.  So I took odd jobs: market research and analysis, database administration, SAT tutoring, delivering food, and computer repair. Nothing that got me on the successful career track I wanted.

I’d had my dream job for about six months, working as a case manager in a residential treatment center for children.  I loved it, and made a decent wage, but little did I know I was on a sinking ship; our facility was so far in the red that the controlling corporation shut it down. I spent the last few weeks making sure the kids had a place to go.  Where I would go next -- that was another question.

I came out to California with little more than hope and an incredibly generous offer from my extended family to help out. I  scored my first interview for a social work-related job in Oakland. I showed up that day excited and full of passion. I left feeling a little sick: I was up against moms, people with master’s degrees, and even a Ph.D.  I didn’t have a shot, and I knew it.

All of that is what brought me to the palm reader in the East Bay. I was skeptical, of course, though she earned by dubious trust by telling me eerily accurate information about my family and my love life. Then she told me what I already knew about my interview.

“You’re not going to get what you came here for,” she said.

“You’re going to have to do something you don’t expect.  You’ll have the career you want and even get to be creative with it.”

What was she talking about? Was I going to be a rock star?

“Well, if you want more time, I can charge you the full half-hour rate …”

No, I was ready to leave. I'd gotten what I'd come for.

Now, I’m not sure if it was some self-fulfilling prophecy or if I was witnessing bona fide intuitive magic, but her words triggered a desire to make a change and reinvent myself.  Being well-versed with technology and right in the middle of Silicon Valley, I made some more Web-related pursuits. I finally received a promising email for an internship at a publication looking for someone with decent Web skills and a desire to learn.

I made my way to the office in downtown San Francisco and was greeted by a friendly girl in the front.  I looked around the reception room and saw a bunch of awards, honors and recognitions. The door read: Salon.com.

I couldn't shake a nervous excitement. This was a website I read regularly, and I was in its office. They wanted to talk to me.

“You’re really overqualified for this,” my interviewer kept saying. Later she would become my boss, mentor and great friend.  “You won’t get paid, and I can’t guarantee this will turn into a job either.”

I didn't care. I just wanted an opportunity.

“When do you want to start?” the woman asked.

My family wasn't nuts about an unpaid internship. But I had a little bit of money still leftover, and some great cousins who were willing to put me up. I began by working a few hours three days a week, but I quickly found myself staying at the office as much as the full-timers. My compensation came in the form of experience, peanut M&Ms, bagels on Friday, and all the black coffee I could drink. But more important, I was learning how a site like Salon operated, what sort of bugs and technological challenges websites face every day, the various streams of revenue available to online publications. I grew to enjoy the weird rapport of the office. Every afternoon the San Francisco office had a contest to guess traffic numbers. Meanwhile, on the daily editorial call from New York, staff members interspersed reports of upcoming stories with jokes about making cats into bongs.

Eventually, word got around that I knew a little bit of programming, and I was launched on more challenging projects, like figuring out how to rewrite Salon’s website on a more modern technology and take more than a decade of old data with it.  My knowledge had to grow rapidly; I took it upon myself to make sure I was familiar with every aspect of this new project.  I was cramming programming books on the weekends, familiarizing myself with software I had never used before, searching Google for answers to all my technical problems, and making heavy use of the guess-and-test method to make things work.  I worked so hard to make myself a valuable asset to the engineering team.

It paid off: I got hired. I was ecstatic.  Ibrahim Madha, Product Engineer.  Not only did I have a great job but I made my family proud.  It was something every Asian immigrant parent dreamed of -- a son who was a doctor or an engineer.  My mom was bragging about me again: “My eldest works for a website in San Francisco and he still calls me every day.”  My younger brothers weren’t making fun of me for being a total bum anymore, and they even admitted I was smart.  Three months of working for nothing had paid off, and I had a brand-new career that I was actually pretty good at.  Not bad for a corny hipster kid from the suburbs of Dallas.

This career move has not been without its challenges.  I haven’t had so many all-nighters since college (although my cubicle is much more comfortable than the library basement floor).  The pace is fast; no time for screw-ups.  We had a website we needed to support while building an entirely new one, which meant a lot of sleepless nights and round-the-clock work schedules.  At one point, I became so frustrated with making new bits of functionality only to find them broken a few weeks later that I threatened to jump off my apartment balcony.  Luckily, I live on the second floor.

If you had told me two years ago I'd be out here in San Francisco doing this job, I would have laughed, delivered your pizza and scoffed at the bad tip you gave me. I had no idea that the politics and culture site I read every day was going to be the place I found my next career. How could I? It's so easy to get discouraged these days with the constant barrage about our broken economy, soaring debt and an unmovable job market.  But what I've learned is that when it comes to work, dreaming big is just as important as learning to adapt and be practical. I didn’t end up doing what I dreamed, but I did what I was good at, what made sense. And it turned out to be pretty amazing anyway.