We can't know who's behind "Americans Elect," because we might make fun of them 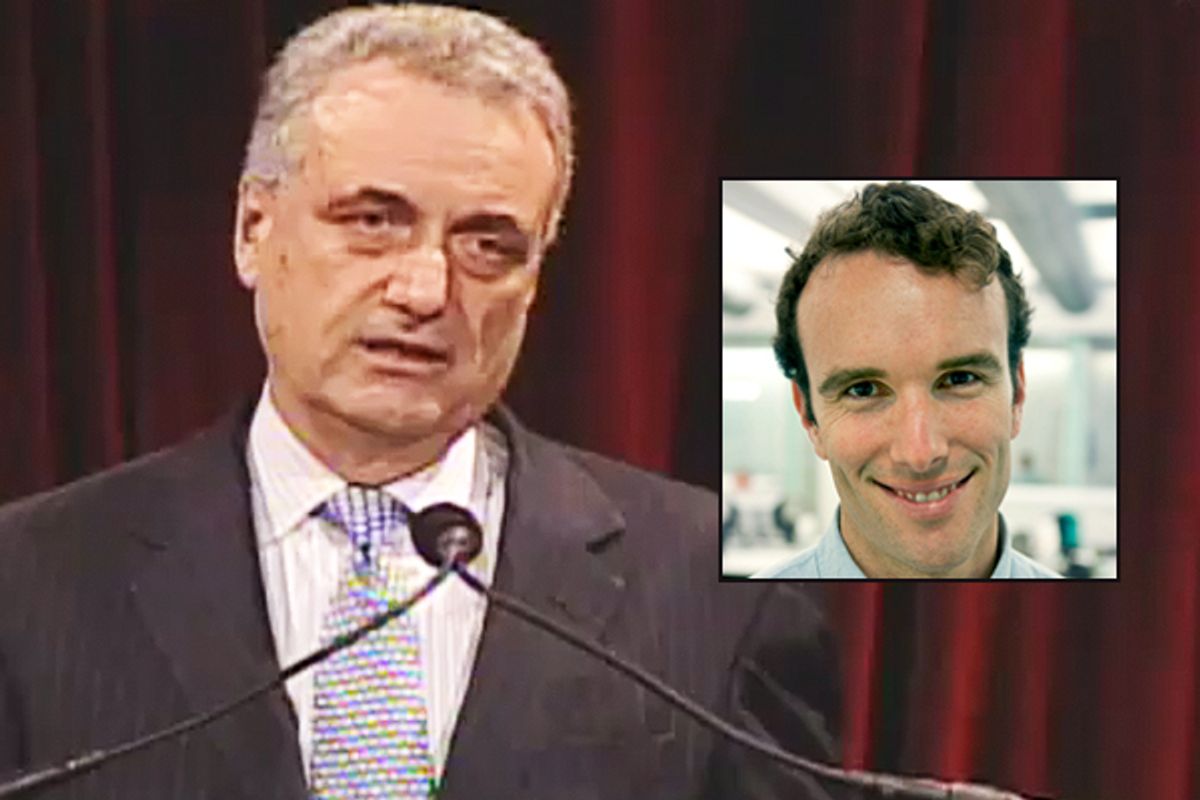 The dingbats behind "Americans Elect," a shadowy centrist third-party effort to get an Internet petition onto actual presidential ballots, refuse to reveal who's funding their efforts, because their donors are very worried that someone might call them dingbats.

That's what reporters on an Americans Elect press call learned today, according to Dave Weigel. When Politico's Ken Vogel began asking difficult questions about why the group hides its donors, a spokesperson said it was because of "fear of retribution."

Americans Elect COO (and son of the group's chairman) Elliot Ackerman explained what this "retribution" might look like:

But hang on: What sort of retribution were we talking about? "My father, Peter Ackerman," offered the group's COO Elliot Ackerman. "He's been mischaracterized in the press frequently."

Sragow wasn't about to let this suggestion fly -- this idea that working with AE wasn't dangerous. "Don't suggest that there is no retribution," he said. "Nobody who's spent 10 minutes in politics could think that." He'd been vilified for participating in the group. He'd been attacked and insulted. "Fortunately, in this country, we don't use molotov cocktails literally," he said. "We use them figuratively."

So! Random unknown billionaires will fix our politics by paying an unknown third-party candidate's way onto our ballots, but we must never know who did this or why, because someone might "mischaracterize" them, with figurative Molotov cocktails. Yes, that makes perfect sense.

We do know that Peter Ackerman initially funded the group. Ackerman is a private investment firm executive who became extremely wealthy while working for "junk bond king" Michael Milken in the 1980s. He's got a history of interest in "strategic nonviolent conflict" as a means of regime change, and founded an organization dedicated to promoting that cause internationally. He was, at one point, on the libertarian Cato Institute's Board of Directors, but no longer appears to be. His basic thesis -- that a successful civil resistance movement requires strong top-down leadership and meticulous planning -- is interesting, and he argues it intelligently. If this group is an extension of his belief that radical political change is best achieved through elite-driven populist movements, then I think he's doing it wrong. Unless a well-funded internet petition to put Buddy Roemer on the California ballot is just the first step in this revolution. (What it won't be is an actual effort to get a popularly selected third-party candidate on the ballot. The group's big pitch -- lots of talk of letting THE PEOPLE have the power to pick a candidate! -- is belied by the fact that a corporate board of directors is actually in charge of making all decisions, according to an arcane set of rules and bylaws.)

Of course the Americans Elect board also includes vacuous rich moron Lady Lynn Forester de Rothschild, and duplicitous hack Doug Schoen is involved, so maybe it's just a standard-issue idiotic rich centrist group with no clue what the hell it's doing.