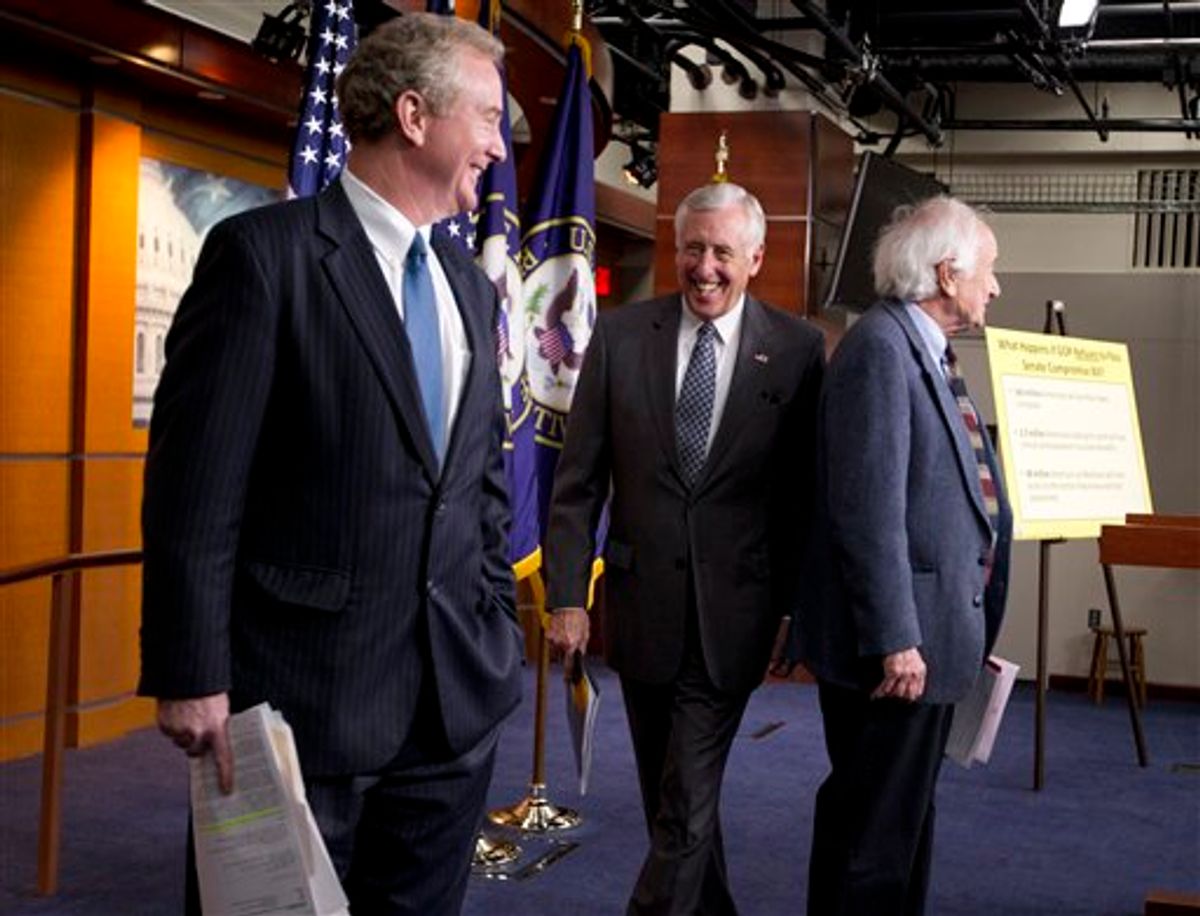 The move reflects a bowing to demands by the Senate and President Barack Obama and appears to all but assure 160 million workers aren't hit by a 2 percentage point increase in the payroll tax on Jan. 1.

It also would renew jobless benefits for almost 2 million people without jobs for more than six months and spare doctors from a big cut in Medicare payments. House Republicans were to hold a telephone conference call on the developments later Thursday.

House Republicans balked at the bipartisan Senate bill earlier this week, and their leaders, as recently as Thursday morning, had insisted that the Senate begin talks on a one-year measure passed by the House last week. The Senate passed a 2-month extension on Saturday.

The decision came swiftly after the top Republican in the Senate, Minority Leader Mitch McConnell of Kentucky, urged the House to accept a short-term measure.

From The Wires Payroll Tax Cut U.s. House Of Representatives