In the age of pepper-sprayed Black Friday shoppers, stores clearly no longer care what their customers think 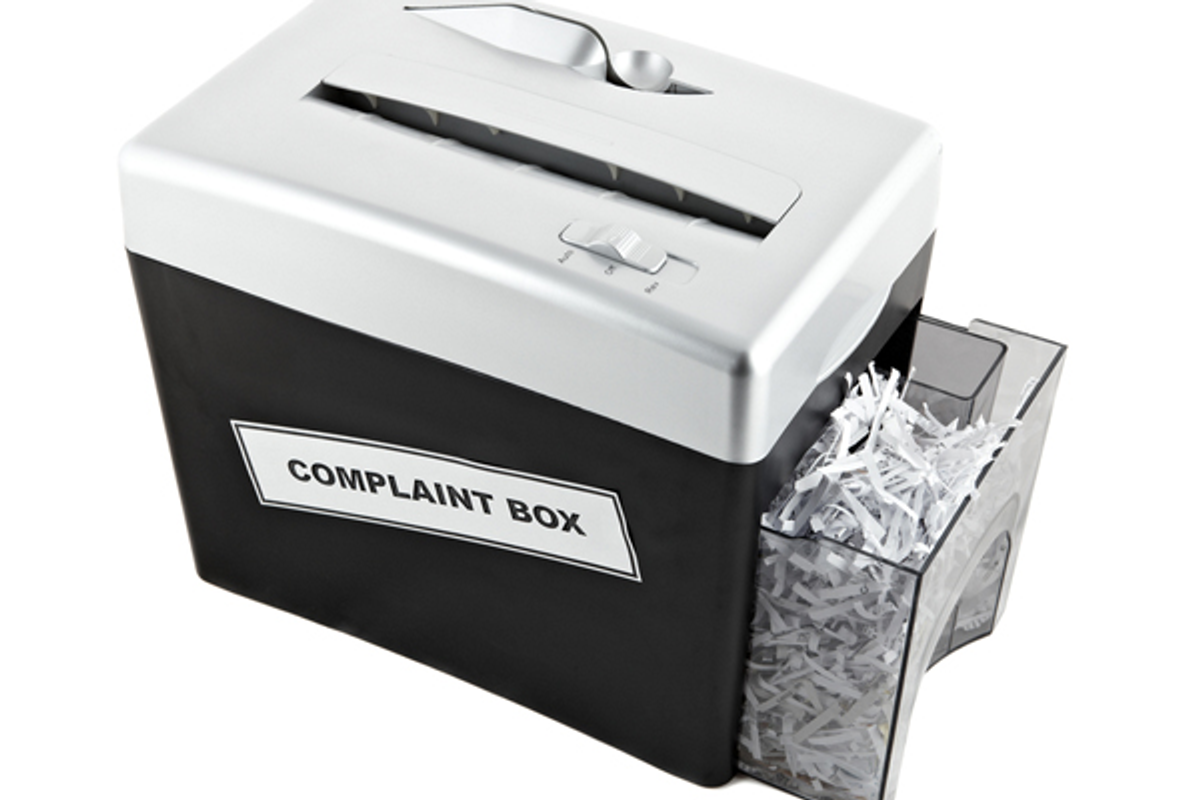 In the spirit of the season, I’d like to file a complaint -- about complaints. Corporate America just doesn’t handle them the way they used to. As in, at all. I grew up in retail. My father owned a drugstore in upstate New York and was as old fashioned as the next guy when it came to the rules of doing business. As in, Rule #1: The customer is always right. Rule #2: See Rule #1.

Unless, of course, he caught a customer shoplifting, in which case all rules and rights were suspended, including habeas corpus. Make an attempt to sneak out of his establishment with a bottle of moisturizer or a pair of sunglasses and prepare for the thunder of God’s own drums. I never heard him yell at his own kids the way he yelled at any young, incipient Artful Dodger who tried to skip the joint with a purloined Snickers bar tucked under his shirt.

As I got older, some of my classmates who sought the five-finger discount came to me directly, hoping I’d grab for them what they feared to take themselves. I trace the evolution of the '60s counterculture through their requests. When we were high school freshman, they wanted prophylactics and cough syrup. By the time we reached senior year, it was blank prescription pads and several hundred empty gelatin capsules, to be filled with who knows what homemade hallucinogen.

In those days, before the notion of Black Friday spread across the land and early rising consumers clamored for the privilege of getting stomped upon and pepper sprayed, my father’s busiest time at the store wasn’t the day after Thanksgiving but the day after Christmas, when holiday items were steeply discounted and customers arrived to exchange gifts received or complain about faulty products. Each complaint was handled with aplomb, cash returned or merchandise traded, no questions asked.

So having been raised to honor the sanctity of the complaint, when I reached my majority, I took my own complaining very seriously, drafting letters of such savage wit, spellbinding rhetoric and logic that any commercial enterprise in receipt thereof was compelled to immediately see the error of its ways and yield. Or so I imagined.

I always copied my missives to the Better Business Bureau and once -- in the matter of a defective watch battery from Macy’s -- received from a woman who worked at the bureau the epistolary equivalent of a standing ovation. Several years later, when my then-wife was having problems with a furniture store coming through with the proper door for a new credenza, I drafted a complaint letter in her name and copied the BBB. A note came back from the same woman, announcing -- and I am not making this up -- that it was the best one she’d read since that guy with the bad watch battery. Okay, maybe she simply noticed that the return address was the same, but in that moment it felt like I had won the Academy Award for Outstanding Achievement in Whining, Original or Adapted.

Now, however, complaints go largely unanswered. I blame this, at least in part, on the Internet. Websites for stores or other businesses more often than not have a place where you can register a grievance but they disappear into cyberspace like those microwave transmissions of “Leave It to Beaver” now racing past Alpha Centauri, never to be heard from again unless alien civilizations have a twisted sense of humor and a desire for revenge.

In the last few months, I’ve dutifully typed onto my screen various grievances to various companies, including a hotel where, if the sheets were indeed changed daily it was from bed to bed, and a drugstore chain, the branch of which in my neighborhood more and more resembles a Matthew Brady photo of the day after Gettysburg -- if you replaced the bodies strewn on the ground with toothpaste cartons, containers of painkiller and shredded circulars.

Not one has been answered, which makes it all the more frustrating that when a store -- the hardware behemoth Lowe’s Home Improvement -- proves the exception and finally does respond to a complaint, it’s not for anything legitimate but in reaction to a right wing fringe organization’s hysteria over a cable reality show that depicts Muslims as normal people instead of terrorists. Lowe’s pulled its commercials from the TLC series "All American Muslim" (as did some other companies), reportedly caving to pressure from the Florida Family Association (FFA), a group which apparently consists of a single paid employee -- its president -- and a mailing list of an alleged 35,000 members. (Lowe’s now says the FFA did not force its decision; it was “negative chatter about the show…  appearing on social networks.”)

What’s more, I noticed the other day that Mark Ryan, who retired last year from his job as chief executive of the drugstore chain to which I complained -- CVS Caremark -- was one of the 10 most highly paid bosses in America. That’s according to the corporate governance group GMI Ratings. The New York Times reports, “In his last year at CVS he received total compensation of $29.2 million and an additional $50.4 million from stock awards and options.” He’s now an operating partner with Advent International, a private equity firm specializing in corporate buyouts. Which is interesting because during the time he was CEO at CVS, its stock price dropped by more than half.

Therefore, as my Christmas gift to the 1 Percent, here’s a suggestion to Ryan and all you other “job creators.” Take back some of those millions in executive compensation and invest them in real customer service. Generate work -- hire people to take care of the people who buy your products and sincerely, productively respond to their concerns and problems, just like the good old days.

Admittedly, I did find one other exception, which is why I have to get over to Starbucks. The other evening, I was griping because they ran out of the stuff they put in their holiday eggnog lattes. They gave me a coupon for a free drink. Say what you will about the caffeine empire -- they know how to handle a complaint.

So in the words of "The Simpsons’" Krusty the Klown, “"Have a Merry Christmas, Happy Hanukah, Kwazy Kwanzaa, a tip-top Tet, and a solemn, dignified Ramadan." And speaking of complaints, I just know I’ll be hearing about this.