He nearly suffered a career-killing defeat in his '92 House race, and this video helps demonstrate why 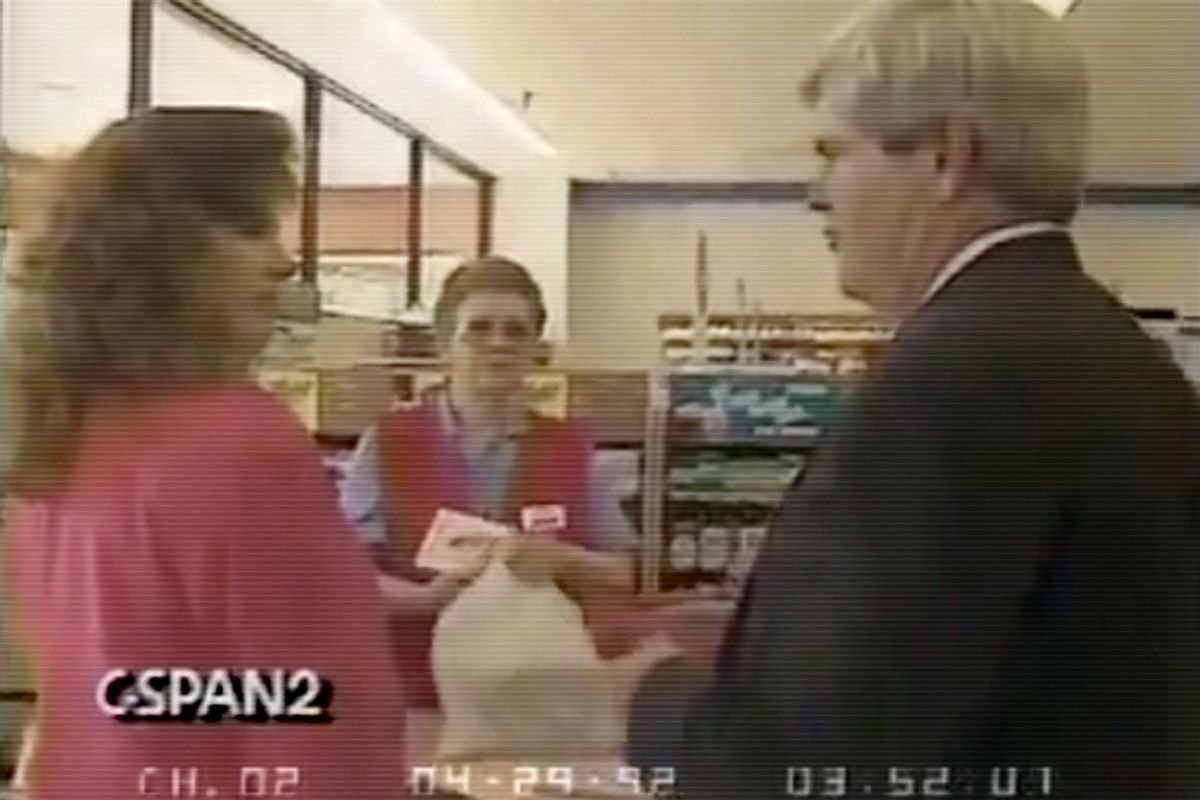 Andrew Kaczynski, who has combed C-Span's vast online video library to produce numerous fascinating viral videos of GOP candidates in their earlier years, just posted a fun one of Newt Gingrich meeting the locals at a North Georgia grocery store during his 1992 House reelection race. The awkwardness of some of these interactions will either make you laugh or cringe, especially when Newt falls back on the same joke attempt for the 12th or 13th time:

The context: Gingrich was actually an endangered political species at the time. In his 1990 reelection race, he'd survived by less than a point against a little-known and underfunded Democratic challenger, David Worley. Had national Democrats, who'd come to loathe Gingrich for his partisan warfare in the House, taken Worley's candidacy more seriously and invested in it, Gingrich likely would have lost that race.

To avoid another close-call, Gingrich managed to convince Georgia's mapmakers to draw him a more Republican-friendly district in advance of the '92 race. But as that campaign began, his name was dragged into the House banking scandal when it was revealed that he'd bounced 22 checks worth more than $26,000. Gingrich's Republican primary opponent, Herman Clark, succeeded in stoking public outrage -- almost enough to pull off the upset, falling less than 1,000 votes short in the July primary.

Gingrich easily won in the fall and had no trouble winning reelection in 1994, when Republicans won back the House for the first time in 40 years and he became the Speaker.

Here, also courtesy of Kaczynski, is an ad that Clark ran against Gingrich in '92: