The revelation that a key Rick Santorum backer wanted money raise the question: Is Iowa a racket? 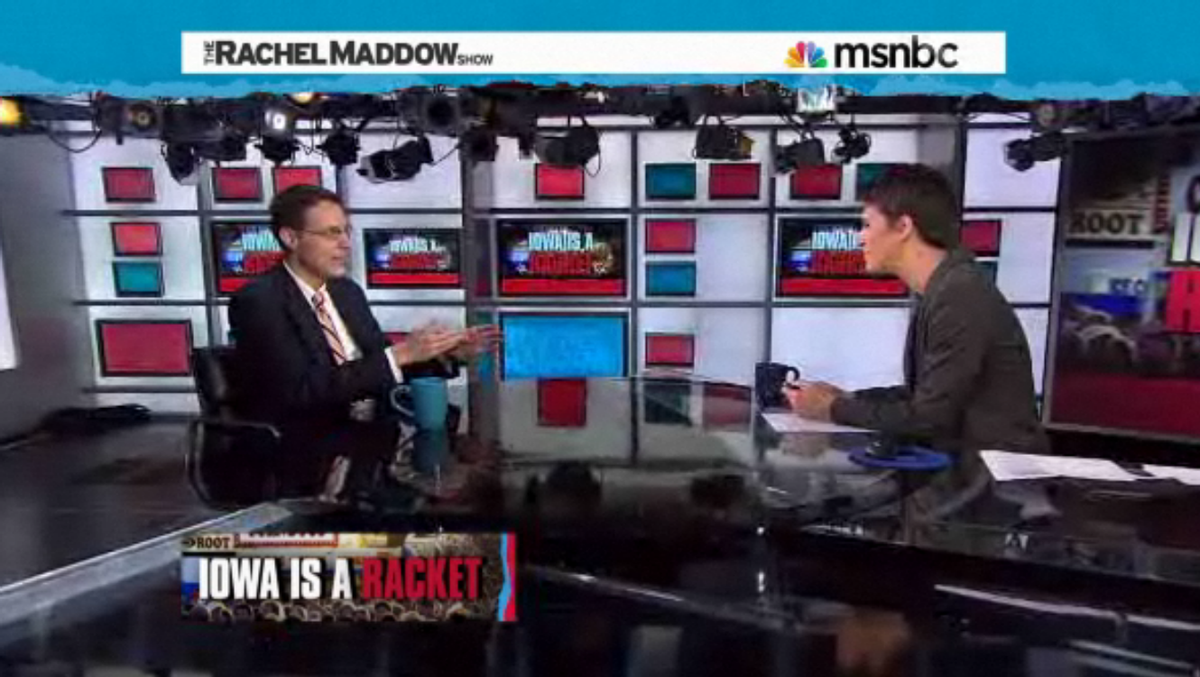 On Tuesday, Rick Santorum received a surprise endorsement from one of the most prominent Christian conservatives in Iowa, Bob Vander Plaats, fueling talk that maybe, somehow his presidential campaign was gaining late traction in the lead-off caucus state. But the value of that endorsement may already have been undermined by the taint of pay-to-play politics, with Santorum acknowledging that Vander Plaats had previously told him that he would need money to "promote" it.

In a way, the episode highlights the absurdity of the caucus process in Iowa, where an exceedingly narrow, activist-dominated portion of the state's electorate plays a crucial role every four years in winnowing each party's presidential field. Salon's Steve Kornacki appeared on "The Rachel Maddow Show" Thursday night to talk about the quirks of the caucuses and whether the GOP might be better off finding a new way of handling the first electoral test for its White House candidates: